The Biden Administration took another step in its efforts to thwart Chinese advances in high tech by implementing new restrictions on China’s access to U.S. semiconductor technologies. The U.S. Commerce Department’s Bureau of Industry and Security (“BIS”) has imposed a series of new controls on the export of advanced computing and semiconductor manufacturing items to China as well as transactions related to supercomputer end-uses in China. Aimed at addressing U.S. national security and foreign policy concerns related to China’s strategic and military goals, according to BIS, the new controls will restrict China’s “ability to obtain advanced computing chips, develop and maintain supercomputers, and manufacture advanced semiconductors.”

The new export controls emerged from the Biden Administration’s ongoing review of the U.S. export control policy toward China. China is likely to face additional controls on foundational and emerging technologies that can be used for military applications, the facilitation of advanced intelligence collection and analysis, surveillance, and human rights abuses.

The new controls on advanced computing items, supercomputing end-uses, and semiconductor manufacturing equipment were foreshadowed by National Security Advisor Jake Sullivan in a September speech in which he signaled that the United States aims to “maintain as large of a lead as possible” in foundational technologies such as advanced logic and memory chips. We expect the Biden Administration to implement further controls in the future on China’s ability to access technologies necessary to develop its own integrated domestic semiconductor industry.

U.S. export control policy is just one of several areas in which the United States is pursuing its ongoing economic and strategic competition with China. Through the recently passed CHIPS Act, the United States is incentivizing domestic production of semiconductors and conditioning the receipt of federal funding on restricting operations in China. The Federal Communications Commission is poised to issue rules in November that could broadly restrict U.S. operating licenses for Huawei and ZTE telecommunications technology and security cameras produced by certain Chinese manufacturers. The Commerce Department is also expected to issue rules implementing the telecommunications supply chain restrictions established in Executive Orders 13873 and 14017, which could restrict the use in the United States of foreign telecommunications technology that raises national security concerns. Taken together, these actions demonstrate that the United States is aggressively pursuing a concerted strategy to decrease U.S. dependence on China, hinder China’s development of critical technologies, and maintain U.S. leadership in various advanced technologies. 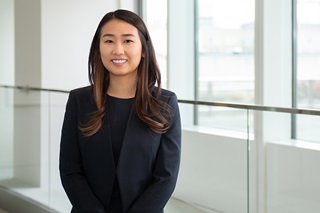