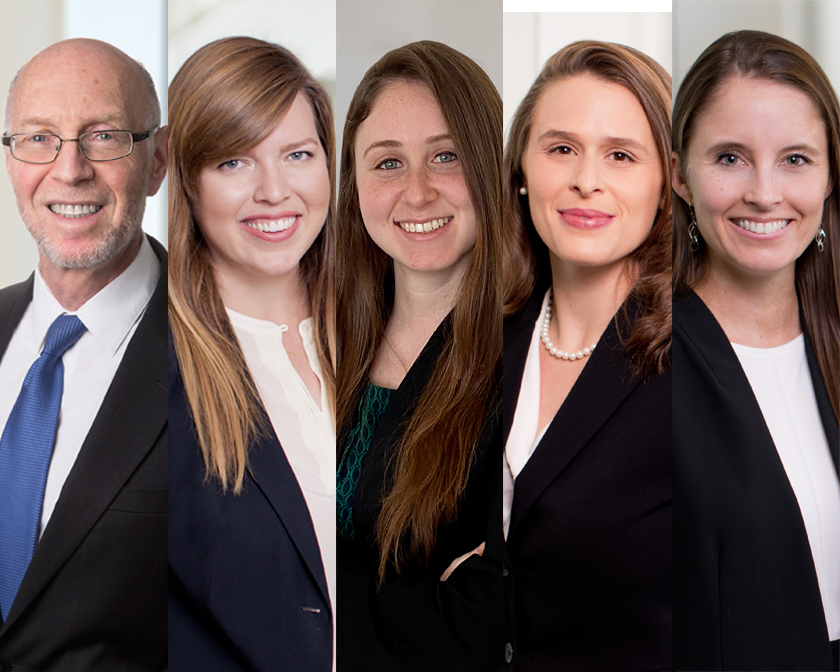 An O’Melveny appellate team, led by partner Michael Dreeben and joined by counsel Heather Welles and associates Mel Cassel, Natalie Camastra, and Kelly Kambourelis, filed an amicus brief on August 1, 2022, urging the United States Supreme Court to reaffirm that racial and ethnic diversity in education is a compelling state interest. The brief emphasizes the importance of racial and ethnic diversity to businesses and details the connection between university admissions and corporate success. O’Melveny and co-counsel filed the brief on behalf of nearly 70 American companies, which collectively employ more than 4 million people worldwide and brought in over US$2.5 trillion in revenue just last year.

The project began even before the Supreme Court granted certiorari when O’Melveny began discussions with Harvard’s counsel about filing an amicus brief to support diversity in higher education in the blockbuster companion cases of Students for Fair Admissions, Inc. v. University of North Carolina and Students for Fair Admissions, Inc. v. President & Fellows of Harvard College, Nos. 20-1199 and 21-707.  After the Court granted review, Harvard suggested that the O’Melveny team could make the case that the business community benefits from diversity in higher education, just as amici had done in Fisher v. University of Texas (2016) and Grutter v. Bollinger (2013).

Throughout the spring and early summer, the O’Melveny team researched and drafted the brief, delving deeply into the empirical literature on the impact of diversity on leadership, creativity, decision-making, and business success. Several summer associates assisted with the project, exploring Google scholar and using the library’s resources to unearth primary studies on diversity. As the outline of the brief took shape, the team reached out to O’Melveny clients and others committed to diversity. The goal was to represent a coalition of major businesses across the nation and in different industries so that the Court understood the widespread support for diversity. A technology industry group, Chamber of Progress, was the first to sign on officially.

Over the next month, the team circulated the draft brief and met with multiple companies’ general counsels. Team members emailed, Zoomed, and fielded phone calls from dozens of interested companies. The team delivered the message that “major American businesses have demonstrated the importance of diversity in university admissions for decades,” Dreeben noted, and “this brief would give business a chance to reaffirm that commitment to the Supreme Court.” Welles spoke for the entire team in adding that “the high stakes made this a meaningful brief to write, and we were excited to explain to the Court why so many in the business community support diversity.”

About three weeks before the August 1 filing deadline, a few companies signaled their intent to join the brief and many more had it under review. The team continued to work the phones to answer questions and refine the brief’s language in response to comments. And in the last week, the floodgates opened. Inquiries poured in, and with each new batch of signers, demand grew exponentially. “Even with five of us manning our inboxes, we could barely keep up,” Kambourelis said. “We were receiving scores of emails a day from companies interested in signing on, and we had out our conflicts team working nonstop to make it possible for dozens of companies to join.”

“I had never seen anything like this,” added Cassel. “It felt like a sporting event. We’d track, divide, and conquer emails as they came in, logging everything in an enormous color-coded chart.” Camastra agreed that the team’s cooperation was key. “If there were ever an example of seamless and selfless teamwork on a rewarding legal project, this would be it.”

When the dust settled, the O’Melveny team and co-counsel filed the brief on behalf of 69 companies across a range of industries—including technology, finance, health care, transportation, and retail. Among the dozens of briefs filed in support of Harvard and UNC, the O’Melveny business-community brief has already attracted widespread attention. The brief explains that, as was true in the Supreme Court’s landmark diversity cases, the interest in “promoting educational diversity on university campuses remains compelling from a business perspective.” And, the brief concludes, American businesses need higher-education institutions to select diverse student bodies in order to have well-trained leaders and workforces of the future, equipped to thrive in an increasingly diverse world.

The Court will hear arguments on October 31, 2022, and a decision is not expected until the spring or summer of 2023.