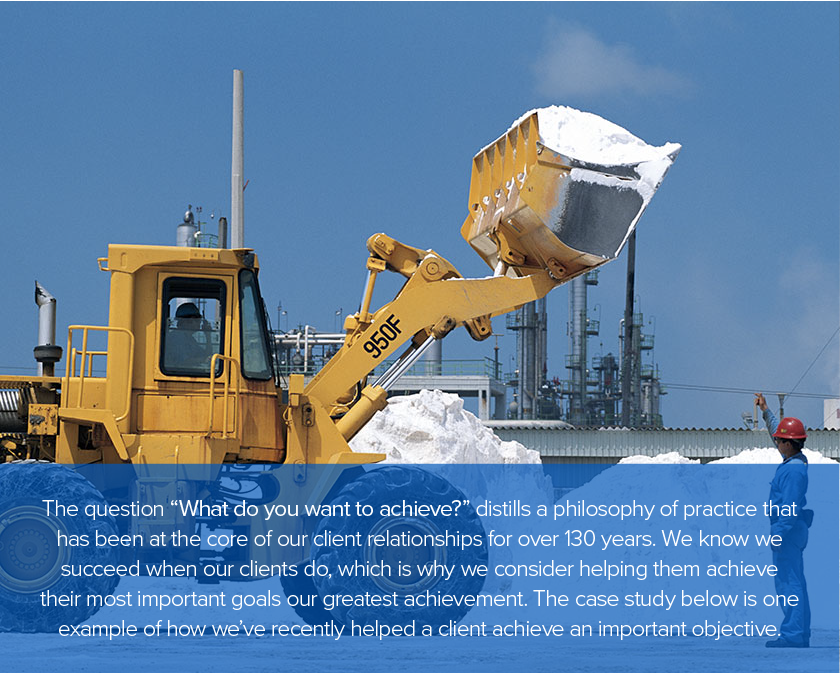 O’Melveny secured a major victory on behalf of Mexican salt mining company, Exportadora de Sal, S.A. de C.V. (ESSA), in the Ninth Circuit Court of Appeals. ESSA, a majority-owned subsidiary of the Mexican government, is one of the world’s largest producers of salt. At stake in this case, front page news in Mexico, were more than US$2 billion in alleged damages. The plaintiff, Packsys, S.A. de C.V. (Packsys), a Mexican manufacturing corporation, alleged that ESSA breached a multi-billion dollar contract to sell residual brine, a potentially lucrative byproduct of ESSA’s salt production. Packsys’ core argument was that ESSA was bound to the contract because its General Director had entered into the contract on its behalf.

O’Melveny was hired to take over for another firm a week before the deadline to file the motion to dismiss in Los Angeles federal district court, quickly assembling a bilingual team. The federal district court agreed with O’Melveny’s argument that ESSA was a “foreign state” under the Foreign Sovereign Immunities Act (FSIA) and, therefore, immune from jurisdiction; and that the business activities exception did not apply given that ESSA’s former General Director had failed to obtain official authorization from ESSA’s Board of Directors, as required by Mexican law. The Ninth Circuit agreed with the federal district court’s dismissal and adopted O’Melveny’s argument in a published opinion.