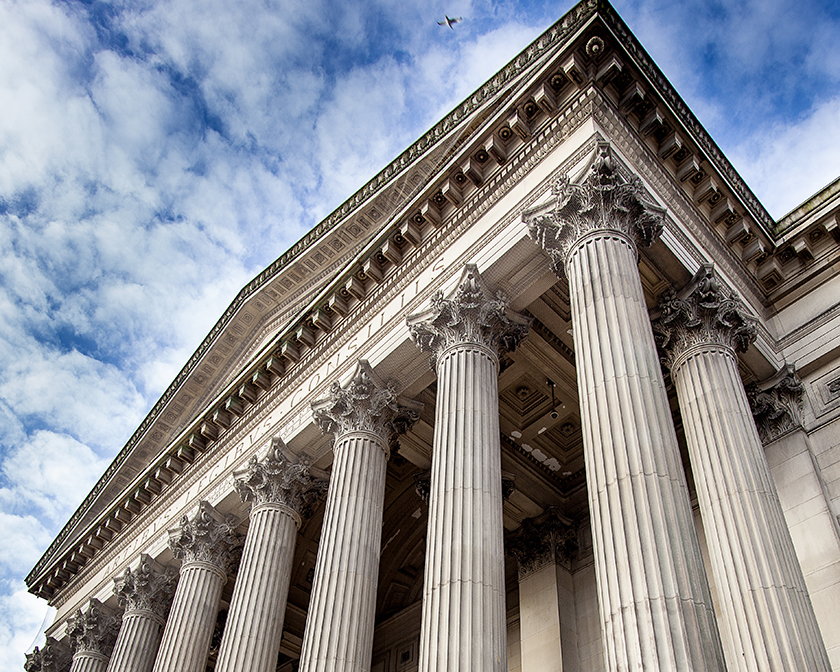 O’Melveny has one of the leading appellate practices in the United States. We proudly draw on those capabilities to serve the public good and advance the causes of those in need. Our practitioners argue before the US Supreme Court, the various circuit courts of appeals, and the highest state courts in cases that reach beyond the parties directly involved—and impact the rights of entire groups of people in areas such as reproductive health, immigration, and privacy.

Amicus Brief in Supreme Court Reproductive Rights Case. In a precedential ruling that narrows the limits that states can place on abortion access, the United States Supreme Court struck down a Texas law that strictly regulated abortion doctors and clinics, finding that it placed an unconstitutional “undue burden” on access to abortion. O’Melveny authored an amicus brief on behalf of 47 social scientists and the Guttmacher Institute, a leading research and policy organization, in support of petitioners in Whole Woman’s Health v. Hellerstedt. The case challenged two provisions of Texas House Bill 2, which required abortion providers to obtain admitting privileges at local hospitals and required abortion facilities to meet the standards of ambulatory surgical centers. If fully implemented, the provisions would have closed an estimated 75% of Texas abortion clinics. O’Melveny’s brief, which summarized social science and medical research on abortion, argued that abortion is already a safe medical procedure that will not be made safer by the law’s provisions. Instead, the requirements would harm women’s health, because the delays they create increase the likelihood that women will undergo later procedures, carry to term, or attempt to self-induce an abortion, all of which are riskier than obtaining an early legal abortion. In a concurring opinion, the court twice cited O’Melveny’s brief, pointing to studies that show that “[c]omplication rates from abortion are very low,” as well as statistics comparing risks for abortion with risks for routine medical procedures such as tonsillectomy, colonoscopy, and in-office dental surgery.
Representing Undocumented Mothers in Supreme Court Immigration Case. O’Melveny, with co-counsel at the Mexican American Legal Defense and Educational Fund (MALDEF), represented three undocumented mothers of US-citizen children as third-party intervenors before the US Supreme Court in United States v. Texas. Texas and 25 other states challenged the Obama Administration’s Deferred Action for Parents of Americans and Lawful Permanent Residents (DAPA) policy, which would have allowed roughly 4 to 5 million undocumented parents of US-citizen children to apply for discretionary grants of “deferred action”—temporary, revocable relief from deportation—and legal employment authorization. Before DAPA could be implemented, however, Texas filed suit in federal court, obtaining a preliminary injunction halting the policy in February 2015. O’Melveny’s involvement represents the culmination of an extensive effort that led to the immigrant mothers being added as parties to the case on November 19, 2015, thereby allowing them to participate as intervenors in the Supreme Court appeal. O’Melveny filed briefs in support of the petition for writ of certiorari and at the merits stage. In addition to supporting the Obama Administration’s arguments that Texas lacked standing to sue and that DAPA was a lawful exercise of executive authority, the O’Melveny briefs made the additional argument that Texas’s alleged financial injury underlying its purported standing was a speculative, illusory harm too conjectural to support jurisdiction. O’Melveny then helped to prepare MALDEF President Thomas Saenz to appear on behalf of the Jane Doe clients at the Supreme Court oral argument. Though the court ultimately deadlocked 4-4, leaving in place the preliminary injunction blocking the policy, O’Melveny’s work with MALDEF ensured that the families principally affected by the policy had a voice as parties in the case. (The case remains stayed in the district court pending a request by the Trump Administration for additional time to consider whether to continue defending the DAPA policy at the permanent injunction stage.)

Amicus Brief in Landmark Second Circuit Privacy Case. O’Melveny authored an amicus brief that helped achieve a pro bono victory for privacy advocates and providers of cloud-based services. In a closely watched case, the Second Circuit ruled that a warrant issued under the Stored Communications Act (SCA) cannot compel US companies to produce data stored abroad. In December 2013, the federal government obtained a search warrant for e-mails from a Microsoft Outlook user in connection with a drug investigation. Most of the relevant data was stored on a server in Dublin, Ireland. Microsoft produced all data housed in the United States but refused to turn over data stored overseas, arguing that a US court had no authority to compel a search abroad and that the federal government should instead rely on a longstanding mutual legal-assistance treaty to obtain the data from Ireland. Microsoft moved to vacate the warrant in the Southern District of New York, but the motion was denied. The magistrate judge, and later the district court, agreed with the government’s position that the SCA warrant was actually more similar to a subpoena, which can be used to compel production of documents abroad. Microsoft still refused to comply and was held in contempt. Microsoft appealed to the Second Circuit, and O’Melveny, on behalf of the Brennan Center for Justice at NYU, the Electronic Frontier Foundation, the ACLU, and the Constitution Project, filed an amicus brief supporting Microsoft’s position in favor of privacy interests. On July 14, 2016, the Second Circuit reversed, holding that the SCA warrant should be treated as any other criminal warrant, not as a subpoena/warrant hybrid, and further found that Congress did not intend for extraterritorial application of the SCA. In its ruling, the Second Circuit concurred with arguments advanced by O’Melveny, finding that the challenged “search” would necessarily occur in Ireland—at the moment the data was copied—not upon its examination in the United States.

Amicus Brief in Ninth Circuit Ruling Protecting Undocumented Children. In a ruling that strengthens a 1997 agreement protecting undocumented children, the Ninth Circuit agreed with arguments made in an amicus brief filed by O’Melveny on behalf of a group of social scientists. In Flores v. Lynch, the Ninth Circuit held that the Flores Settlement Agreement, which governs the Department of Homeland Security’s detention of minors, applies to all children rather than just “unaccompanied minors.” The court based its decision on the agreement’s broad definition of a “minor,” as well as on the structure of the agreement, which provided special guidelines for unaccompanied minors, suggesting an agreement that covered all minors. The Ninth Circuit also affirmed the denial of the government’s motion to amend the agreement. Echoing O’Melveny’s brief, which cited research showing that the detention of refugee families does not significantly “drive any change in migration of mothers and children from Central America,” the court rejected the government’s claim that a surge in migration justified a modification. The decision strongly suggests that future attempts by the government to modify the agreement are unlikely to succeed in court.

Fourth Circuit Appeal Challenging Deportation of Legal Permanent Resident. O’Melveny convinced the Fourth Circuit that the Board of Immigration Appeals erred in ruling that a pro bono client’s criminal conviction was an “aggravated felony theft offense” that made him automatically removable from the country under federal immigration law. The government had charged a lawful permanent resident from the Dominican Republic as an aggravated felon based on his conviction for receiving embezzled or stolen property. He represented himself in agency proceedings. The immigration judge ruled, and the Board of Immigration Appeals agreed, that his conviction was a “theft offense,” making him automatically deportable. Still proceeding pro se, he petitioned for review in the Fourth Circuit, which declined his request to stay removal until it had considered his petition. After he was removed to the Dominican Republic, the court asked O’Melveny to represent him on appeal. O’Melveny briefed and argued the case before the Fourth Circuit. In language closely tracking O’Melveny’s arguments, the court found that the government’s position would lead to the “anomalous result” that an immigrant convicted of stealing US$10,000 worth of property would not be an aggravated felon, yet another immigrant convicted of receiving just a fraction of that same property sometimes would be. The court explained: “This result makes scant sense and cannot stand.” All told, the court held that relevant precedent, “combined with a straightforward reading of” the applicable criminal and immigration statutes, dictates the result in favor of O’Melveny’s client. The court afforded him all available relief, remanding the case for further agency proceedings.