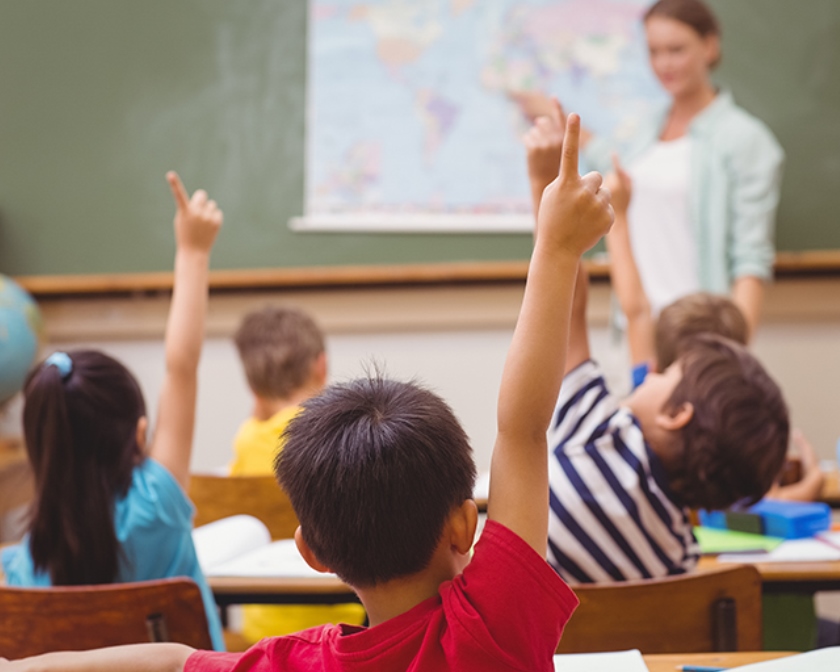 A hallmark of O’Melveny’s pro bono and public interest efforts has long been advocating for education rights and interests in our communities. Our lawyers have taken on important cases fighting for adequate school funding and oversight, and assisted in the launch of a new program aimed at nationwide education reform.

Challenge to Constitutionality of Pennsylvania Education Funding. O’Melveny is representing a group of Pennsylvania school districts and parents in their challenge to the constitutionality of the Pennsylvania education funding system, which creates gross funding disparities between wealthy and poor school districts. Following the Commonwealth Court’s dismissal of that challenge as non-justiciable, O’Melveny appealed to the Pennsylvania Supreme Court, which heard oral argument in September 2016. O’Melveny explained that judicially manageable standards are available for determining whether the state legislature is complying with its constitutional obligation to “provide for the maintenance and support of a thorough and efficient system of public education,” including exam scores showing that a vast majority of students in low-wealth districts are failing to meet state academic standards. A decision is expected in summer 2017.

Representing DC Public Charter School Board in Oversight Dispute. O’Melveny represented the DC Public Charter School Board in its decision to revoke the charter of the Dorothy I. Heights Community Academy Public Charter School (CAPCS) due to alleged fiscal mismanagement and the failure of CAPCS trustees to exercise fiduciary responsibilities. The DC Attorney General filed suit against CAPCS and its founder, Kent Amos, alleging that, over eight years, CAPCS paid Amos’s management company more than US$12 million in public funds to provide services that publicly paid school employees were already providing. In February 2015, the Charter School Board revoked CAPCS’s charter, leading the school to sue the Board in DC Superior Court, challenging the ruling as procedurally and substantively arbitrary and capricious. But the judge rejected CAPCS’s lawsuit, agreeing broadly with arguments O’Melveny advanced on the Board’s behalf. In June 2015, CAPCS’s charter was formally revoked and its assets were acquired by an existing charter school.

Launch of Nationwide “Super School” Campaign. O’Melveny is backing the nationwide education reform campaign of XQ Institute, a nonprofit tied to Emerson Collective, the philanthropic LLC founded by Laurene Powell Jobs. Dubbed the “Super School Project,” XQ Institute’s campaign is a multiyear commitment to create “successful, transformational schools that inspire the nation and generate catalytic positive change.” The initiative brings together the talent, resources, and attention of educators, community members, business leaders, new economy inventors, and students to envision and build new paths forward for the nation’s educational system. From Fall 2015 to Fall 2016, XQ Institute ran a nationwide contest inviting students, parents, and educators to form teams in their local communities and submit plans for building and operating innovative public high schools, to be called “XQ Super Schools,” as well as an imaginative high school curriculum. Ten winning XQ Super School ideas—double the number initially planned—have been selected to receive prizes of US$10 million each. O’Melveny has been involved with XQ Institute from its formation and continues to provide a broad range of advice, including operating as the organization’s outside general counsel.

Funding for Private Education of Learning Disabled Child. O’Melveny worked with Advocates for Children, an organization dedicated to securing quality and equal public education services for all children, to represent a 14-year-old learning disabled child and her mother in connection with an action against the Department of Education (DOE). Although bright and hardworking, O’Melveny’s client functioned well below her grade level and suffered emotionally due to an unsuitable placement at a mainstreamed public school that failed to provide her with adequate learning support. Despite her mother’s repeated requests for an evaluation and a more appropriate placement, which the DOE was legally obligated to provide, the DOE failed to recommend a suitable alternative. A guidance counselor told the girl’s mother that college was out of the question and that they should start looking into vocational school. To secure the education to which the client was entitled, O’Melveny represented her at an impartial hearing to demand tuition reimbursement for an appropriate placement at a private school that could meet her needs. The O’Melveny team prevailed at the hearing, securing complete tuition reimbursement, transportation, and 640 hours of remedial tutoring. The hearing officer also awarded legal fees, which O’Melveny donated to Advocates for Children. At her new school, this young woman is succeeding academically, making many friends, and participating in multiple sports; and recently, she was inducted into the National Honor Society. Her family is extremely grateful for O’Melveny’s help in obtaining this life-changing judgment.