On May 19, 2017, the Court of Appeals for the District of Columbia issued an opinion in Taylor v. Huerta striking down the Federal Aviation Administration’s rule requiring owners of small unmanned aircraft systems (UAS)—also known as drones—operated for recreational purposes to register with the FAA.  The FAA’s rule requires owners of UAS to register with the FAA by providing a name, address, and email, and paying a $5 registration fee.  It also requires UAS owners to display a unique identifier number issued by the FAA after registration.  The Taylor decision does not affect the registration requirement for owners of UAS used for commercial purposes, even if their UAS are physically indistinguishable from those used by hobbyists.

The court found that the FAA did not have the statutory authority to issue a rule requiring the registration of UAS used as “model aircraft.”  The court based its decision on the FAA Modernization and Reform Act of 2012, Pub. L. No. 112–95, 126 Stat. 11, which authorized the FAA to study and implement policies to integrate the use of UAS into the national airspace.  The court reasoned that section 336 of the FAA Modernization and Reform Act prohibited the FAA from promulgating “any rule or regulation regarding model aircraft.”  The court went on to explain that the statute defined “model aircraft” as “an unmanned aircraft that is — (1) capable of sustained flight in the atmosphere; (2) flown within visual line of sight . . .; and (3) flown for hobby or recreational purposes.”

(1) The aircraft is flown strictly for hobby or recreational use;

(3) the aircraft is limited to not more than 55 pounds unless otherwise certified through a design, construction, inspection, flight test, and operational safety program administered by a community-based organization;

(4) the aircraft is operated in a manner that does not interfere with and gives way to any manned aircraft; and

(5) when flown within 5 miles of an airport, the operator of the aircraft provides the airport operator and the airport air traffic control tower . . . with prior notice of the operation. . .”

In Taylor, the court did not mention or analyze whether the UAS at issue met the other conditions of section 336(a).  For example, the decision does not mention whether the petitioner’s model aircraft was being “operated in accordance with a community-based set of safety guidelines and within the programming of a nationwide community-based organization.”  If the UAS was being operated for hobby or recreational purposes—but not in accordance with community-based standards—the statute dictates that the FAA still has authority to regulate its operation.  But the Taylor decision implies that the FAA cannot regulate UAS that meet the statutory definition of UAS, which is less restrictive than the conditions in section 336(a).

How the Taylor decision will impact other FAA rules regulating UAS is yet to be seen.  In June 2016, the FAA issued its Final Rule on the Operation and Certification of Small Unmanned Aircraft Systems (Final Rule).  This rulemaking was the FAA’s first major effort to pass a rule integrating the use of UAS into the national airspace.  Among other things, it designated airspace in which UAS could legally operate, allowed UAS operators to obtain an airman’s certificate by passing a knowledge-based test, and even allowed for deliveries by UAS under limited circumstances.  The FAA estimated that the Final Rule could generate more than $82 billion for the U.S. economy and create more than 100,000 new jobs.1

In recognition of its limited authority to regulate model aircraft, the Final Rule by its terms does not apply to model aircraft that meet all the criteria in section 336 of the FAA Modernization and Reform Act, including the conditions in section 336(a).2  This may make the Final Rule vulnerable to legal challenge under Taylor by those who operate UAS recreationally but who do not wish to operate within a community-based set of safety guidelines and within the programming of a nationwide, community-based organization.

Under Taylor, these operators may argue that as long as they meet the definition of “model aircraft,” FAA regulations should not apply to them.  Whether this argument will be persuasive, or even advanced by litigants, remains an open question, but the FAA has already made its view clear in its guidance for interpreting section 336: “[o]perations that meet the section 336 definition of ‘model aircraft’ must also meet the five additional criteria for model aircraft established in section 336(a) to be exempt from future rulemaking regarding model aircraft.”3  This position is consistent with the plain language of section 336 of the FAA Modernization and Reform Act, but at odds with the reasoning in Taylor.


This memorandum is a summary for general information and discussion only and may be considered an advertisement for certain purposes. It is not a full analysis of the matters presented, may not be relied upon as legal advice, and does not purport to represent the views of our clients or the Firm. Brian Berliner, an O'Melveny partner licensed to practice law in California and Washington D.C., and Joe O'Connor, an O'Melveny counsel licensed to practice law in California, contributed to the content of this newsletter. The views expressed in this newsletter are the views of the authors except as otherwise noted. 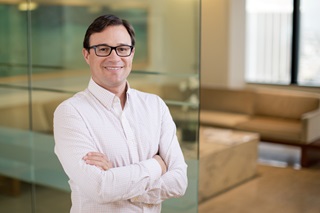