In a key decision for water providers, the California Court of Appeal published an opinion this week rejecting the mandatory imposition of conveyance rates that include a pro rata share of systemwide costs on nonmember water agencies that purchase conveyance capacity. Cent. San Joaquin Water Conservation Dist. v. Stockton E. Water Dist., No. C072218 (Jan. 25, 2017). The court determined that imposing such rates on agencies not involved in underlying decision-making would violate California’s statutory requirement that public owners of water conveyance make unused capacity available in return for “fair compensation.”

The court originally decided the case in late December, but published the decision on January 25. The decision to publish highlights the importance of the decision and its precedential value for future water conveyance disputes in California.

Stockton East owns a 40-mile conveyance system made up of a dam, a tunnel, canals, and pipelines, which transports water from the New Melones reservoir to its service areas. Although Central originally intended to serve as a partner in construction of the project and the system was built to include capacity for Central, Central is not a member of Stockton East’s district and is considered a “third party,” removed from the decision-making and rate-setting processes of the district.

Stockton East had been wheeling water for Central since the early 1990s, but disputes later arose over payments, and in 2008, Stockton East moved to terminate the contracts. In 2010, Central offered to pay $5 per acre foot, while Stockton East calculated that its fair compensation was $41.50 per acre foot based on a proportional allocation of the costs of maintaining the conveyance system, including debt servicing, a rate roughly double what Central had been paying prior to the dispute. Unproductive negotiations broke down, and the parties began litigating in 2010.

The Court of Appeal upheld a lower court decision rejecting Stockton East’s attempt to charge a nonmember conservation district a pro rata share of the costs of maintaining the system. The fact that Central was not a member of the Stockton East district played heavily in this finding because Central was removed from any decision-making or ultimate responsibility for the costs of the system.

On the other hand, the court also rejected Central’s assertion that only rates reflecting the incremental costs of wheeling the water as well as the costs of alternative sources, such as pumping groundwater, were “fair.” Because “the Legislature did not intend that the impact of the Wheeling Statutes should be to cause a water conveyance system owner to lose money or to subsidize wheeling transfers,” the court held that a conveyance owner may consider systemwide costs in setting rates. Slip. op. at 16 (quoting Metropolitan Water Dist. v. Imperial Irrigation Dist., 80 Cal. App. 4th 1403, 1433 (2000)).

The court concluded that because the Legislature did not reference any specific formula or methodology for calculating a “reasonable rate,” rates must be set on a case-by-case basis. In reaching this determination, the court distinguished its prior decision in Metropolitan Water District v. Imperial Irrigation District, in which the court held that fixed conveyance rates that include systemwide costs may be imposed on member agencies, even if that rate is higher than the district’s actual costs to convey the agency’s water.

Ultimately, the court upheld the lower court’s conclusion that Stockton had not provided adequate evidence to justify rates that ran “counter to any ‘real-world’ analysis of competitive pricing.” Slip. op. at 17 (some internal quotation marks omitted).

Close monitoring of conveyance pricing rules is necessary in the wake of this decision, as the courts continue to flesh out the meaning of “fair compensation” in the context of California’s conveyance law.

As a result of the Central decision, conveyance owners must be prepared to justify third-party rates based on a host of factors, of which systemwide costs is merely one. Owners must also consider incremental costs, costs of alternative sources (generally groundwater), the purchaser’s status as a third party, and the value of any offsetting benefits, such as improved water quality. While pro rata rates may be permissibly applied to member agencies, third-party agencies must be treated differently. Although evidence in an individual case may justify such pricing, owners must be prepared to defend each contract on a case-by-case basis. 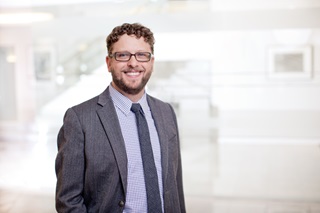