On April 5, 2016, the Department of Justice (“DOJ”) Criminal Division’s Fraud Section released a memorandum setting out “three steps” in its “enhanced” enforcement of the Foreign Corrupt Practices Act (“FCPA”).  See Apr. 5, 2016 “The Fraud Section’s Foreign Corrupt Practices Act Enforcement Plan and Guidance” (“Guidance”).  Though the Guidance has received considerable media attention, it largely represents a codification of existing practice rather than the rollout of any dramatic new measures.  The first two “steps” — the addition of resources (including ten new prosecutors) to the Fraud Section’s FCPA Unit and the FBI’s addition of three new agent squads dedicated to FCPA cases (as well as kleptocracy and international antitrust cases), and increased cross-border cooperation with foreign law enforcement — have been reported in the media for months, and widely and publicly discussed by DOJ officials.  Recent settlements this year have suggested that DOJ will continue to assert aggressive theories of jurisdiction to pursue violations by foreign entities and individuals.

The third “step” announced in the Guidance is the most notable:  a one-year Pilot Program, which took effect April 5, 2016, and is designed to encourage companies to voluntarily self-disclose FCPA violations by offering cooperation credit — resulting in potentially lower fines and even the declination of prosecution — beyond that available under the Sentencing Guidelines.  But as discussed below, there are stringent requirements that DOJ will consider in deciding whether a company qualifies for the benefits of the Pilot Program.

This Pilot Program will apply only to FCPA matters handled by the Fraud Section’s FCPA Unit — not matters handled by any other part of DOJ, or any other agency.  And it builds on a broader DOJ-wide emphasis on cooperation, particularly in investigations and prosecutions of individuals, as set out in the September 9, 2015 memorandum of Deputy Attorney General Sally Yates, known as the “Yates Memo.”  See Yates Memo; Sept. 15, 2015 OMM Client Alert.

Although the Pilot Program is new in form, DOJ has for years been applying essentially these same principles in its dealings with cooperating companies.  And although the Pilot Program provides guidance as to expectations, it explicitly withholds any guarantees that particular behavior will lead to particular treatment.  Notably, DOJ did not adopt policies analogous to the compliance defense available under the UK Bribery Act.  See UK Ministry of Justice’s Guidance on the Bribery Act 2010 at 15 (Mar. 2011) (“The commercial organization will have a full defense if it can show that . . . it nevertheless had adequate procedures in place to prevent persons associated with it from bribing.”).  Nor did it heed the calls from experienced practitioners for an explicit path to declination or deferred prosecution.  See, e.g., William B. Jacobson, No Legislation Necessary: A Five-Part Test To Negate Corporate Criminal Liability in FCPA Cases, CRIM. L. REP. (2012); Mike Koehler, Revisiting a Foreign Corrupt Practices Act Compliance Defense, 2 WIS. L. REV. 609 (2012).  Despite these limits, the Guidance is valuable simply for the increased transparency that it provides.

The Guidance sets forth the standards for (i) voluntary self-disclosure of FCPA violations, (ii) full cooperation, and (iii) timely and appropriate remediation under the Pilot Program.

To receive the maximum potential benefit of the Pilot Program, a company must voluntarily self-disclose FCPA misconduct, as measured by three factors:

Guidance at 4.  The Guidance also makes clear that if a company was “required . . . by law, agreement, or contract” to make a disclosure, such disclosure does not count as voluntary self-disclosure under the Pilot Program.  Id.

In addition to a company’s cooperation being voluntary, to qualify for the Pilot Program’s benefits it must also be complete.  The list of factors DOJ will consider in deciding whether a company has provided what it considers to be “full cooperation” is extensive.  Companies must:

Id. at 5–6.  Notably, the Guidance states that these factors are in addition to, not in place of, other factors that DOJ takes into account in deciding whether to prosecute corporations and other business entities, namely, the Principles of Federal Prosecution of Business Organizations (referred to as the “USAM Principles”), as modified by the Yates Memo and the August 28, 2008 memorandum of then-Deputy Attorney General Mark Filip (the “Filip Memo”).  For example, the above list supplements the factors prosecutors should apply when determining whether to charge a company, including the nature and seriousness of the offense, collateral consequences, and the adequacy of remedies and prosecution of responsible individuals.  USAM Principles at 9-28.300.

The Guidance does provide some relief where, for example, a company cannot meet one of the factors due to conflicting foreign laws.  For instance, companies conducting business in some foreign jurisdictions are subject to local banking privacy, data privacy, or state-secret laws that limit (or in some cases prohibit) the transmittal of certain types of information out of the foreign jurisdiction.  But in those circumstances, the company bears the burden of demonstrating why it cannot meet the relevant factor.  Guidance at 5 n.3.  And given DOJ’s prior statements on conflicts with foreign laws, this might be a heavy burden to carry.  See, e.g., Sept. 17, 2014 Remarks by Principal Deputy Assistant General for the Criminal Division Marshall L. Miller (“Corporations are often too quick to claim that they cannot retrieve overseas documents, emails or other evidence regarding individuals due to foreign data privacy laws.”).

The Guidance also acknowledges that “cooperation comes in many forms,” and advises the Fraud Section to take into account a company’s relative size and resources when assessing cooperation.  Guidance at 6.  DOJ does not “generally expect a company to investigate matters unrelated in time or subject to the matter under investigation in order to qualify for full cooperation credit.”  Id.  But the Guidance notes that certain evidence suggesting a “more widespread problem,” such as “evidence that the corporate team engaged in misconduct in overseeing one country also oversaw other countries[,]” “would normally trigger the need for a broader investigation.”  Id. at 6 n.5.  And as set forth in the USAM Principles, and reiterated in the Guidance, “eligibility for full cooperation credit is not predicated upon waiver of attorney-client privilege or work-product protection.”  Id. at 6.

If a company has met the “full cooperation” criteria, it must also undertake timely and appropriate remediation of any wrongdoing in order to qualify for the additional credit offered by the Pilot Program.  Guidance at 7.  Noting that remediation can be “difficult to ascertain and highly case-specific,” the Guidance provides factors to be considered in determining whether a company has sufficiently remediated any FCPA wrongdoing, including:

Id. at 8.  These factors largely mirror the “hallmarks of effective compliance programs” outlined in DOJ and the Securities Exchange Commission’s (“SEC”) November 2012 FCPA guide.  See A Resource Guide to the U.S. Foreign Corrupt Practices Act at 57–63.  Perhaps showing the input of the Fraud Division’s new compliance counsel, Hui Chen, the Guidance also identifies the quality, experience, relative compensation, and path to promotion of a company’s compliance personnel as important criteria for an effective compliance program.  Guidance at 7–8.

The Guidance provides a range of potential credits available under the Pilot Program for companies that qualify.  For example, when a company qualifies for the maximum potential mitigation credit by meeting all of the above-outlined criteria, DOJ:

In fact, if all criteria are met, the Pilot Program allows that in certain cases, the FCPA Unit may consider foregoing prosecution entirely.  But, according to the Guidance, such declination of prosecution is unlikely where, for example, “there has been involvement by executive management . . . in the FCPA misconduct, a significant profit to the company from the misconduct in relation to the company’s size and wealth, a history of non-compliance . . . or prior resolution by the company with the [DOJ] within the past five years.”  Id. at 9.

The Guidance also states that even where a company does not voluntarily self-disclose misconduct, it may nevertheless receive some cooperation credit, if it nonetheless fully cooperates and meets the criteria for appropriate remediation.  In those circumstances, a company could receive at most “a 25% reduction off the bottom of the Sentencing Guidelines fine range.”  Id. at 8.  Although the Guidance should not be read to imply that the FCPA Unit will generally require a monitor for all companies that do not self-report, it does suggest that DOJ will only consider declination where there is voluntary self-disclosure, full cooperation, and appropriate remediation.  This position is similar to — although not as explicit as — the SEC’s stringent self-disclosure prerequisite to deferred prosecutions and declinations.  See Nov. 17, 2015 Speech by SEC’s Director of Enforcement Andrew Ceresney (“The Division will require a company to self-report in order to be eligible for a DPA or NPA.”).

Although the Guidance provides further transparency about DOJ’s enforcement priorities and the criteria a company would have to meet to receive additional mitigation credit, it remains to be seen whether the Pilot Program will further encourage companies to voluntarily self-disclose FCPA misconduct, provide full cooperation, and adequately remediate any misconduct.

Until the Guidance is actually applied to specific cases, it will be difficult for defense counsel and their clients to determine whether the benefits of participating in the Pilot Program are sufficiently tangible to outweigh the risks.  And because the Guidance sets a high bar for obtaining mitigation credit, many companies may conclude it is not worth the risk of self-disclosure of a potential violation if there is a chance they will be unable to meet the Guidance’s strict criteria, especially considering that companies could still be eligible for a 25 percent reduction in recommended penalties if they fail to disclose but later cooperate, remediate, and disgorge profits.

In addition, although the Pilot Program is limited to DOJ’s FCPA Unit, companies should expect that other components of DOJ, and indeed other federal regulators, may, in their discretion, take into account the factors outlined in the Guidance for assessing whether companies have provided full cooperation in order to earn mitigation credit.  That is particularly the case given that recent prosecutions have joined FCPA violations with other charges.  See Apr. 1, 2016 OMM Client Alert (discussing joint enforcement of the FCPA and the Anti-Kickback Statute).  Thus, for example, an investigation involving conduct under the FCPA, which is now subject to the Pilot Program, and the antitrust laws, for which there is a different Leniency Program, would raise new issues for companies seeking a global resolution.  Counsel for companies would be advised to take those factors into account in anticipating arguments for why their clients should receive the greatest possible cooperation credit no matter what the setting of the investigation. 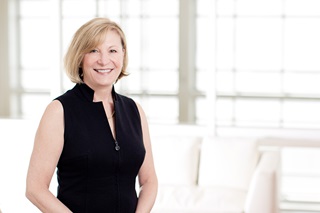 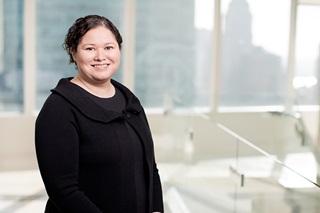 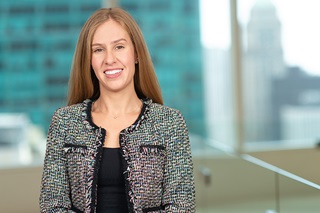