This white paper provides a further installment in our series of updates on China environmental safety and health law. Our prior update was issued on March 31, 2016, and can be found here.


I. China Formally Committed to Paris Agreement on Climate Change

On September 6, 2016, Chinese President Mr. Xi Jinping formally ratified the Paris Agreement on climate change on behalf of the People’s Republic of China. The Paris Agreement’s ultimate target is to limit global average temperature rise to well below two degrees Celsius above pre-industrial levels. Since the United States also acceded to the Paris Agreement last week, it is likely that the new accord will enter into force at the end of the year or beginning of next year. As a result, China will need to implement the Intended Nationally Determined Contribution Plan (INDC) it submitted in June of 2015, which includes peaking of GHG emissions levels by 2030. A recent World Bank analysis indicates that this will entail the highest per capita reduction of energy use among the signatories. Foremost among China’s INDC initiatives is reduction of fossil fuels in primary energy, with 20% of energy to be supplied by non-fossil sources (total coal use has thus far continued to increase). In the near term (before 2020), this will entail implementation of large-scale renewable energy generation (especially on shore wind), more efficient gas-fired plants, installation of ultra-high power voltage transmissions, advanced hydropower, and low-emission, coal-fired plants. Long term (by 2050), carbon capture and storage technology, which is still under development, will need to be operational. Wide-ranging changes will also occur in the near term in a broad range of sectors, including steel, chemicals and cement manufacturing, transportation, reforestation, and building efficiency. China is expected to launch by 2017 a national cap-and-trade program involving its largest sectors, including the power sector. The China INDC should be considered in tandem with certain objectives of the current national Five Year Plan described in more detail below.

Other countries in Asia are expected to follow China’s model in taking action on climate change. The Foreign Ministers of the Association of Southeast Asia Nation (ASEAN) committed to GHG reduction measures (as well as a reduction of regional haze due to forest destruction) in a joint statement issued in July 2016. And the G20 Leaders, who met in Hangzhou, China, in September 2016, aimed for the entry into force of the Paris Agreement by the end of this year and its speedy implementation.

The 10-year-old Environmental Impact Assessment Law was significantly amended on September 1, 2016, (the “Amendments”) to simplify the approval procedures for construction projects (mostly by eliminating the preliminary review stage) and to impose large administrative penalties calculated with reference to the total project investment amount and degree of adverse impact attributed to the project. Penalties may now be up to 5% of total project investment, representing a significant increase over the prior cap of RMB 200,000.

Promotion of green development is a key objective under China’s Thirteenth Five-Year Plan (2016-2020) (Plan), and the Chinese government has recently implemented some new measures in connection with the Plan.

i). Utilization of Power Generated from Renewable Energy

On March 24, 2016, the National Development Reform Commission of China issued the Administrative Measures for Guaranteed Purchase of Renewable Energy-generated Power in Full Amount (the “Purchase Measures”) to establish a limited priority purchase system for the purchase of renewable power. Under the Purchase Measures, the grid enterprises, including electric power dispatching institutions, are required to purchase the electric power generated by renewable energy projects. Renewable energy include wind, solar energy, biomass energy, geothermal energy, and ocean energy. In regions where utilization of renewable energy-generated power is limited, the annual amount of electric power required to be purchased under the Purchase Measures should be determined by the relevant authority, but in other regions, the power grid enterprises should purchase all such power generated to the extent they can based on their resource conditions. In addition, renewable energy projects will be considered in carbon trading systems to be implemented and are eligible to receive subsidies available on a regional basis.

On June 30, 2016, the Ministry of Industry and Information Technology released the Industrial Green Development Plan (2016-2020) (the “Plan”) which sets forth five key objectives and 10 tasks for China’s industrial green development. Foremost among these are: GDP energy consumption of above-scale companies reduced by 18% by 2020 compared to the 2015 level, unit GDP carbon emission reduced by 22%, and unit GDP water consumption reduced by 23%. In August, the Ministry of Environmental Protection indicated it has allocated 13 billion yuan ($1.95 billion) to improve and protect urban drinking water systems.

iii). To Assist De-Capacity of Steel and Coal Industries

Starting in July of 2016, the Ministry of Environment allocated 100 billion yuan (US$15 billion) for inspections of iron and steel facilities to assure their compliance with applicable air and waste water standards (inspections to be completed by end of October). The special inspection program is part of an effort to reduce high regional pollution impacts of the subject facilities. In a related effort, the Ministry of Finance (MOF) promulgated the Administrative Measures for Special Rewards and Subsidies for Structural Adjustments of Industrial Enterprises (the “Subsidy Measures”) designed to relocate high-impact facilities. The rewards and subsidies (estimated at RMB 100 billion) will be primarily used for transfer and resettlement of employees of state-owned enterprises, and may also be used for transfer and resettlement of employees of eligible non-state-owned enterprises in accordance with an overall plan.

China announced a new safety inspection on companies storing and transporting hazardous materials in May 2016 as part of a continuing effort to deal with catastrophic explosion and accident events like that which occurred in Tianjin. The program provides for a period of “self-inspection” before government inspection occurs.

The inspection will be conducted from May 2016 through November 2016. 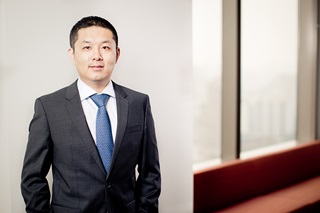