The ‘expedited procedure’ provisions under the rules of the SIAC, the HKIAC, and most recently, the ICC, share common ground in:

However, the institutions have taken different approaches when applying the ‘expedited procedure’ under their respective rules where the arbitration agreement provides for three arbitrators. This illustrates the tension that such institutions face between upholding party autonomy (which is an underlying principle of arbitration) and ensuring institutional control of the proceedings to limit the potential for delay.

The SIAC rules (Rule 5.2) provide that the case shall be referred to a sole arbitrator, unless the President of SIAC determines otherwise and in particular provides that:

“By agreeing to arbitration under these Rules, the parties agree that, where arbitral proceedings are conducted in accordance with the Expedited Procedure under this Rule 5, the rules and procedures set forth in Rule 5.2 shall apply even in cases where the arbitration agreement contains contrary terms” (Rule 5.3 of the SIAC rules).

These provisions appear to override party autonomy where the arbitration agreement provides for three arbitrators by imposing a sole arbitrator as a default.

The ICC rules, although worded differently, achieve effectively the same result. The relevant provisions provide that:

“The court may, notwithstanding any contrary provision of the arbitration agreement, appoint a sole arbitrator” (Article II, Appendix VI, of the ICC’s Expedited Procedure Rules).

While these provisions suggest that the ICC may choose more than one arbitrator for cases that are subject to the ‘expedited procedure,’ the ICC has recently clarified that its default position will be to appoint a sole arbitrator. In particular, the ICC’s recent press release dated 4 November 2016 states that, “Under the Expedited Procedure Rules, the ICC Court will normally appoint a sole arbitrator, irrespective of any contrary term of the arbitration agreement.”

The issue of whether an arbitral institution can override party agreement was dealt with by the Singapore High Court in AQZ v. ARA [2015] SGHC 49. In this case, the plaintiff sought to set aside an award rendered by a sole arbitrator (confirmed by the President of the SIAC) under Article 34(2)(a)(iv) of the UNCITRAL Model Law, which provides for setting aside when the composition of the arbitral tribunal or the arbitral procedure is not in accordance with the parties’ agreement. The arbitration agreement provided for three arbitrators. The Court rejected the application to set aside stating that since the parties had expressly chosen a version of the SIAC rules that contained the ‘expedited procedure’ provision (which required a sole arbitrator), it was consistent with party autonomy to override the parties’ agreement to use three arbitrators.

This decision indicates that an arbitral institution can impose a sole arbitrator for cases that are subject to ‘expedited procedure’ if the institution’s rules allow it. Given the strong preference of some parties to use three arbitrators in all instances, it serves as an important and timely reminder that regular users of arbitration should give careful consideration to which institutional rules they choose in their arbitration agreements. Even between leading institutions such as the ICC, SIAC, and HKIAC, there are key differences in their rules and approach to administering cases that can affect users significantly.

This memorandum is a summary for general information and discussion only and may be considered an advertisement for certain purposes. It is not a full analysis of the matters presented, may not be relied upon as legal advice, and does not purport to represent the views of our clients or the Firm. Denis Brock, an O'Melveny partner licensed to practice law in Hong Kong (Solicitor-Advocate), England & Wales (Solicitor-Advocate), Ireland, Australia, New Zealand and New York, Kieran Humphrey, an O'Melveny Counsel licensed to practice law in Hong Kong, England & Wales, and New South Wales, Australia, and Aditya Kurian, an O’Melveny associate licensed to practice law in India, contributed to the content of this newsletter. The views expressed in this newsletter are the views of the authors except as otherwise noted. 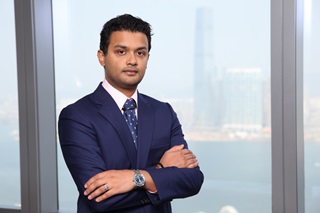