An Arrangement on the Mutual Taking of Evidence in Civil and Commercial Matters between Mainland China’s Supreme People’s Court and the Government of the Hong Kong Special Administrative Region (available here in English and here in Chinese) took effect on March 1, 2017.

The structure of the Arrangement is similar to the bilateral judicial assistance agreements, such as the Hague Convention of 1970 on the Taking of Evidence Abroad in Civil or Commercial Matters or the Hong Kong-United States Agreement on Mutual Legal Assistance in Criminal Matters, in which each party identifies a central or liaison authority to handle certain specified evidence requests.

The Arrangement puts in place a more efficient regime for the taking of evidence in civil and commercial proceedings from a third party based in either Hong Kong or the Mainland. It replaces the previous system in which “cross border” requests for evidence had to be transmitted through various high-level administrative organs in Hong Kong and the Mainland before being issued by the executing authority in the relevant location.

The scope of assistance available under the Arrangement is different between the two jurisdictions. Parties to civil or commercial proceedings in the Mainland can request the “examination of witnesses” or the “inspection, photographing, preservation, custody, or detention of property” based in Hong Kong. In contrast, parties to equivalent proceedings in Hong Kong can only request “statements from parties concerned and testimonies from witnesses” or “documentary evidence, real evidence (which may also be translated as physical evidence), audio-visual information, and electronic data” based in the Mainland. These distinctions reflect differences in practice between the two jurisdictions and the types of orders that are ordinarily available to parties in domestic proceedings.

Under the Arrangement, the language of the requests is to be in Chinese. Any requested party should complete the request within six months, to the extent possible. The Arrangement also specifies the contents of the letter of request, which must be issued by the courts of the respective jurisdiction.

It is expected that the Arrangement will overcome some of the difficulties that existed in obtaining evidence in “cross border” disputes. While it is too early to tell if it will lead to a substantial increase in requests for evidence between Hong Kong and the Mainland, it appears to be a step in the right direction for the development of civil and commercial litigation in both jurisdictions. 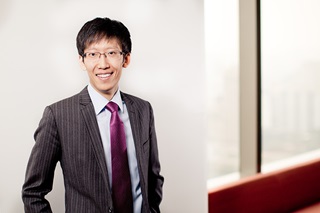