With its decision this week in In re Vitamin C Antitrust Litigation,1 the Second Circuit resolved a case of first impression and weighed in on the question of how far the Sherman Act extends abroad. The Second Circuit vacated a $147 million judgment against Chinese vitamin C manufacturers that admittedly conspired to fix prices and output in violation of the Sherman Act.2 Relying on the principle of international comity, the Second Circuit held that exercising jurisdiction over the defendants was improper—even though the price fixing harmed American importers and consumers—because the defendants’ actions were compelled by Chinese law.

The decision shows that American courts may be increasingly likely to dismiss US antitrust claims against foreign companies based in countries with heavy government involvement in the economy. Similar cases may be less likely to arise out of China going forward because the development of China’s antitrust regime (particularly the 2008 Antimonopoly Law) and its continued emphasis on market-oriented reforms have reduced state-compelled price fixing.

OVERVIEW OF THE CASE

The Second Circuit’s opinion brings this long-running action to a potential close. The plaintiffs, importers of vitamin C, filed the initial complaint in January 2005. The complaint alleged that four defendants—large, Chinese vitamin C manufacturers who collectively held over 60% of the worldwide market—conspired to fix prices and volumes in violation of Sherman Act § 1 and Clayton Act §§ 4, 6. In a motion to dismiss and subsequent motion for summary judgment, the defendants did not dispute the allegations, but raised three defenses: (1) foreign sovereign compulsion, (2) the act of state doctrine, and (3) the principle of international comity.3

The Chinese government—specifically the Ministry of Commerce of the People’s Republic of China (MOFCOM)—filed a sworn statement and historic amicus brief in support of the defendants’ motions, marking the first time any entity of the Chinese government appeared as amicus curiae in any US court. MOFCOM’s statement and brief stated that binding Chinese law compelled the defendants’ price fixing. US District Judge Brian Cogan nonetheless denied the defendants’ motions because he found that MOFCOM’s statement was not credible and was contrary to the factual record: “[MOFCOM’s] assertion of compulsion is a post-hoc attempt to shield defendants’ conduct from antitrust scrutiny rather than a complete and straightforward explanation of Chinese law during the relevant time period in question.”4 Following this decision and grant of class certification, several defendants settled, marking “the first civil settlements with a Chinese company in a US antitrust cartel case.”5 The remaining defendants went to trial; the jury returned a $147 million award.

On appeal, the Second Circuit held that the district court abused its discretion by not abstaining from exercising jurisdiction “on international comity grounds,” a “principle under which judicial decisions reflect the systemic value of reciprocal tolerance and goodwill” between the US and other countries.6 A starkly different view of MOFCOM’s statement drove the Second Circuit’s opinion.  The court criticized the district court’s failure to give MOFCOM sufficient deference, stating that “a US court is bound to defer to [] statements” about its laws and regulations made by a foreign government directly participating in a US court proceeding.7 Crediting MOFCOM’s statement, the Second Circuit found that the Chinese government forced the defendants to fix prices, thus creating a “true conflict” as defined by the Supreme Court in Hartford Fire.8 Because a “true conflict” existed between Chinese law and US law, the Second Circuit dismissed the case on international comity grounds.

This decision is significant because it limits the extraterritorial reach of the Sherman Act, thereby echoing recent decisions narrowing the geographic scope of US law in other areas.9 The seminal Alcoa case first clarified that the Sherman Act only applied to foreign conduct that had actual and intended effects on US commerce.10 Then, in 1982, Congress passed the Foreign Trade Antitrust Improvements Act (FTAIA) to subject to the Sherman Act import commerce and other foreign commerce with a “direct, substantial, and reasonably foreseeable effect” on the United States.11 The Supreme Court explained in Hartford Fire that “the Sherman Act applies to foreign conduct that was meant to produce and did in fact produce some substantial effect in the United States.”12

None of these cases and statutes definitively explain how comity affects a US court’s ability to hear a Sherman Act claim against a foreign defendant. Some courts turn to comity as a principle of statutory construction to determine whether the Sherman Act grants a cause of action or jurisdiction.13 Under this view, where a claim is properly before the court, no comity analysis is necessary because Congress is best situated to make inherently political determinations about the effects of US laws on foreign relations. Other courts—including the Second Circuit in In re Vitamin C—consider that a comity analysis remains proper even where plaintiffs’ cause of action and the court’s jurisdiction are undisputed.14 This view reserves to US courts considerable power to relinquish jurisdiction over foreign defendants, such as those in this case, that are in violation of US antitrust laws and undoubtedly subject to the jurisdiction of US courts.

By exercising that power here, the Second Circuit strengthens the view that a “true conflict” between US and foreign laws nearly guarantees a case’s dismissal. Before the Supreme Court’s Hartford Fire decision, courts evaluated comity based on the factors enunciated by the Ninth and Third Circuits in Timberlane Lumber and Mannington Mills, including the degree of conflict with foreign law, the nationality of the parties, and the availability of a remedy abroad.15 Then, in Hartford Fire, the Supreme Court refused to relinquish jurisdiction on comity grounds, explaining that a “true conflict” exists only where a defendant is incapable of complying with both US and foreign law.16 That is, comity applies where one sovereign’s law compels a course of action that another sovereign’s law condemns. Courts remain divided on whether Hartford Fire’s heavy focus on the presence of a “true conflict” displaced or merely clarified the factors enunciated in Timberlane Lumber and Mannington Mills. The Second Circuit returned to the first principle of comity analysis by looking for a “true conflict” between US and Chinese law as a threshold matter, and relied on the existence of that conflict to reverse the district court. By devoting almost all of its analysis to the true-conflict factor, the court arguably confirmed that this factor is indeed the determinative one, particularly when the conflict originates from a foreign country with significant political and economic clout, such as China.

Exact analogs to the Vitamin C litigation are unlikely to emerge moving forward because the regulatory regime at issue in that case no longer exists. China’s first comprehensive competition statute, the Antimonopoly Law (AML) took effect in 2008. The AML and its implementing rules broadly prohibit horizontal price-fixing and output restraints referred to as “monopoly agreements,” and explicitly forbid trade associations from facilitating cartels. Over the last eight years, Chinese competition authorities have actively enforced the AML against both domestic and international cartels, including many cartels involving state-owned enterprises or trade associations. In 2015, the central government launched a new “fair competition review mechanism” aimed at paring back anticompetitive government policies and regulations. While the AML leaves some room for coordinated efforts to maintain the competitiveness of Chinese enterprises, collusion among exporters would generally be prohibited, unlike the facts presented in the Second Circuit’s Vitamin C opinion. Although significant differences between the AML and the competition laws of the US and other jurisdictions persist, a “true conflict” between the Sherman Act and Chinese law is far less likely today than in 2001.

The Second Circuit’s opinion itself hinted that the conflict between US and Chinese law that it had to resolve may be more of a relic of the past than a major concern moving forward. The court noted that the PVC program was “intended to assist China in its transition from a state-run command economy to a market-driven economy” and that “the resulting price-fixing was intended to ensure China remained a competitive participant in the global vitamin C market.”17 With these statements, the court seemed to suggest that China’s use of these types of state-sanctioned coordination is on the decline.

Nevertheless, Chinese companies operating under a hybrid state-run and capitalist economy may still pursue conduct that violates the Sherman Act under state direction in some key industries in which the government operates with a heavier hand, thereby limiting private plaintiffs’ ability to recover in federal court under the Second Circuit’s precedent. This, in turn, may push US companies to pressure the US government to bring an action at the WTO rather than rely on civil litigation, as suggested by the Second Circuit itself, or look at other avenues such as the administrative courts in the ITC, as a group of US steel manufacturers have already done.18 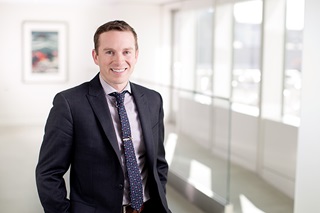