On November 22, 2016, in a highly watched and politically charged matter, Judge Amos Mazzant of the United States District Court for the Eastern District of Texas issued a nationwide preliminary injunction (the “Order”) barring implementation of the United States Department of Labor’s (USDOL’s) new overtime regulation (the “Final Rule”). The Final Rule had been set to go into effect on December 1, 2016, raising the salary basis test for the executive, administrative, and professional (EAP) exemptions under the Fair Labor Standards Act (FLSA) from $455 per week to $913 per week, which is the equivalent of $47,476 per year.1

The Order is primarily concerned with the first element of the preliminary injunction test: a substantial likelihood of success on the merits, which in this case involved determining whether the Final Rule was entitled to Chevron deference.2 In considering this question, the Court first looked to the FLSA’s actual language regarding the EAP exemption. Specifically, the FLSA states that “‘any employee employed in a bona fide executive, administrative, or professional capacity... as such terms are defined and delimited from time to time by regulations of the Secretary’ shall be exempt from minimum wage and overtime requirements.”3 The Court proceeded to consult the Oxford English Dictionary’s definitions of “executive,” “administrative,” “professional,” and “bona fide” and determined that these terms unambiguously referred to duties, not compensation. Accordingly, the Court concluded that the Final Rule was not entitled to Chevron deference:

Section 213(a)(1) authorizes the Department to define and delimit these classifications because an employee’s duties can change over time. The plain meaning of “define” is to “state explicitly; to limit; to determine the essential qualities of; to determine the precise signification of; to set forth the meaning or meanings of,” and the plain meaning of “delimit” is “to fix or mark the limits of: to demarcate; bound.” [citation omitted] While this explicit delegation would give the Department significant leeway to establish the types of duties that might qualify an employee for the exemption, nothing in the EAP exemption indicates that Congress intended the Department to define and delimit with respect to a minimum salary level. Thus, the Department’s delegation is limited by the plain meaning of the statute and Congress’s intent. Directly in conflict with Congress’s intent, the Final Rule states that “[w]hite collar employees subject to the salary level test earning less than $913 per week will not qualify for the EAP exemption, and therefore will be eligible for overtime, irrespective of their job duties and responsibilities.” With the Final Rule, the Department exceeds its delegated authority and ignores Congress’s intent by raising the minimum salary level such that it supplants the duties test. Consequently, the Final Rule does not meet Chevron step one and is unlawful.4

Once the Court determined the plaintiff States were likely to succeed on the merits, the other elements of a preliminary injunction were dispensed with quickly. The Court found that a likelihood of irreparable harm existed, largely based on state agencies who had submitted evidence that their “limited resources” were better prioritized to perform “critical, public safety-related functions” and that compliance with the Final Rule would therefore “have a detrimental effect on government services that benefit the public.”5 Similarly, the Court found that the balance of hardships favored the plaintiff States because they had demonstrated the possibility of such injuries, whereas the USDOL and other defendants had “not articulated any harm they will suffer from delaying an implementation of the Final Rule.”6 Lastly, the Court found that the public interest would benefit most from maintaining the status quo, on the ground that if the USDOL lacked the authority to promulgate the Final Rule, then no harm would be done to the public interest, and if the USDOL happened to prevail, the “injunction will only delay the [Final Rule]’s implementation.”7
Presumably, the USDOL and other defendants will quickly appeal this ruling, but at the very least employers that would otherwise have been affected by the Final Rule will have some additional time to consider how they want to proceed given the increased uncertainty in this area. It is also worth noting that the Order appears to not only bar enforcement of the Final Rule, but also to challenge the very idea of a salary basis aspect of the EAP exemptions. This part of the Order, if left undisturbed, could have ramifications well beyond the enforceability of the Final Rule.
1 See our prior Client Alert, dated May 18, 2016, on the Final Rule here.
2 See Chevron, U.S.A., Inc. v. Nat. Res. Def. Council, Inc., 467 U.S. 837, 842 (1984).
3 Order at p. 9 (quoting 29 U.S.C. § 213(a)(1)).
4 Order at pp. 12-13.
5 Order at p. 16.
6 Order at p. 17.
7 Order at p. 17.
This memorandum is a summary for general information and discussion only and may be considered an advertisement for certain purposes. It is not a full analysis of the matters presented, may not be relied upon as legal advice, and does not purport to represent the views of our clients or the Firm. Apalla Chopra, an O'Melveny partner licensed to practice law in California, Gregory Jacob, an O'Melveny partner licensed to practice law in the District of Columbia and Virginia, Adam Karr, an O'Melveny partner licensed to practice law in California, Jeffrey Kohn, an O'Melveny partner licensed to practice law in New Jersey and New York, and Adam KohSweeney, an O'Melveny partner licensed to practice law in California and New York contributed to the content of this newsletter. The views expressed in this newsletter are the views of the authors except as otherwise noted. 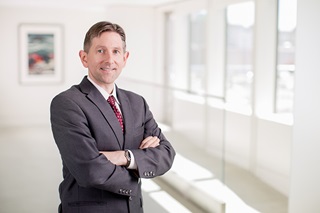