On September 14, 2016, the State of California enacted new legislation (the “Act”)1 that increases the amount of information that must be obtained and disclosed by California public pension plans (PPPs) with regard to their investments in private equity funds, venture funds, hedge funds, or absolute return funds (collectively, “Private Funds”). The Act is intended to increase the transparency behind the fees paid by PPPs to the managers of Private Funds.

The Act will apply with respect to each Private Fund to which a PPP makes an initial or additional capital commitment on or after January 1, 2017. A PPP will also be required to “undertake reasonable efforts” to obtain and disclose the information required by the Act for any existing investments in Private Funds.

However, because the CPRA requires disclosure only of written information prepared, owned, used, or retained by a PPP, it effectively allows a PPP and the sponsors of Private Funds to carefully craft investment agreements in a manner that allows a Private Fund and its manager to withhold trade secrets and other particularly sensitive proprietary information from the PPP and thereby protect it from public disclosure.3 The Act appears to have been designed to prohibit such arrangements.

Disclosure Requirements under the Act

The Act applies to any California public pension or retirement system. Therefore, not only will the legislation apply to state-level plans, but also to plans at the county and city levels. Notable plans that fall under the law include CalPERS, CalSTRS, retirement systems governed by the County Employees Retirement Law of 1937 (e.g., OCERs), LACERS, LACERA, and the Regents of the University of California Retirement System.

Pursuant to the Act, every PPP must require each Private Fund in which it invests to make the following disclosures (the “Additional Information”) to the PPP at least annually:

Every PPP must disclose the Additional Information at least once annually in a report presented at a meeting open to the public. The PPP’s report must also include the gross and net rate of return of each Private Fund, since inception, in which the PPP participates.7

There is no prescribed date by which the annual Private Fund or PPP reports must be made. It is also unclear whether PPPs will make the reports publicly available on their websites or whether such information will need to be requested.

Certain Considerations Regarding the Scope of Disclosure

The Act implements its mandate by requiring PPPs to demand the disclosure as part of its investment in a Private Fund. It is not yet known how PPPs or the courts will interpret the “reasonable efforts” obligation, nor is it clear who could enforce violations of the Act by a PPP.

Increased Demands for Disclosure from PPPs

Because PPPs are obligated to undertake “reasonable efforts” to obtain the Additional Information, sponsors of Private Funds will receive increased demands for information from PPPs regarding both new and pre-existing investments. With respect to pre-existing investments, these demands may relate to information Private Fund managers have been withholding from PPPs under existing agreements. Because neither California courts nor the California legislature has defined to what extent a PPP must go in order to expend “reasonable efforts,” it is not clear how hard PPPs will push their current Private Funds for Additional Information, especially since managers in general have no legal obligation to accommodate such requests. Clearly, PPPs will have to balance the value of their relationships with Private Fund managers (both for existing and potential follow-on investments) with their legal obligations to obtain Additional Information under the Act. If the Private Fund manager does not comply with a PPP’s disclosure requests mandated by the Act, a PPP may have to determine whether the “reasonable efforts” standard under the Act requires the PPP to withdraw from the Private Fund or, if no withdrawal is possible because a PPP invested in a closed-end fund, dispose of their interest in a secondary transaction.

The full consequences of the Act remain to be seen. It seems unlikely that the larger fund managers will abandon the California market as a result of the Act, especially with respect to CalPERS and CalSTRS, which are the two largest public pension plans in the US. However, certain Private Fund managers may be more reluctant to admit PPPs as investors into their Private Funds, particularly if the PPP’s investment would represent only a small percentage of the total fund size.

The Act may also impact fee negotiations between Private Fund managers and PPPs. Historically, some Private Fund managers may have been more inclined to negotiate preferred fee side deals with PPPs in exchange for their substantial capital commitments because, under the Private Fund’s tiered “most favored nation” provision or otherwise, the manager was not obligated to disclose these preferred fee deals to other investors. Certain pension consultants may aggregate the fee disclosures for the clients and/or publish it. Those fee cuts will now be made public.

We will continue to monitor the situation and keep our clients informed of new developments. If you have any questions related to the Act, please contact one of the O’Melveny attorneys listed on the side of this client alert.

1 To access the full text of the Act, click here.
2 “Alternative investment” is defined both under the Act and under the CPRA as “investments in private equity funds, venture funds, hedge funds, or absolute return funds.” Although not completely clear, we believe the CRPA and the Act are meant to cover other investment vehicles structured as pooled investment funds, such as energy, real estate, credit, royalty, and infrastructure funds. We do not believe separately managed accounts are picked up by the legislation.

3 Private Fund managers have historically been able to avoid disclosure by “freedom of information” (FOIA) laws such as CPRA by, for example, providing information to third-party consultants, who then process the information for the investor. This approach will no longer work.
4 The term “manager” includes the general partner, managing manager, adviser, or other person or entity with primary investment decision-making authority over a Private Fund and related parties of the manager.
5 A “related party” means any “related person” and any “operational person.” A “related person” means any current or former employee, manager, or partner of any related entity that is involved in the investment activities or accounting and valuation functions of the relevant entity or any of their respective family members. An “operational person” means any operational partner, senior advisor, or other consultant or employee whose primary activity for a relevant entity is to provide operational or back-office support to any portfolio company of any alternative investment vehicle, account, or fund managed by a related person.
6 Initial drafts of the Act required disclosure of total fees paid by the Private Fund portfolio companies to the Private Fund manager.

7 The internal rate of return is already subject to disclosure as a part of the CPRA Information.
8 Under the Act, “carried interest” is defined as “any share of profits from an alternative investment vehicle that is distributed to a fund manager, general partner, or related parties, including allocations of alternative investment vehicle profits received by a fund manager in consideration of having waived fees that it might otherwise have been entitled to receive.”
9 “Operational person” is defined in footnote No. 5 supra.
This memorandum is a summary for general information and discussion only and may be considered an advertisement for certain purposes. It is not a full analysis of the matters presented, may not be relied upon as legal advice, and does not purport to represent the views of our clients or the Firm. Timothy M. Clark, an O'Melveny partner licensed to practice law in New York, Don Melamed, an O'Melveny partner licensed to practice law in California, and Alicja Biskupska-Haas, an O'Melveny counsel licensed to practice law in New York, contributed to the content of this newsletter. The views expressed in this newsletter are the views of the authors except as otherwise noted. 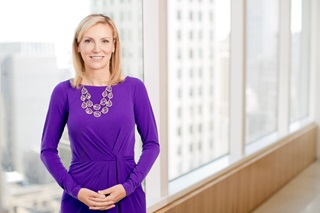 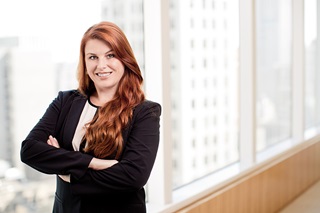