Employers that violate safety-related laws are likely to face more aggressive enforcement and steeper penalties in the future under new legislation allowing the Occupational Safety & Health Administration (“OSHA”) to increase its civil penalties for the first time since 1990. The “Bipartisan Budget Act of 2015” was passed by both houses of Congress and signed into law by President Obama on November 2, 2015. Section 701 of the Budget Act, entitled “Federal Civil Penalties Inflation Adjustment Act Improvements Act of 2015,” allows both a one-time increase to account for inflation since 1990, and eliminates the inflation-indexing prohibition that had kept penalties the same for over 25 years. It is expected that when OSHA publishes its new penalty schedule, fines for serious violations will increase from $7,000 to $12,600, and repeated or willful violations will increase from $70,000 to $126,000. The new penalties are expected to be enforced after August 1, 2016.

In addition to the higher civil penalties, the U.S. Department of Labor (“DOL”) and the Department of Justice (“DOJ”) have established a joint initiative aimed at more aggressive prosecution of criminal misconduct, particularly in cases involving worker endangerment. The joint initiative is aimed at prosecuting individual officers and managers, instead of naming corporate entities as responsible parties. Also changing is OSHA’s system for evaluating enforcement actions within the Agency, with greater emphasis on significant cases, especially process safety management violations.

Federal prosecutors are being encouraged to utilize the criminal provisions of the U.S. Code (Title 18) and the criminal provisions of environmental statutes when addressing worker-safety crimes, with the goal of enhanced penalties and increased deterrence. Pursuant to their new joint initiative, the DOL and DOJ will enforce provisions of the Occupational Safety and Health Act, the Migrant and Seasonal Agricultural Worker Protection Act, and the Mine Safety and Health Act.

The new Budget Act penalties coincide with Congressional efforts to curtail major accidental events also subject to scrutiny by the independent Chemical Safety and Hazard Investigation Board, established under the Clean Air Act. The Board has been subject to criticism following several major industrial plant explosions. An investigation by the U.S. Environmental Protection Agency Inspector General found that the Board was not investigating all the events that fell within its legal jurisdiction, was failing to timely close investigations, had retaliated against internal whistleblowers, and had shown disregard for proper Board governance.

This memorandum is a summary for general information and discussion only and may be considered an advertisement for certain purposes. It is not a full analysis of the matters presented, may not be relied upon as legal advice, and does not purport to represent the views of our clients or the Firm. Michael McGuinness, an O'Melveny partner licensed to practice law in California and Bob Nicksin, an O'Melveny counsel licensed to practice law in California, contributed to the content of this newsletter. The views expressed in this newsletter are the views of the authors except as otherwise noted. 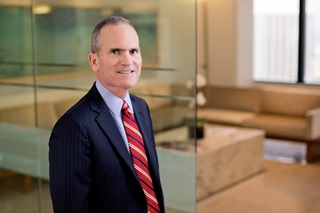