Despite extensive coverage in the press, the Guidelines are largely a continuation and extension of existing government policy, beginning as of late 2016, to restrict certain types of outbound investments perceived to be irrational, excessive, or speculative.[1]  The Guidelines formally confirm the Chinese government’s more active involvement in deciding which outbound projects are worthy of investment by dividing such investments into “encouraged,” “restricted,” and “prohibited” categories.

Overseas Investment in Film and Entertainment Business is Restricted

The “cinema complex” [2] and “entertainment industry” falls into the Guidelines’ restricted category that will be scrutinized more carefully by the Chinese government (along with other industries such as real estate, hotels, and sports clubs).  Taken together, restrictions on “cinema complex” and “entertainment” provide a very broad umbrella for capturing the entire entertainment eco-system (e.g.,
movie, television, music, gaming, theme park, and other forms of entertainment-related businesses).  As such, the restrictions impact not only overseas equity investment in movie production and/or distribution companies and slate financings, but also potentially many other types of entertainment-related investments (e.g., single project-based collaborations).

Incremental reforms in recent years have streamlined China’s outbound investment regime by implementing separate processes for (i) more rigorous and time-consuming “verification and approvals” of certain types of outbound investment projects (Approval(s)) and (ii) less rigorous and time consuming “record-filings” of certain other types of projects (Filing(s)), depending on size, scope, and nature of the transactions.  In each case, the Approval or the Filing is made with at least NDRC and MOFCOM (or their local counterparts).  Based upon the Guidelines, any outbound investment in the entertainment sector will be subject to the Approval process (instead of the Filing process).  Moreover, the spokesman of NDRC further confirms in a press conference that additional regulations and implementing policies on outbound investment are currently in process and will be forthcoming.

The presence of China’s regulatory regime on outbound investments has long cast a shadow on US entertainment-related deals involving Chinese parties, due to uncertainties about whether the necessary Approvals or Filings can be obtained and the timing involved—questions exacerbated by the general lack of transparency surrounding the process.  The practical result has been that, in order to stay competitive with the investors from other nations, Chinese investors have had to offer higher premiums on price, agree to deposits or reverse break fees, as well as other onerous terms in order to compensate for such deal uncertainty.  In the wake of the Guidelines, we expect this trend to continue, although excessive premiums on transaction value and price may be challenged given the underlying reasons for the Guidelines to curb irrational deal-making.  In this regard, while we expect Chinese investors to continue to be interested in investing in the US entertainment industry—after all, the Guidelines only restrict overseas investment in entertainment business, but do not expressly forbid it—they may face greater competitive pressure in the overall market due to the negative impact of the Guidelines.

First, the amount of paperwork required to be submitted to the Chinese authorities in order to seek and obtain an Approval of an overseas entertainment-related project will be more extensive and burdensome to the Chinese investor, as compared to the required information in the context of a Filing.  Moreover, the expected time frame for governmental review will likely be longer to obtain such Approval, as compared to the government’s review of a Filing before it is deemed to be accepted and completed[3].  Second, predictability of outcomes will continue to be a problem.  Going forward, regardless of whether the applicable review process is via an Approval or a Filing, the Chinese government authorities may be reluctant to approve entertainment-related projects simply on the basis that they are “restricted”.  That is, even though overseas investments in the entertainment sector is not expressly “prohibited” by the Guidelines, the mere perception that such types of deals are currently out of favor with China’s regulators, particularly as compared to the expressly “encouraged” industries set forth in the Guidelines (e.g., One Belt and One Road Initiative investments, technology R&D, etc.) may lead, at least in the short-term, to more difficulty in obtaining necessary Approvals.

Due to these factors, we expect domestic Chinese companies looking to invest in the overseas entertainment industry will find themselves in an increasingly tough position at the negotiating table given these Guidelines.  Conversely, certain Chinese companies that have existing capital resources overseas may have a competitive advantage to their domestic Chinese counterparts in terms of overseas investment in the entertainment and other restricted sectors.  At the same time, even if such companies’ investments may not be formally subject to the Guidelines, we expect such companies to proceed with caution in connection with their investments in the entertainment sector.

The recent Guidelines reaffirm a more restrictive government policy towards overseas investment in the entertainment sector, although Chinese companies’ general demand for world-class entertainment contents and projects remains high.  While Chinese investors are anxiously awaiting implementation rules of the Guidelines, which will likely offer detailed guidance on the application and review process, serious investors are still likely to choose to proceed with their investments and to undergo the necessary procedures.  We expect that such Chinese investors will have to make a stronger case to the Chinese government that their contemplated investments will present a sound economic return for such Chinese investors and that the government review process will be prolonged.

[1] Since late 2016, and prior to the release of the Guidelines, China has experienced a significant slow-down in outbound investment activity for various reasons, including the perceived destabilization of the RMB due to excessive currency outflows, such that China’s State Administration of Foreign Exchange made it more difficult to outbound foreign exchange to conduct such overseas investments.

[2] The Chinese term is 影城, which could also be read more broadly to mean “movie theme park.”

[3] Even in the case of the Filing, the Chinese regulators also have broad discretion to restrict or deny overseas investments that are not technically subject to the Approval process. 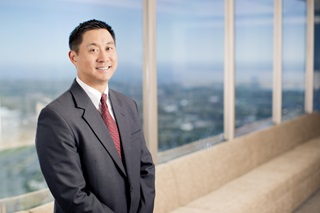