On November 1, 2016, the Securities and Exchange Commission’s Division of Corporation Finance issued an interpretive letter to clarify and expand the Staff’s recent interpretive guidance to Bank of America, N.A. and Merrill Lynch, Pierce, Fenner & Smith Incorporated (the “BAML Letter”) concerning the application of Rule 144 to the resale of REIT common stock received upon the exchange of privately placed units in an UPREIT umbrella operating partnership. The Staff’s recent follow-up guidance (the “Up-C Letter”) confirms that the analysis presented in the BAML Letter may be extended to Up-C corporate structures that present substantially similar facts. The guidance, available here, clarifies that the Rule 144(d) holding period for corporation shares acquired upon an exchange of partnership units in Up-C structures also commences upon the unit holder’s acquisition of the partnership units.

The Staff’s Up-C Letter provides substantial benefits to holders of publicly traded Up-C common stock received upon exchange of operating partnership units by confirming that such holders may also tack their holding period of the units to their holding period of the common stock. As previously discussed in our analysis of the BAML Letter, available here, these benefits provide significant practical advantages to holders of seasoned partnership units, even prior to conversion. Such practical advantages include enhancing the value and liquidity of the partnership units as pledged collateral to potential lenders and hedging transaction dealers, and addressing Securities Act Section 5 concerns that had deterred pre-conversion hedging transactions that referenced the common stock. The Staff issued the Up-C Letter in response to a request submitted jointly by three law firms.

The Up-C Letter extends the BAML Letter beyond the UPREIT structure described in that letter, and confirms that the principles underlying the interpretive position support the same result in a variety of Up-C structures involving an exchange of economically equivalent securities. Indeed, although both letters include disclaimers that the interpretive guidance is limited to the specific facts presented therein (i.e., the specific UPREIT and Up-C structures described in the incoming letters), the letters taken together could be viewed as reasonable support for a broader position that holders of securities exchangeable for other securities representing the same proportional right to an underlying pool of assets may look to the date they acquired the exchangeable security when calculating the Rule 144(d) holding period. The Up-C Letter does explicitly clarify that the underlying analysis applies in a variety of different Up-C structures; for example, the Up-C Letter explicitly refers to Up-C structures that:

Understanding the scope and specific application of the BAML Letter and the Up-C Letter is therefore an important step when evaluating the formation of UPREITs, Up-Cs, and other similar corporate structures, as well as potential derivative and lending transactions in connection with securities issued in those structures. However, the Securities Act implications for any such transactions are to some extent unique and therefore require a careful examination and complete understanding of the transaction’s particular facts and circumstances.

If you have any questions regarding the BAML Letter, the Up-C Letter, or any other letters or issues discussed in this alert or how to structure transactions consistent with relevant precedent, please contact the authors of this alert or your OMM advisor.

1 Curiously, neither the incoming requests nor the Staff response letters include a discussion of whether the exchange structures described in each letter result in a new investment decision on the part of the unit holder (a common element of traditional Rule 144 tacking analysis—see, e.g., Securities Act Release No. 6099 and Securities Act Rules Compliance and Disclosure Interpretation 132.18); indeed, both letters focus exclusively on the economic equivalence between the two securities. The interplay between investment decisions and economic equivalence therefore remains unclear in this particular context.
2 Parties to derivatives transactions that involve related hedging sales should consider Section 16(c) short-sale implications if any of the parties to the transaction are subject to Section 16 of the Exchange Act, and should note the related interpretive letter from the Commission’s Division of Corporation Finance to Credit Suisse addressing Section 16(c) treatment of common stock underlying vested, in-the-money options. See Credit Suisse First Boston, SEC No-Action Letter (March 18, 2004). 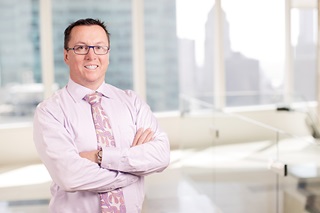