On Tuesday, March 22, 2016, the Supreme Court heard oral arguments in Puerto Rico v. Franklin California Tax-Free Trust and Acosta-Febo v. Franklin California Tax-Free Trust, which address the constitutionality of Puerto Rico’s June 2014 Debt Enforcement and Recovery Act (the “Recovery Act”).  The Recovery Act created a bankruptcy-like regime through which select Puerto Rican public corporations could restructure their debt obligations without unanimous creditor consent.  The federal district court and the First Circuit concluded that the Recovery Act was preempted in its entirety by Section 903(1) of the U.S. Bankruptcy Code, which prohibits a “State” from enacting laws that bind non-consenting creditors of the State’s municipalities to the terms of a debt restructuring.

The Justices’ reception of Puerto Rico’s arguments was mixed, but one thing is clear:  Even a victory in the Supreme Court will not resolve this case or the troubled state of Puerto Rico’s public corporations, much less of the Commonwealth as a whole.  Puerto Rico’s best bet for an all-inclusive solution to its debt crisis remains, as ever, with Congress.

The First Circuit Decision and the Issue on Appeal

The primary issue before the Supreme Court is whether Section 903(1) of the Bankruptcy Code preempts Puerto Rico from enacting the Recovery Act.  Section 903(1) expressly preempts a “State” from enacting any law that seeks to prescribe for its municipalities “a method of composition of indebtedness” absent creditor consent.  Section 903 does not prohibit states from taking less drastic steps, perhaps including temporary stays on payment in certain situations.  However, because all agree that the Recovery Act falls within Section 903’s terms, the outcome turns on whether Puerto Rico is a State under that provision.  In 1984, Congress defined the term “State” to include “the District of Columbia and Puerto Rico, except for the purpose of defining who may be a debtor under Chapter 9 of this title.”  The First Circuit concluded that because Section 903(1) does not address who may be a debtor under Chapter 9, Puerto Rico is a “State” for purposes of that provision, and that Puerto Rico is therefore preempted from passing laws like the Recovery Act.

One notable aspect of the Supreme Court proceedings is that the Petitioners declined to devote much effort to arguments Judge Torruella made in his First Circuit concurrence.  Judge Torruella went so far as to argue that the 1984 amendments, by singling out only Puerto Rico and Washington D.C. and not the other Territories, violated “the uniformity requirement of the Bankruptcy clause” and lacked even a “rational basis.”  He also argued that it was “preposterous” to force Puerto Rico to seek a favorable response from Congress “given Puerto Rico’s exclusion from the federal political process.”  These points were largely absent from the briefs and were only indirectly referenced by Justice Sotomayor during oral arguments.

The Arguments On Appeal

In their briefs before the Supreme Court, the Petitioners urged that the First Circuit’s reading is implausible because it leaves them with no practical avenue to restructure the debts of public utilities that provide essential services—like water and electricity—to Puerto Ricans.  It cannot be, they argue, that Congress in 1984 meant to entirely preclude Puerto Rico and its municipalities from the benefits of Chapter 9, but to leave them subject to its preemptive burden.  The Petitioners argue that the definitional provision should therefore be read as excepting Puerto Rico from all of Chapter 9, and that Section 903 should be read only to establish that Chapter 9 is the exclusive restructuring mechanism for entities that are within its scope, not an entity such as Puerto Rico that cannot authorize its municipalities to proceed under Chapter 9.

The Respondents expectedly focused on the plain text of the statute, as the First Circuit had done.  They emphasized that if Congress in 1984 had wished to do more than prohibit Puerto Rico municipalities from utilizing Chapter 9, Congress would have said so, and Congress did not “silently” remove Puerto Rico from Section 903(1)’s preemptive scope.  That result, Respondents argue, would mean that Congress had indirectly given Puerto Rico the power—precluded to all States—to enact its own laws to discharge municipal debts.

Almost immediately after the Commonwealth’s attorney, Christopher Landau, opened his argument, Justice Ginsburg asked whether the Recovery Act would violate the U.S. Constitution’s Contract Clause even if the Act were not preempted.  Landau acknowledged that the question would be an issue on remand, but chose not to engage on its merits.  He then spent much of his argument addressing questions from Chief Justice Roberts and Justices Sotomayor and Kagan regarding why Congress in 1984 excluded Puerto Rico from utilizing Chapter 9.  That question of intent is a “black box,” Landau explained, because there is no on point legislative history, but he speculated that perhaps Congress sought to “put Puerto Rico and D.C. in the same boat for Chapter 9 purposes as Guam and the Virgin Islands”—territories that, in his view, are excluded from the Bankruptcy Code’s definition of “State.”  Landau also spent a significant amount of time on his textual arguments under questioning from Justice Kagan, among others.

The Chief Justice also tested the strength of Puerto Rico’s policy arguments, suggesting that it would not have been so strange for Congress to require Puerto Rico to come to it to resolve financial issues given Puerto Rico’s special relationship with Congress.  Whether there was a plausible explanation for subjecting Puerto Rico to treatment different than the other territories was a focus of Judge Torruella’s concurrence in the First Circuit, but, as noted above, the Petitioners did not devote much attention to it in their briefs or during oral arguments.

Matthew McGill was not far into his argument for the Respondents before Justice Sotomayor engaged him on a variety of topics, including the Contract Clause.  Justice Sotomayor was not alone, however.  Justice Kagan and Justice Breyer also pressed for a response to Puerto Rico’s textual argument, with Justice Kagan even noting that she had warmed to Puerto Rico’s textual arguments following Mr. Landau’s presentation.

Further, echoing Justice Sotomayor’s request for an explanation why Congress could have intended to prevent Puerto Rico from passing even “emergency legislation” to prevent essential services from being interrupted, Justice Ginsburg asked why Congress would have placed Puerto Rico in a “never-never land” where “it can’t use Chapter 9,” but also “can’t use a Puerto Rican substitute for Chapter 9.”

The Respondents returned to the plain text, arguing that the 1984 amendments mean Puerto Rico is not a state for purposes of determining who may be a debtor, but that it was “a State for every other purpose under the Bankruptcy Code.”  The Respondents then offered three justifications for why Congress may have made that choice:  (1) Congress has a long history of involvement in the management of Puerto Rico’s debt, (2) Puerto Rico’s debt, with its “triple tax exempt status,” is uniquely “disbursed throughout the nation,” unlike other municipal bonds, and (3) Puerto Rico and Washington, D.C. were the “most indebted Territories” at the time of the 1984 amendments.  In short, it was not so strange to require Puerto Rico to come to Congress for its debt restructuring needs.

In rebuttal, Mr. Landau sought to drive home the practical impact of the case.  Shutting off the Commonwealth’s municipalities from Chapter 9 and also precluding the Commonwealth from crafting similar procedures of its own would leave Puerto Rico without the ability to ensure that “people in a village in Puerto Rico will be able to get clean water.”  As with Justice Sotomayor’s “essential services” argument noted above, Mr. Landau may have overstated the concern, as Section 903 does not prohibit a “State” from taking less drastic measures that do not affect the “composition of indebtedness,” but it was clear that Puerto Rico’s purposive arguments resonated with certain Justices.

Takeaways from the Arguments

It is notoriously difficult to make predictions based on Supreme Court oral arguments, but it is fair to say that by the conclusion of Tuesday’s oral arguments, at least three Justices—Justices Breyer, Sotomayor, and Kagan—were at least open and perhaps quite sympathetic to the Commonwealth’s textual argument that the 1984 amendments meant to categorically close the gateway to Chapter 9 for Puerto Rico.  Justice Sotomayor was clearly the Commonwealth’s biggest advocate, rehashing the Petitioners’ points during the Respondents’ argument.  Additionally, Justice Ginsburg was at the least troubled by the precarious position in which Puerto Rico had been placed according to the First Circuit.  With Justice Alito recused and the Court sitting with only seven Justices, four votes is all Puerto Rico would need.

Nevertheless, even if Puerto Rico emerges victorious, that will not bring an end to the Commonwealth’s worries.  As Justice Ginsburg previewed following the Commonwealth’s opening remarks, this appeal is not likely to resolve whether the Recovery Act is independently barred by the Contract Clause issues.  That will be a war to be waged on remand, if there is one.  Further, even if Puerto Rico is ultimately successful in this case, the Recovery Act does nothing to address another significant challenge Puerto Rico faces—namely the island’s substantial debts on constitutionally protected government obligation bonds.  That debt belongs to Puerto Rico itself, not its municipalities, and, as we noted previously,  it is therefore quite unlikely that relief from Section 903 will resolve Puerto Rico’s financial crisis.  Whether it intended to put Puerto Rico in this position in 1984 or not, Congress holds the key to any possibility of comprehensive relief for the island. 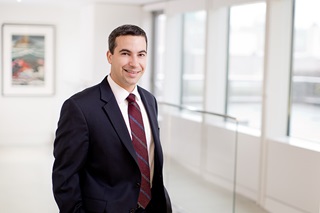