The Patent and Case History

The patent at issue claimed a DNA testing kit containing five components: (1) a mixture of primers; (2) nucleotides for forming replicated strands of DNA; (3) an enzyme called Taq polymerase; (4) a buffer solution for amplification; and (5) control DNA. Life Technologies manufactured one of the components, the Taq polymerase, in the United States, and shipped it to its UK facilities. Life Technologies manufactured the remaining four components in the UK, and combined the five components in the UK to create the kit.

Promega sued Life Technologies for patent infringement in the Western District of Wisconsin, alleging that Life Technologies’ supply of the Taq polymerase from the US to its UK facilities triggered liability under § 271(f)(1). The jury returned a verdict of infringement. The district court granted Life Technologies’ motion for judgment as a matter of law on the basis that § 271(f)(1) does not apply to cases where a single component is supplied from the United States, reasoning that § 271(f)(1) uses the phrase “all or a substantial portion of the components” instead of “any component” as used in § 271(f)(2).

On appeal, the Federal Circuit reversed and reinstated the jury’s verdict, holding that “a party may be liable under § 271(f)(1) for supplying or causing to be supplied a single component for combination outside the United States.” Promega Corp. v. Life Technologies Corp., 773 F.3d 1338 (Fed. Cir. 2014). Relying in part on expert testimony that the Taq polymerase is a “main” and “major” component of the kits, the Federal Circuit held that a single important component can be a “substantial portion of the components” of a patented invention.

The Supreme Court granted certiorari to address the question of whether the supply of a single component of a multi-component invention is an infringing act under 35 U.S.C. § 271(f)(1). The Court held that it is not.

1. “A substantial portion” is a quantitative determination

The Court made a threshold determination that “a substantial portion” of the components of a patented invention refers to a quantitative, rather than a qualitative, measurement. In doing so, the Court first looked to the text of the statute. The Court noted that the neighboring terms “all” and “portion” convey a quantitative meaning, and that “substantial portion” is modified by “of the components of a patented invention,” where a qualitative reading would render the phrase “of the components” unnecessary. The Court stated that considering the qualitative and relative importance of a component would be challenging to the factfinder, the courts, and market participants.

2. A single component cannot be “a substantial portion”

Next, the Court held that a single component can never constitute a “substantial portion” so as to trigger liability under § 271(f)(1). The Court reasoned that the text of the statute, which refers to “components” in plural, supports this interpretation. The Court further stated that § 271(f)(2), which is the companion provision to § 271(f)(1), reinforces this reading because § 271(f)(2) refers to “any component,” singular, “especially made or especially adapted for use in the invention.”

Thus, the Court concluded that one component does not constitute “all or a substantial portion” of a multi-component invention under § 271(f)(1).

It is important to note the issues not decided by the Court in this opinion:

With that in mind, the Supreme Court’s ruling in Life Technologies has the following implications: 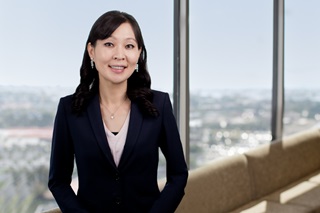