Cuozzo Speed Technologies, LLC (“Cuozzo”) owns U.S. Patent No. 6,778,074 (the “′074 patent”).  In 2012, Garmin International, Inc. and Garmin USA, Inc. (collectively, “Garmin”) petitioned the United States Patent and Trademark Office (“PTO”) for inter partes review (“IPR”) of claim 17 of the ′074 patent.  The PTO granted Garmin's petition and instituted IPR for claim 17, as well as claims 10 and 14 on which claim 17 depends.  The Patent Trial and Appeal Board (“PTAB”) issued a final decision finding claims 10, 14, and 17 obvious.  Cuozzo appealed PTAB’s decision to the Federal Circuit, arguing that the PTAB improperly instituted inter partes review with respect to claims 10 and 14 (which were not the subject of the initial petition), and that the PTAB improperly used the “broadest reasonable construction” standard to interpret the claims rather than the standard used by courts, which gives claims their “ordinary meaning . . . as understood by a person of skill in the art . . . .”  Phillips v. AWH Corp., 415 F. 3d 1303, 1314.  The Federal Circuit rejected both arguments, stating that 35 U.S.C. §314(d) made the Patent Office’s decision to institute inter partes review “final and nonappealable.”  The Federal Circuit also concluded that the Patent Office’s claim construction standard was a reasonable exercise of the agency’s rulemaking authority under the Chevron doctrine.  See In re Cuozzo Speed Techs., LLC, 793 F.3d 1268, 1275-76 (Fed. Cir. 2015).

The America Invents Act (“AIA”), which created IPR proceedings, itself, is silent on the claim construction standard to be used in IPRs.  Instead, the statute conveys rulemaking authority to the PTO, providing that “[t]he Director shall prescribe regulations . . . setting forth the standards for the showing of sufficient grounds to institute ... review” and “establishing and governing inter partes review . . . and the relationship of such review to other proceedings under” the patent law.  35 U.S.C. § 316(a)(2).  Under this rulemaking authority, the PTO promulgated 37 C.F.R. § 42.100(b), which provides that “[a] claim in an unexpired patent shall be given its broadest reasonable construction in light of the specification of the patent in which it appears.”  37 C.F.R. § 42.100(b).

The Supreme Court unanimously affirmed the Federal Circuit’s findings that the PTO had the rulemaking authority to use the “broadest reasonable construction” standard.  Applying the framework the Supreme Court set forth in Chevron, U.S.A., Inc. v. Nat. Res. Def. Council, Inc., the Court first considered whether the AIA leaves an ambiguity or gap that allows the agency to enact rules.  See Chevron, U.S.A., Inc. v. Nat. Res. Def. Council, Inc., 467 U.S. 837, 843 (1984).  Rejecting Cuozzo’s argument that IPR proceedings should be considered as a “surrogate for court proceedings” and thus that Congress must have intended the PTAB to use the same standard as in district court proceedings, the Court found that 35 U.S.C. §316(a)(4) “expressly authorizes the Patent Office to engage in the process of rulemaking” that governs IPR proceedings.  Cuozzo, Slip op. at 13 (citing United States v. Mead Corp., 533 U.S. 218, 229 (2001)).  The Court then turned to the second step of Chevron’s analysis, which asks whether the agency’s rulemaking was reasonable or whether it was “arbitrary, capricious, or manifestly contrary to the statute.”  Chevron, 467 U.S. at 844.  The Court rejected Cuozzo’s argument that the “broadest reasonable construction” standard is unreasonable because it can lead to inconsistencies between the outcome of IPR and the outcome of district court litigation.  Noting that the “broadest reasonable construction” standard is used in other proceedings, the Court found “the Patent Office’s decision to prefer a degree of inconsistency in the standards used between the courts and the agency, rather than among agency proceedings” to be reasonable.  Cuozzo, Slip op. at 20. Justice Thomas filed a concurring opinion. Justice Alito filed an opinion (in which Justice Sotomayor joined) concurring in the decision on the “broadest reasonable construction” standard, but dissenting from the Court’s ruling on appealability of the institution decision, discussed below.

The Supreme Court majority (Justices Roberts, Kennedy, Ginsburg, Thomas, Breyer, and Kagan) also affirmed the Federal Circuit’s finding that a decision on whether to institute IPR is not reviewable.  Relying on the express language of 35 U.S.C. § 314(d), which states “[t]he determination by the Director whether to institute an inter partes review under this section shall be final and nonappealable,” the Court found that the “strong presumption in favor of judicial review” was overcome by clear and convincing indications . . . that Congress intended to bar review.”  Cuozzo, Slip op. at 9-10.  The Court, however, noted that it is not deciding “the precise effect of §314(d) on appeals that implicate constitutional questions . . . .”  Id. at 11.  The Court made it clear that it is not “categorically preclude[ing] review of a final decision where a petition fails to give ‘sufficient notice’ such that there is a due process problem with the entire proceeding.”  Id.  The Court also noted that its interpretation does not “enable the agency to act outside its statutory limits by, for example, canceling a patent claim for ‘indefiniteness under §112’ in inter partes review.”  Id.

The Cuozzo decision leaves room for constitutional challenges to the IPR proceedings, such as the one presented in Cooper v. Lee, Case No. 15-995 (challenging IPR proceedings as violating the Seventh Amendment right for trial by jury ), cert. pending.  Nonetheless, with the Supreme Court’s affirmance of the finality of the IPR institution decision and use of the “broadest reasonable construction” standard, IPR remains a powerful and effective tool for challenging patents.

This memorandum is a summary for general information and discussion only and may be considered an advertisement for certain purposes. It is not a full analysis of the matters presented, may not be relied upon as legal advice, and does not purport to represent the views of our clients or the Firm. John Kappos, an O'Melveny partner licensed to practice law in California, and Bo Moon, an O'Melveny counsel licensed to practice law in California, contributed to the content of this newsletter. The views expressed in this newsletter are the views of the authors except as otherwise noted. 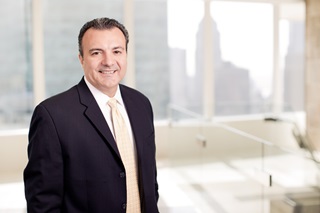