The O'Melveny Water Report includes select transactions and other items of interest that occurred during May and June 2016. Please contact any member of the O'Melveny Water Practice for additional information on any of these items or related matters.

May 17, 2016
United States Senate Bill 2533 Senate Bill 2533, introduced by Senator Dianne Feinstein in February, had its first hearing before the Water and Power Subcommittee of the Senate Committee on Energy and Natural Resources. The proposed bill would allocate millions of dollars to construct water infrastructure in California—in particular, storage and treatment projects. The bill would temporarily modify how government agencies treat biological opinions under the Endangered Species Act by allowing increased pumping during high-rainfall periods.

May 31, 2016
United States Army Corps of Engineers v. Hawkes Co., Inc., No. 15-290 In a 8–0 decision, Chief Justice John Roberts, writing for the full Supreme Court, issued a ruling that will have far-reaching effects on landowners, real estate developers, farmers, oil and gas and mineral extraction companies, golf course owners, and government agencies. In Hawkes, the Court ruled that preliminary “jurisdictional determinations” regarding whether a particular property contains “waters of the United States” may be appealed to federal district court without first having to wind through a lengthy and expensive administrative process. This ruling is important because the U.S. Army Corps of Engineers and U.S. Environmental Protection Agency have long held that preliminary jurisdictional determinations were not appealable. The decision will be far-reaching, and will have a lasting and significant impact. Also interesting but overlooked was a concurrence by Justice Kennedy, joined by Justices Thomas and Alito. Kennedy expressed that “the reach and systemic consequences of the Clean Water Act remain a cause for concern.” The Act’s reach is “notoriously unclear,” and “the consequences to landowners even for inadvertent violations can be crushing.” In the absence of the jurisdictional-determination process—which exists as a result of a memorandum of agreement between the Army Corps and the EPA—the opinion suggests the law might not “comport[ ] with due process.” The Act “continues to raise troubling questions regarding the Government’s power to cast doubt on the full use and enjoyment of private property throughout the Nation.”

June 2, 2016
California State Assembly Bill 2480 The California State Assembly passed AB 2480 with a vote of 50 in favor, 25 against, and 5 abstaining, passing the legislation on to the state Senate. The bill, introduced by Assembly member Richard Bloom, would modify the state Water Code to recognize the Shasta and Oroville watersheds as state infrastructure, making the areas eligible for financing for maintenance and repair activities. The watersheds feed critical dams, and provide water for 80% of California’s reservoir capacity, irrigation for eight million acres, and drinking water for over 25 million people.

June 7, 2016
County of San Joaquin et al. v. Metropolitan Water District of Southern California The Third District Court of Appeal in California temporarily blocked Metropolitan Water District of Southern California from purchasing more than 20,000 acres of land in the delta, one day before the escrow on the $175 million land purchase was set to close. The two-sentence statement from the court halts the deal until further written arguments are filed. The land purchase is related to the $15.7 billion tunnel project to send water to southern California, known as the California WaterFix. The plaintiffs had argued that the purchase is a “project” under the California Environmental Quality Act, therefore requiring more study before advancing, an argument that the lower court rejected.

California Ballot Measure AA Voters approved Measure AA, a $12 annual parcel tax in nine Bay Area counties that is projected to raise approximately $500 million over the next 20 years for habitat restoration and wildlife protection projects in the Bay Area.

June 24, 2016
National Infrastructure Advisory Council Report on Water Resilience. The National Infrastructure Advisory Council will issue a final report assessing the security and resilience of the water sector to cyber threats. The initial findings released in March 2016 indicated that water services are undervalued by the public and decision-makers, and that water infrastructure is not given appropriately high priority as a critical sector. Greater investment will be required to prepare the 52,000 public water systems in the United States for inevitable cybersecurity threats. The initial findings also note that tools, analysis, and data are available but not broadly used across the sector, and regional collaboration would be very highly valuable. 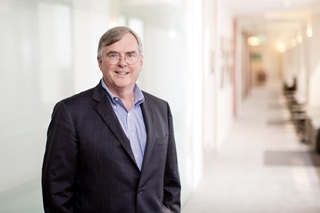 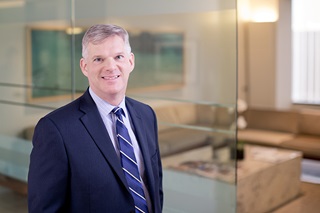