In a joint statement, the Big Four China Affiliates announced that they plan to appeal the decision to the SEC and that “in the meantime the firms can and will continue to serve all their clients without interruption.” On appeal, the SEC would conduct a de novo review. The sanctions imposed by the ALJ are not effective pending determination of the anticipated appeal.

The full opinion is available here.

Respondents argued to the ALJ that they “were ready, willing and able to produce documents” to the SEC, but were unable to do so because Chinese national security laws prevented them from sharing such information. The ALJ was unpersuaded by this argument, noting that “to the extent Respondents found themselves between a rock and a hard place, it is because they wanted to be there.”

The ALJ refused to consider evidence pertaining to events after September 18, 2013 that the Respondents attempted to add to the record. Despite acknowledging that the evidence is “potentially exculpatory,” the ALJ explained that he could not evaluate the relevance and weight of such evidence without a hearing and noted that the better approach is for the Commissioners to consider that evidence on an appeal. Although the ALJ did not specify the nature of the evidence, it appears likely that the evidence pertains to further cooperation between the China Securities Regulatory Commission (the “CSRC”) and the SEC.

The ALJ imposed, pursuant to SEC Rule of Practice 102(e)(1)(iii), a censure for all the Respondents and a suspension that would preclude the Big Four China Affiliates from practicing before the SEC for six months. The ALJ did not impose a practice ban on BDO China Dahua CPA Co., Ltd. because the firm stopped taking on any new China-based issuers as clients and terminated its existing contracts with such clients.

In deciding what sanctions to impose, the ALJ considered the public interest, the relative good faith of the Respondents in trying to satisfy the SEC’s requests, and the potential market effects of a practice bar. The ALJ focused on the egregiousness of the Respondents’ actions, the likelihood of future violations, and the strong deterrent effect on other China-based accounting firms and concluded that imposing sanctions would serve the public interest.

The ALJ rejected the Respondents’ arguments that a practice bar would have “substantial negative collateral consequences” on the market, including substantial costs to issuers, prevention of China-based U.S. issuers from trading on U.S. exchanges, and harm to investors. However, the ALJ rejected the Division of Enforcement’s request for a permanent practice bar from issuing audit reports filed with the SEC and a permanent bar from playing a 50% or greater role in the preparation or furnishing of an audit report filed with the SEC. The suspension that the ALJ imposed on the Big Four China Affiliates is shorter in time but broader in scope than the Division of Enforcement’s request.

The Initial Decision will not become effective until the SEC enters an order of finality. The SEC will not enter an order of finality if the Respondents appeal, as they have indicated is their intention in an announcement, or the SEC determines on its own initiative to review the Initial Decision. The Respondents have 21 days to appeal to the SEC. The SEC will then review the case de novo.

As the Big Four China Affiliates have indicated that they intend to appeal the Initial Decision, it is not likely to have any immediate consequences for PRC-based U.S. issuers. A final decision by the SEC would not be reached before later this year. As a result, the Initial Decision likely would not affect 2013 audits or audits for companies with fiscal year ends in early 2014. If the Big Four China Affiliates are suspended or barred from practicing before the SEC, Chinese companies may be deterred from engaging with the U.S. capital markets in the long term.

This administrative action is one of the SEC’s recent efforts to obtain audit work papers from the Chinese units of U.S. accounting firms related to U.S.-listed companies under investigation. The SEC has demanded that the firms produce such papers for years. Yet the firms have continued to cite Chinese national security laws in refusing the SEC’s demands, claiming that under Chinese law the work papers may only be provided to the SEC through the CSRC. The issue may become moot if the SEC becomes satisfied that there is a sufficient mechanism for providing the audit work papers through the CSRC. It has been reported that a significant amount of work papers have been provided by the CSRC to the SEC in recent months under the Memorandum of Understanding on Enforcement Actions entered into between the Public Company Accounting Oversight Board and Chinese authorities in May 2013. 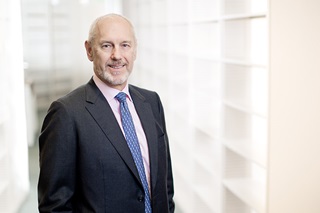 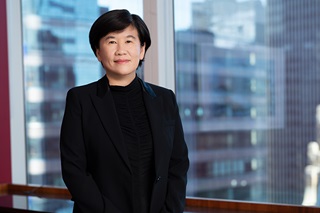