Securities and Exchange Commission Defeated At Trial in Enforcement Action

Issue: SEC Chair Mary Jo White recently vowed to bring more high-stakes cases to trial instead of reaching settlements with those her agency targets.1 This significant shift in enforcement priorities—from the negotiation table to the courtroom—places a premium on companies’ ability to push back against the SEC and take cases to trial.

O’Melveny & Myers attorneys did precisely that on behalf of their client, Thomas Tekulve, winning a sweeping victory following a two-week trial in federal court in Los Angeles. SEC v. Peter Jensen and Thomas Tekulve, 11-05316R (C.D. Cal). The court found that the SEC failed to prove any of its seven causes of action for securities fraud, insider trading, and lying to outside auditors, concluding that the “SEC has not presented any direct evidence that [the Defendants] knowingly or intentionally misl[ed] anybody.”

In a 57-page complaint filed in 2011, the SEC alleged that Tekulve and Peter Jensen—respectively the former CFO and CEO of Basin Water, Inc., a California-based water-purification company—fraudulently inflated the company’s revenue by entering into “sham” transactions. The SEC claimed that, in 2006 and 2007, Jensen and Tekulve sold water treatment units in six transactions that lacked economic substance and were conducted solely to record revenue. The court directly rejected these allegations, finding that “no documentary evidence or witness testimony presented at the trial tended to show that any of the transactions were shams. In fact, everybody involved in the various transactions testified that they were actual, legitimate deals.”

The SEC also alleged that Tekulve lied to Basin Water’s independent auditor, Singer Lewak, in regard to its 2006 and 2007 financial statements. But the court found that “Tekulve gave accurate and complete information to Basin’s outside accountants,” noting that the SEC did not call any of the auditors to testify. The court added that Tekulve “personally worked diligently on ensuring that he got the accounting right.”

The court concluded that the “SEC has not carried its burden of proof with respect to any of the causes of action in the Complaint,” and entered judgment in favor of the defendants on all claims.

Why you should care: Before trial, the SEC described Tekulve as a clear-cut and egregious case of fraudulent revenue recognition. The defendants strongly disagreed, insisting that the SEC was trying to characterize accounting disagreements as fraud. By putting the government to its proof and litigating the case to a verdict, O’Melveny and its co-counsel, Scheper Kim & Harris, vindicated their clients’ interests and reputations.

Most SEC enforcement actions are still resolved, appropriately, through cooperation and settlement. In that process, however, the government exercises a high degree of control and, as a practical matter, can adjudicate the result. Trial victories such as Tekulve serve as an important reminder that opting out of the settlement process and seeking adjudication of a defendant’s rights at trial can be a winning strategic choice. A company that believes the government is overreaching—and that refuses to capitulate to a settlement and consent decree—may find the cost of cooperation and settlement too steep. 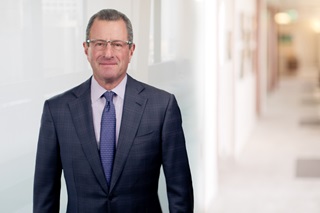