For nearly a decade, California authorities have pursued retailers on allegations of illegal electronic waste disposal. In a stipulation filed in the California Superior Court, County of Alameda on November 20, 2014, AT&T Corporation agreed to pay $21.8 million to California to settle a civil suit alleging unlawful disposal of electronic waste under California’s Hazardous Waste Control Law. AT&T also agreed to spend at least $2 million over the next five years on supplemental environmental compliance measures. The proposed settlement, documented in an agreed form of judgment, must be approved by an Alameda County Superior Court judge before it is effective, but it will represent the largest such settlement to date and the first against a telecommnications manufacturer and distributer.

In a complaint filed the same day, California asserted that AT&T mishandled electronic waste, including consumer electronics and batteries, as well as other hazardous material, including aerosol cans, gels, and liquids. The enforcement action is the result of an investigation by the California Attorney General’s Office, the Alameda County District Attorney’s Office Environmental Protection Division, and the California Department of Toxic Substances Control, who inspected trash dumpsters at more than 235 of AT&T’s warehouses and dispatch centers across California. The investigation found that over a nine-year period, AT&T sent hazardous electronic waste to local landfills that were not permitted to receive the materials. The enforcement action alleges that AT&T disposed of hazardous waste at unauthorized locations, failed to determine if generated target waste constituted a “hazardous waste,” stored hazardous waste onsite beyond the time permitted by law and at a facility that lacked the appropriate hazardous waste storage permit, failed to properly label containers of hazardous waste, transported hazardous waste to persons or entities that were not properly licensed and registered, and failed to comply with training obligations for employees who handle hazardous waste. AT&T has admitted no wrongdoing as part of the settlement.

In addition to the monetary penalties, reimbursement of costs, and supplemental environmental projects, the settlement also requires AT&T to properly store, dispose, and record hazardous waste in the future, to annually train its employees, and to require that certain of its third-party contractors annually train their employees regarding these requirements.

The settlement releases all claims, violations, or causes of action alleged against AT&T in the complaint and specified matters that could have been alleged as violations of California’s Hazardous Waste Control Law and/or Business and Professions Code prohibitions against unfair competition. The settlement would still, however, permit the state to bring claims for cleanup, corrective action, or response action for any actual past or future release, spill, or disposal of hazardous wastes or hazardous substances.

California authorities previously initiated actions against large retailers, Lowe’s Home Centers and Walgreens, for similar claims of electronic waste disposal. The State has also brought actions against Costco, CVS, Target, Wal-Mart, KMART, Home Depot, and AutoZone for improper disposal of other types of hazardous waste. Each suit ended with a consent judgment requiring payment of civil penalties, costs, and supplemental environmental projects, and an injunction prohibiting the violating conduct. Lowe’s settled its suit in April 2014 for $18.1 million; Walgreen settled in December 2012 for $16.6 million; Costco settled in June 2012 for $3.6 million; CVS settled in April 2012 for $13.75 million; Target settled in February 2011 for $22.5 million, resolving a suit brought in 2009; Wal-Mart settled in May 2010 for $27.6 million; KMART settled in June 2009 for $8.65 million; and Home Depot settled in October 2007 for $9.9 million. AutoZone reached a $1.5 million settlement in 2007, but both AutoZone and O’Reilly Automotive recently disclosed that California authorities are investigating their hazardous waste storage and disposal practices.

The State is looking for instances of improper disposal of consumer electronics and other e-waste to develop hazardous waste enforcement actions. These actions are resulting in substantial penalties, even though they are not necessarily based on corporate-wide policies or conduct. Instead, the state is directly investigating the waste streams of individual stores or outlets to develop its claims. 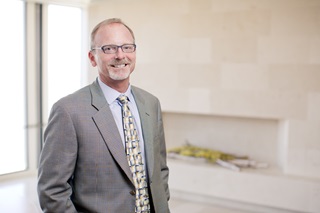