As of December 1, 2013, several important changes to Federal Rule of Civil Procedure 451 take effect. These changes will impact nonparty discovery practice in federal court cases, including issues such as where subpoenas can be served and which courts can adjudicate disputes arising out of subpoenas. The changes also clarify when a company’s officers can be compelled to appear at trial in a distant district court.

Among the more significant changes to Rule 45:

The impact of these changes

The changes to Rule 45 will impact companies and their employees in several ways:

First, companies’ officers and employees can now be served with a subpoena nationwide, and location of service is unlikely to be a legitimate grounds for contesting adequate service. See Rule 45(b)(2).

Fourth, the amended rule makes clear that party officers cannot be compelled to attend trial in a district or state where they do not live or regularly work. See Rule 45(c)(1). This change may reduce some disruption and costs associated with trial, and provides a greater degree of certainty for defendants in assessing which employees may be forced to testify at trial.

This memorandum is a summary for general information and discussion only and may be considered an advertisement for certain purposes. It is not a full analysis of the matters presented, may not be relied upon as legal advice, and does not purport to represent the views of our clients or the Firm. James Bo Pearl, an O'Melveny partner licensed to practice law in California, and Kevin Feder, an O'Melveny counsel licensed to practice law in California and the District of Columbia contributed to the content of this newsletter. The views expressed in this newsletter are the views of the authors except as otherwise noted. 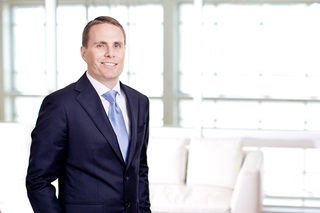