The Supreme Court’s 2012 decision in RadLAX Gateway Hotel, LLC v. Amalgamated Bank was generally viewed as a strong endorsement of a secured creditor’s right to “credit bid” its debt whenever a bankruptcy debtor seeks to sell the lender’s collateral. But a recent decision of the Bankruptcy Court for the District of Delaware—In re Fisker Automotive Holdings, Inc., Case No. 13-13087 (Bankr. Del. Jan. 10, 2014)—illustrates that, even after RadLAX, the “right” to credit bid may not be sacrosanct.

In RadLAX, the Supreme Court acknowledged that a bankruptcy court can prohibit a secured creditor from credit bidding for “cause.” “Cause” is not defined in the Bankruptcy Code and, therefore, courts have some latitude. But limiting the amount of the debt that can be credit bid to the price paid for this debt in the secondary market is surprising. And it is significant given that secondary trading in the debt of distressed companies is common. Some think that distressed debt trading is a boon; others think it a curse. But whatever one’s view, it is undeniable that secondary trading in debt is a major factor that has shaped chapter 11 cases over the last several decades. So a decision such as Fisker, calling into question a fundamental premise underlying debt trading—that rights are not limited by the price paid for that debt—has importance beyond credit bidding.

The issues in Fisker were complicated by the possibility that the debt was not secured by all the assets being sold. Indeed, the creditors’ committee in Fisker argued that the price Hybrid paid for this debt was market evidence of the value of the collateral securing it, and as a result, any amount credit bid over that amount must be for assets not subject to the liens securing this debt.

The secured creditor in Fisker is seeking an emergency appeal so it is possible that there may be further developments shortly.

Fisker designed and manufactured premium plug-in hybrid cars. This fit with the government’s environmental policies, and beginning in 2007 the Department of Energy (“DOE”) provided Fisker with secured financing. By 2011, Fisker was in breach of this loan and was experiencing a spate of problems in bringing its cars to market, so DOE declared Fisker in default and stopped making further advances. As of 2013, the amount of the secured debt owed to DOE stood at approximately $170 million. Fisker concluded that it needed to file for bankruptcy protection and started negotiating with DOE for the consensual use of cash collateral and DOE’s support for a sale of its business in that bankruptcy.

During the spring of 2013, Fisker started the process of locating a buyer. Two primary candidates emerged—Hybrid Tech Holdings, LLC (“Hybrid”) and Wanxiang Group Corp. (“Wanxiang”)—and much of what followed reflects their efforts to out-maneuver each other. An affiliate of Hybrid was a major shareholder in Fisker. Even so, Wanxiang initially appeared to be the leading candidate to buy the business; this early deal cratered when Wanxiang failed to arrange DIP financing.

DOE responded by deciding to sell its secured debt at an auction. Starting in September 2013, DOE’s investment banker contacted over 35 potential bidders, 5 of whom submitted bids. On October 11, 2013, three bidders—including Hybrid and Wanxiang—participated in that auction. Hybrid emerged as the winner and agreed to buy the Fisker loans from DOE for $25 million—i.e., fifteen cents on the dollar and a discount of approximately $145 million.

Hybrid then worked with Fisker to negotiate an asset purchase agreement pursuant to which Hybrid would purchase substantially all of Fisker’s assets for a credit bid of $75 million plus $725,000 in cash, of which $500,000 would be used to fund a distribution to unsecured creditors. This agreement provided that Fisker’s assets would not be auctioned; rather, Hybrid would purchase them at a private sale without competitive bidding. Fisker filed its chapter 11 petition on November 22, 2013 together with “first day” motions to approve the sale to Hybrid and DIP financing provided by Hybrid. Two days later, Fisker filed its chapter 11 plan of liquidation providing for the distributions set forth in the asset purchase agreement.

The Unsecured Creditors’ Committee was not enamored with a $500,000 distribution to its constituents, so the Committee persuaded Wanxiang to offer $37.5 million in cash and provide its own DIP financing. Wanxiang’s bid would serve as a stalking horse floor that could be bid up at an auction.

But $37.5 million is less than $75 million, so this approach would work only if the Committee could persuade the Bankruptcy Court to disallow, or at least severely limit, Hybrid’s credit bid. The Committee objected to the Hybrid sale, seeking to eliminate or reduce Hybrid’s credit bid, asserting that “material” assets were not subject to Hybrid’s liens and proposing its own set of alternative bidding procedures for an auction of Fisker’s assets.

At a hearing held on January 10, 2014, the Bankruptcy Court ruled that there would be an auction and that Hybrid’s credit bid would be limited to $25 million. The Court explained its reasoning in a written decision issued on January 21, 2014. The Bankruptcy Court reasoned that if there was no cap on the amount Hybrid could credit bid, it would not just chill bidding, it would freeze bidding. The Court based this conclusion on statements by Wanxiang that it would not participate in an auction if Hybrid were permitted to credit bid more than $25 million. The Court was troubled by Hybrid’s initial proposal to authorize a quick private sale without allowing for bidding and seems to suggest that this unfair approach is a factor in finding cause to limit the credit bid. Finally, the Court was also influenced by the fact that there were serious issues as to whether Hybrid’s collateral included many of the assets that it proposed to purchase. As the Court observed, a secured creditor’s ability to credit bid presupposes that the creditor has valid liens on the assets it proposes to purchase and here that premise was in doubt.

Between the hearing on January 10, 2014 and the time the parties returned to court on January 21, 2014, the debtors proposed revised bid procedures and each of Hybrid and Wanxiang revised its bid. As things stand now, Hybrid will open bidding at an auction to be held on February 12, 2014 with a bid of $55 million, consisting of $30 million in cash and a $25 million credit bid, and Wanxiang will open with a bid of $35.25 million in cash and a 20% equity stake. Each will be designated a stalking horse, which means that each will be entitled a reimbursement of expenses up to $750,000 if it is not the winning bidder.

This is not the first time that parties have tried to limit a secured creditor’s ability to credit bid based on allegations that the secured lender does not have valid liens on the assets being sold. In most of those cases, courts have first decided those issues before the auction takes place. Often they have decided in the secured lenders’ favor and, as a result, allowed it to credit bid the full amount of the debt. See In re Submicron, 432 F.3d 448 (3d Cir. 2006); In re Radnor, 353 B.R. 820 (Bankr. D. Del. 2006).

Addressing issues concerning the validity and extent of a secured lender’s liens takes time. Fisker argued that it did not have the luxury of the time required to address these issues since it is hemorrhaging cash. Although the Court expressed concern over a quick auction, the debtors persuaded the Court that a more measured pace would severely damage the estates through substantial cash burn.

In the absence of a determination of the scope of Hybrid’s liens, restricting its credit bid to the price it paid for this debt may be a rough justice means of approximating the value of the assets that are unquestionably subject to its liens. In that sense, this decision is a twist on the established principle that a secured creditor can only credit bid with respect to a sale of its collateral—but it is a twist that strikes at the most fundamental premise underlying the practice of trading in distressed debt. And there are other vehicles that some courts have used to deal with uncertainty about the scope of a secured lender’s liens at the time of an auction—e.g., require the lender to disgorge the amount of a credit bid allocated to assets that are later determined not to be subject to valid liens, and require the lender to provide proof of its ability to refund that sum, or security in case it is required to do so.

Debt trading has had a major impact on chapter 11s, which is one of the reasons why the Fisker decision is noteworthy. And issues about whether Hybrid had valid liens on all of the assets complicated the analysis. But much of the rationale underlying the Court’s decision in Fisker will be applicable even when the secured creditor is the original lender and there is no issue about the scope or validity of the liens, for if the prospect of a large credit bid is sufficient cause to deny (or limit) credit bidding, every oversecured creditor will face the prospect that it will not be able to credit bid, or at least not credit bid the full amount of its debt. 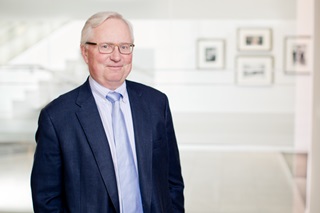 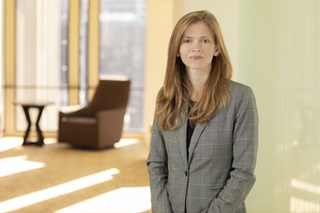