Fifth Circuit Issues Its Decision in D.R. Horton Holding That Mandatory Class Action Waivers In Arbitration Agreements Do Not Violate The NLRA

On January 3, 2012, the National Labor Relations Board issued its controversial decision in D.R. Horton, Inc., holding that an arbitration agreement between an employer and an employee requiring that all disputes “be determined exclusively by final and binding arbitration,” in which the arbitrator would “not have the authority to fashion a proceeding as a class or collective action,” violates employees’ rights to engage in collective action under Section 7 of the NLRA. Horton then appealed to the Fifth Circuit.

The decision, which is consistent with the three other circuit courts to review this issue, is another nice victory for employers.

After Concepcion, with employee-friendly class action procedures threatened, the NLRB stepped in with a novel opinion that the NLRA superseded the FAA’s policy in favor of arbitration agreements. Section 7 of the NLRA has, since its enactment in 1935 and its recodification in 1947, protected the rights of employees to engage in “concerted activities for the purpose of collective bargaining or other mutual aid or protection.” In more than half a century, as the Fifth Circuit explained, “no court decision prior to the Board’s ruling” in D.R. Horton “had held that the Section 7 right to engage in ‘concerted activities for the purpose of . . . other mutual aid or protection’ prohibited class action waivers in arbitration agreements.” But within a year of Concepcion, the NLRB announced that the NLRA had created such a right.

The Fifth Circuit reversed, finding that “[c]aselaw under the FAA points us in a different direction than the course taken by the Board.” As the Fifth Circuit explained, the use of class action procedures is not a substantive right. Following Concepcion, the Fifth Circuit held that “[r]equiring a class mechanism is an actual impediment to arbitration and violates the FAA.” Finding that “[n]either the NLRA’s statutory text nor its legislative history contains a congressional command against application of the FAA,” the Fifth Circuit held that employees’ rights under Section 7 of the NLRA are not violated by an arbitration agreement containing a class action waiver.

Importantly, however, the Fifth Circuit sided with the NLRB on the question of whether the language of the specific arbitration provision at issue in that case “would lead employees to a reasonable belief that they were prohibited from filing unfair labor practice charges.” Although nothing in the agreement expressly contained such a prohibition, the Fifth Circuit concluded that an agreement to arbitrate, which listed specific exceptions, but none of which referred to unfair labor practice claims, could give employees such an impression. Thus, the Fifth Circuit concluded that the employer could be required “to clarify with its employees that the arbitration agreement did not eliminate their rights to pursue claims of unfair labor practices with the Board.”

With the authorities coalescing around the enforcement of arbitration agreements with class action waivers, companies without such agreements should consider whether to adopt them. Even when the underlying claims lack merit, class action litigation can be burdensome and expensive. Compelling arbitration on an individual basis can be an effective defense. 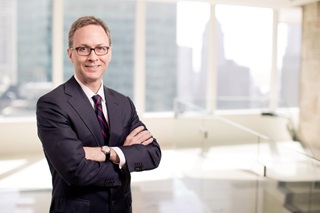 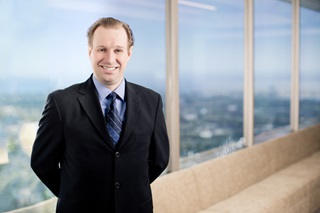