The Chinese government has taken another step to further liberate outbound investments. On September 6, 2014, the Ministry of Commerce (“MOFCOM”) issued the Outbound Investment Administrative Rules (“Order 3”), which becomes effective on October 6, 2014, to replace the old MOFCOM rules regulating outbound investment projects. With certain exceptions, Order 3 removed the investment-size-based approval requirement and simplified the application process. This client alert discusses the background and highlights of Order 3, and examines issues that may impede Order 3 from speeding up investment approvals. Overall Order 3 promises to be a positive development for speedier and easier outbound investment from China.

2013 Catalogue issued by the State Council

In 2013, the Chinese government began reforming its regulatory regime, including areas affecting outbound investments. The State Council issued a new Catalogue of Investment Projects Subject to Government Approval (the “2013 Catalogue”) on December 2, 2013 which aimed to, among other things, relax investment approval requirements for outbound investments from China. The 2013 Catalogue redefined the roles of the primary regulatory agencies, including the National Development and Reform Commission of China (“NDRC”), MOFCOM, and their respective local counterparts.

The State Council’s 2013 Catalogue set forth a framework to replace the previous NDRC approval requirements with a filing process for outbound investments (with the exception of projects involving investment from Chinese party that exceeds US$1 billion). To formalize this framework, NDRC issued the Measures for the Administration of Approval and Filing of Outbound Investment Projects ( “Order 9”) in April 2014. Under Order 9, (i) filing with NDRC is required where (a) a Chinese party’s investments exceed US$300 million or (b) investments are made by centrally-administered state-owned enterprises, and (ii) approval by NDRC is required where (a) a Chinese party’s investment exceeds US$1 billion or (b) the project involves a sensitive country, region or sector.

According to the State Council’s 2013 Catalogue, MOFCOM approval is only required for non-financial sector investments[1] involving a sensitive country, region or sector. Other outbound investments are only subject to filing with MOFCOM or its local counterparts, depending on the nature of the Chinese investor (please see details in the section “Filing-focused System” below). Unlike NDRC’s relatively conservative approach, MOFCOM took further steps to liberalize the regulatory regime for outbound investments from China.

Under the old MOFCOM rules, Chinese investors had to obtain MOFCOM’s approval for investments exceeding a specified amount, investments in sensitive countries, regions and sectors, and for formation of offshore special purpose vehicles. The size of the transaction determined whether approval from central MOFCOM or its local counterpart was required. For example, an outbound investment by a Chinese investor of over US$100 million had to be approved by MOFCOM at the central level, a process that could not be initiated until the NDRC approval was obtained. The entire approval process could take several months.

Under Order 3, MOFCOM approvals are only required for non-financial sector outbound investments in “sensitive countries and regions” and “sensitive sectors.” Otherwise, all outbound investments in non-financial sectors are only subject to filing with MOFCOM (where the investment involves centrally-administered state-owned enterprises) or its provincial counterparts, regardless of the deal size. MOFCOM also eliminated the approval requirement on the formation of offshore special purpose vehicles.

Major Changes to the Application Process

In the filing process, an applicant is only required to complete an information form and file a copy of its business license. MOFCOM, in turn, should make its determination within three working days based on a set of straightforward criteria, i.e., MOFCOM should accept the application and complete the filing if the form is complete and accurate. By adopting straight-forward and objective criteria, MOFCOM has attempted to prevent the filing process from becoming a de facto approval regime.

The MOFCOM approval process has been simplified as well. For example, the applicant is no longer required to submit M&A prophase reports among the application materials. The overall time frame of the approval process has been reduced by five working days: approval decisions should be made by MOFCOM within 20 working days for applications submitted by centrally-administered state-owned enterprises or by provincial MOFCOM within 30 working days for applications submitted by other enterprises after the approval applications are accepted by the authorities, each of which includes time for consulting Chinese embassies and consulates.

However, one should not assume that Order 3 will entirely free outbound investments from scrutiny of the Chinese government. For example, NDRC’s amended “road pass” regime could delay outbound projects . Unlike MOFCOM’s reviewing criteria, NDRC’s Order 9 allows NDRC to exercise a fairly broad regulatory discretion. For instance, NDRC may refuse to accept an outbound investment filing on grounds that it fails to comply with industrial policies and outbound investment policies.

It is worth noting that the applicant is required to make certain representations when submitting the application forms, including as to the accuracy of the information and the project’s consistency with public interests, compliance with Chinese laws, international treaties and export control policies. It is expected that MOFCOM will no longer conduct substantial review on the accuracy of representations for outbound investment projects before issuing the registration certificate. Instead, MOFCOM will rely on the representations made by the applicants during the filing process and will impose legal liability (such as warning, or suspension of outbound investment applications for one year or three years depending on the severity of violation) on applicants for any misrepresentation.

Some Points to be Clarified

We await further guidance on certain issues regarding implementation of Order 3. Order 3 is not clear on the timing of the filing for outbound investment projects. Under the old MOFCOM rule, Chinese outbound investors needed to obtain MOFCOM’s approval after the execution of the definitive agreements and before the closing of the transactions. However, such provision is removed from Order 3; Order 3 is silent on the deadline for obtaining MOFCOM approval and fulfilling the filing obligation and it is not clear whether NDRC’s “road pass” remains a condition precedent to the initiation of MOFCOM review. It is likely that the timing for obtaining MOFCOM approval will remain the same after Order 3. However, we will need to wait and see how MOFCOM implements Order 3 in this regard and how it sets the deadline for fulfilling the filing obligation.

In 2005, MOFCOM and the State Administration for Foreign Exchange (the “SAFE”) jointly issued a circular that requires a domestic company to report to MOFCOM and SAFE after it decides to purchase an overseas company’s assets or shares. In April 2014, MOFCOM expressly confirmed in a notice that such circular remains valid. However, this pre-reporting requirement is not mentioned in Order 3 and it is not clear whether MOFCOM will abolish or enhance such pre-reporting requirement after Order 3 takes effect.

MOFCOM’s new rules clearly go a long way in enhancing Chinese enterprises’ competitiveness in outbound transactions and furthering the Chinese government’s “go global” policy. However, pending further detailed implementing rules, Chinese outbound investors should bear in mind that extensive communication with applicable regulatory agencies, including NDRC, MOFCOM and SAFE is essential to ensure a smooth and successful filing or approval process, as the case may be.

[1] Outbound investments in financial sector are regulated by separate rules issued by the Chinese government.

This memorandum is a summary for general information and discussion only and may be considered an advertisement for certain purposes. It is not a full analysis of the matters presented, may not be relied upon as legal advice, and does not purport to represent the views of our clients or the Firm. Wendy Pan, an O'Melveny partner licensed to practice law in New York, Delaware, and Pennsylvania, Ning Zhang, an O'Melveny counsel licensed to practice law in New York, and Aaron Xin, an O'Melveny legal consultant in O'Melveny's Shanghai office, contributed to the content of this newsletter. The views expressed in this newsletter are the views of the authors except as otherwise noted. 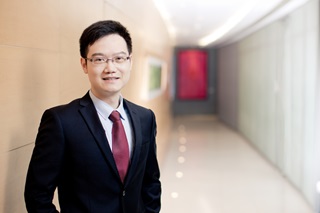