A recent decision of the Hong Kong Court of First Instance (CFI) in relation to the Mainland Judgments (Reciprocal Enforcement) Ordinance (Cap 597) (“the Ordinance”) confirms that the CFI will not lightly set aside registration of a Mainland Judgment for enforcement in Hong Kong.

This decision, in the case of 吳作程 v梁儷瀞 and others, is believed to be the first reported case relating to the application of the Ordinance, which has been in force since 2008 and empowers Hong Kong courts to register judgments of Mainland China courts, where, inter alia, the judgment orders a sum of money to be paid, is final and conclusive and is enforceable in the Mainland. Once a judgment is registered, it can be executed in Hong Kong as it if was a judgment of the CFI, which was entered on the day of registration.

The Hong Kong CFI dismissed the defendants’ application to set aside its order registering a judgment which the plaintiff obtained in Mainland China.

The plaintiff was a lender under a loan agreement. The first defendant was the borrower and the second to fifth defendants were guarantors.

The borrower defaulted on its repayments and, in November 2014, the plaintiff obtained a judgment from the Shenzhen Intermediate People’s Court (the “Shenzhen Court”) in the form of a Reconciliation Statement, providing terms on which the parties would settle the dispute) (the “Judgment”). According to the Judgment, the defendants were due to pay the plaintiff various sums on certain dates.

Registering the Judgment in Hong Kong

The plaintiff applied to enforce the Judgment in the Shenzhen Court and, in January 2015, obtained a certificate to the effect that the Judgment was final and enforceable in the Mainland (the “Certificate”). In October 2015, the plaintiff obtained an order in the CFI in Hong Kong to register parts of the Judgments under the Ordinance for payment of the outstanding sum.

Defendants’ application to set aside the registration

The defendants’ argument that the Judgment should not be registered as it could not be severed under the Ordinance was also rejected. Master Leong referred to the section 13 of the Ordinance, which specifically provides for partial registration of a Mainland Judgment when that judgment is for performance in stages, which he said applied in this case.

This case serves as a useful reminder that a party should take prompt action in the PRC in order to maintain its ability to argue, in any subsequent Hong Kong registration proceedings, that a PRC judgment is not enforceable; delaying until the plaintiff has obtained a certificate and registration in the Hong Kong courts is likely to be too late.

This memorandum is a summary for general information and discussion only and may be considered an advertisement for certain purposes. It is not a full analysis of the matters presented, may not be relied upon as legal advice, and does not purport to represent the views of our clients or the Firm. Denis Brock, an O'Melveny partner licensed to practice law in Hong Kong (Solicitor-Advocate), England & Wales (Solicitor-Advocate), Australia, New Zealand and New York, and Sarah Knapton, an O'Melveny counsel licensed to practice law in Hong Kong, England and Wales, contributed to the content of this newsletter. The views expressed in this newsletter are the views of the authors except as otherwise noted. 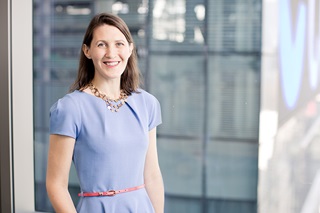