On June 22, 2015, the Supreme Court issued a decision in Kimble v. Marvel Entertainment, LLC, upholding its earlier decision of Brulotte v. Thys, 379 U.S. 29 (1964). The Court held that agreements for the payment of post-patent expiration royalties are unlawful per se. The factual background, respective arguments, and an analysis of the Court’s recent decision are set forth below.

In 1990, Stephen Kimble obtained a patent for a Web Blaster Spider-Man toy; the patent term ended in May 2010. Although no agreement was reached between Kimble and Marvel, Marvel produced a toy that appeared to utilize Kimble’s design. Kimble sued Marvel in 1997 alleging, among other things, patent infringement. The parties ultimately settled that litigation. Their agreement provided that Marvel would purchase Kimble’s patent in exchange for a lump sum (of about a half-million dollars) and a 3% royalty on Marvel’s future sales of the Web Blaster and similar products. The parties set no end date for royalties, “apparently contemplating that they would continue for as long as kids want to imitate Spider-Man.”

Marvel eventually came across Brulotte, the case at the heart of this dispute. Previously, in negotiating the settlement agreement, neither side was aware of Brulotte. Brulotte held that the patent laws prevent a patentee from receiving royalties for sales made after his patent’s expiration. In Brulotte, the Court ruled that, when patents are sold or licensed in return for a royalty payment, the purchaser is not obligated to continue such payments beyond the expiration date of the patents because doing so would improperly extend the patent monopoly beyond the intended time limit and thus over-compensate the patent owner. This would constitute a form of “patent misuse”, an antitrust violation.

Brulotte’s impact on the agreement between Marvel and Kimble would be to sunset the settlement’s royalty clause. Upon making that discovery, Marvel sought a declaratory judgment in federal district court confirming that the company could cease paying royalties come 2010—the end of Kimble’s patent term. The court approved that relief, holding that Brulotte made “the royalty provision . . . unenforceable after the expiration of the Kimble patent.”

Kimble subsequently appealed to the United States Court of Appeals for the Ninth Circuit. The Ninth Circuit also applied Brulotte, affirming the Arizona district court’s ruling that post-expiration royalties were unlawful. The Ninth Circuit did, however, note that the Brulotte rule is “counterintuitive” but was nonetheless bound to it because of stare decisis.

Kimble appealed to the United States Supreme Court. The Supreme Court granted certiorari on December 12, 2014 to determine whether it is permissible for a patent holder to collect post-expiration royalties arising out of a patent licensing agreement.

In this case, the Supreme Court was asked to decide whether it should uphold the current rule that contractual obligations to pay royalties arising out of patent licenses cannot extend beyond the lives of the underlying patents. Kimble argued that a more flexible rule, similar to the antitrust “rule of reason” (as compared to the per se rule articulated in Brulotte), would encourage companies and individuals to license more patents and produce more products.

In contrast, however, Marvel asserted that by overturning Brulotte’s per se rule, inventors would exploit their market power beyond the life of the patent, harming consumers, as well as innovators creating new products and technologies. Furthermore, Marvel argued that under the doctrine of stare decisis, Kimble has not overcome the presumption against overturning Brulotte.

Conversely, Kimble argued that the Supreme Court should overturn its holding in Brulotte in light of new evidence relating to the economic harms produced by the rigid rule of Brulotte.

In Brulotte, the Court reasoned that, because a patent has a limited life, any obligation to pay royalties that extends beyond the life of the patent is per se unlawful.

When a patent expires, the unrestricted right to make or use the article passes to the public. See Sears, Roebuck & Co. v. Stiffel Co., 376 U. S. 225, 230. Brulotte applied that principle to an agreement that provided for the payment of royalties accruing after the patent’s expiration. 379 U. S., at 30. Brulotte held that the post-patent royalty provision was “unlawful per se,” id., at 30, 32, because it continued “the patent monopoly beyond the [patent] period,” id., at 33, and, in so doing, conflicted with patent law’s policy of establishing a “postexpiration . . . public domain,” id.

The Court in Kimble—in an opinion authored by Justice Elena Kagan—upheld Brulotte, explaining that the power of stare decisis is too strong to be overcome, and moreover, that even if the policy in Brulotte is incorrect, “Congress, not this Court, gets to make patent policy.” Kagan also quoted Justice Brandeis, stating that it is “more important that the applicable rule of law be settled than that it be settled right.”

The Court further explained that stare decisis is stronger here than in other cases. First, “stare decisis carries enhanced force when a decision, like Brulotte, interprets a statute. Here, unlike in a constitutional case, critics of [the Court’s] ruling can take their objections across the street, and Congress can correct any mistake it sees.” Second, in “cases involving property and contract rights, considerations favoring stare decisis are ‘at their acme.’ That is because parties are especially likely to rely on such precedents when ordering their affairs.” And that “[o]verturning Brulotte would thus upset expectations.”

The Court added that “nothing about Brulotte has proved unworkable,” and that its “simplicity” makes it easy and consistent in its application: “A court need only ask whether a licensing agreement provides royalties for post-expiration use of a patent.”

The Court upheld the rule that post-patent royalties are unlawful per se. The rule expressed by both Brulotte and Kimble applies even where equal bargaining power exists between parties and they enter into a voluntary agreement. Nonetheless, parties to a licensing agreement can utilize various tactics to circumvent the burdens of the Brulotte-Kimble bright-line rule. In particular, it is a rare experienced licensing lawyer who is unaware, as were the parties to Kimble, of this rule.

Although the Court’s decision here appears to limit patent owners’ leverage and the patents value itself, there are legally acceptable methods of contracting around the Brulotte rule. There are a number of strategies which may be employed to allow for at least some deferral or amortization of royalties if doing so would make business sense to both parties to the licensing agreement, even with the continuation of Brulotte’s bright-line rule, as expressed in Kimble. Indeed, the Court itself noted that there are “ways around Brulotte, enabling [parties] to achieve [the] same ends.” Some of these work-arounds often employed in practice include the following, which are cited and/or implicitly referenced by the Court:


In effect, because of these exceptions and “ways around Brulotte,” the Brulotte-Kimble rule is only a limited constraint on licensing agreements and other agreements involving ongoing payment for patent rights. Counsel to a licensor should ensure that appropriate contractual precautions be negotiated to avoid the application of Brulotte-Kimble.

Please feel free to contact the following attorneys at O’Melveny & Myers with respect to the matters discussed in this Alert. We have broad experience in patent licensing and related transactions, including in particular, life sciences and technology.
This memorandum is a summary for general information and discussion only and may be considered an advertisement for certain purposes. It is not a full analysis of the matters presented, may not be relied upon as legal advice, and does not purport to represent the views of our clients or the Firm. Stanton Lovenworth, an O'Melveny partner licensed to practice law in New York, and Andrew Dolak, an O'Melveny partner licensed to practice law in California, contributed to the content of this newsletter. The views expressed in this newsletter are the views of the authors except as otherwise noted. 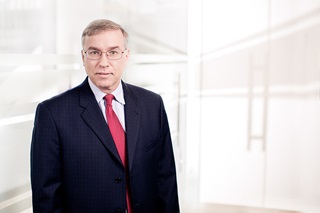