On Friday, June 20, 2014, the Securities and Exchange Commission (“SEC”) issued an order settling proceedings against a venture capital fund adviser (“Adviser”) for violations of the SEC’s Pay-to-Play Rule, Rule 206(4)-5 under the Investment Advisers Act of 1940 (“Advisers Act”).[1] The SEC’s Pay-to-Play Rule for investment advisers generally prohibits an adviser from providing advisory services for compensation to a government client for a two-year period following a political contribution by the adviser or certain of its executives or employees to certain elected officials. This first case under the Pay-to-Play Rule since the adoption of the rule in 2010 highlights the need for all fund advisers to review their compliance policies and procedures as well as business practices to ensure their compliance with the rule.

In the same settlement order, the SEC also alleged that the Adviser and an affiliated adviser improperly acted as unregistered investment advisers in violation of the Advisers Act. The order is available here.

The Pay-to-Play Rule prohibits, among other things, any investment adviser from providing investment advisory services for compensation to a government client—either directly or through a fund in which a government client invests—within two years after a campaign contribution has been made by the adviser or any “covered associate”[2] of the adviser. The rule is explicitly designed to limit contribution to officials who can “influence the hiring of an investment adviser in connection with money management mandates.” It applies to both registered advisers and exempt reporting advisers.

The SEC alleged that the Adviser violated the Pay-to-Play Rule by continuing to receive advisory fees for its advisory services to two public pension funds—Philadelphia Retirement Fund and Pennsylvania State Employees’ Retirement System (“SERS”)—after a covered associate of the Adviser made political contributions to two Pennsylvania officials. The covered associate made a $2,500 contribution to the campaign of a candidate for Mayor of Philadelphia and a $2,000 campaign contribution to the Governor of Pennsylvania.[3] The SEC concluded that the Mayor of Philadelphia and the Governor of Pennsylvania “had the ability to influence the selection of investment advisers for their respective public pension funds” because the Mayor appoints three of the nine members of the Philadelphia Retirement Board and the Governor appoints six members of the 11-member SERS board.

According to the SEC’s findings, the Philadelphia Retirement Board has been an investor in one of the Adviser’s funds since 2000, and SERS has been an investor in two of the Adviser’s funds since 1999 and 2000, respectively.[4] The SEC’s allegation focuses on the Adviser’s continued receipt of advisory fees during the two-year period following the political contributions in 2011. The allegation is consistent with the SEC’s stance in its release that announced the adoption of the Pay-to-Play Rule: “investment advisers subject to new rule 206(4)-5 are not prohibited from providing advisory services to a government client, even after triggering the two-year time out. Instead, an adviser is prohibited from receiving compensation for providing advisory services to the government client during the time out.”[5] The settlement order makes clear that the two-year time out rule applies to investment advisers even if the government client was already invested in the covered investment pool prior to the time of the contribution. Accordingly, an investment adviser that makes a contribution to an existing government client that triggers the Pay-to-Play Rule should be aware that, although its fiduciary obligations may require the adviser to continue providing advisory services for a reasonable time after the contribution to allow the government client to replace the adviser, it cannot be compensated for such services.

Moreover, although the concern of the Pay-to-Play Rule is with those contributions that give rise to “quid pro quo” exchanges for advisory business, the settlement order makes clear that the rule does not require a showing of quid pro quo or actual intent to influence an elected official or candidate.

As part of the settlement, the Adviser agreed to disgorgement and prejudgment interest totaling $259,894. Advisers should be mindful of the potential remedial measures for a violation of the Pay-to-Play Rule. Despite the strict liability on advisers for pay-to-play violations, under limited circumstances, advisers can return certain contributions upon their discovery for compliance with the Pay-to-Play Rule.[6] However, if an adviser to a registered investment company is unable to satisfy the conditions of the rule for returning a contribution, it could have to waive its advisory fee for a fund as a whole in an amount approximately equal to fees attributable to the government entity investor. Alternatively, the government entity could continue to pay its portion of the advisory fee, but the adviser could be required to rebate that portion of the fee to the fund as a whole. For a private pool, the SEC has said that the adviser could seek to cause the pool to redeem the investment of the government entity investor, or, in the case that redemption is not practicable, the adviser could waive or rebate the portion of its fees or any performance allocation or carried interest attributable to assets of the government client. As in this case, the adviser that breaches the Pay-to-Play Rule may also face a civil penalty, censure, or other remedial measures.

The SEC also alleged that the Adviser and an affiliated adviser improperly relied upon exemptions from registration, filing as exempt reporting advisers. The SEC found that the Adviser and the related adviser, each separately claiming to be exempt from SEC registration, should have been integrated as a single adviser and would not have qualified for any exemption from registration if integrated. The SEC reasoned that the two firms were under common control and were not operationally independent of each other and, thus, should have been integrated as a single investment adviser for the purpose of the applicability of any exemption.

O’Melveny & Myers is available to advise investment advisers and fund managers about compliance and regulatory obligations, including the registration requirements and specific requirements of the Pay-to-Play Rule. For questions, please contact Heather Traeger at (202) 383-5232 or Zhao Liu at (202) 383-5510.

[1] In the Matter of TL Ventures Inc., Advisers Act Rel. No. 3859 (June 20, 2014).
[2] “Covered associates” include: (1) any general partner, managing member or executive officer, or other individual with similar functions or status; (2) any employee who solicits a government entity for the adviser and any person who supervises such employee; or (3) any political action committee controlled by the adviser or persons named in (1) or (2). Advisers Act Rule 206(4)-5(f)(2).
[3] Rule 206(4)-5 includes a de minimis provision allowing natural persons to contribute up to $350 per election per candidate if the contributor is entitled to vote for the candidate and up to $150 per election per candidate if the contributor is not entitled to vote for the candidate. The payments here were far in excess of the permissible de minimis amounts.
[4] The Adviser’s Funds are in wind down mode.
[5] Political Contributions by Certain Investment Advisers, Advisers Act Rel. No. 3043 (Sept. 13, 2010).
[6] See Advisers Act Rule 206(4)-5(e). The SEC has previously granted exemptive relief from the two-year ban when an adviser discovered a contribution and undertook prompt remedial efforts, including (1) returning the full amount of the contribution; (2) establishing an escrow account into which all fees from the public pension plans were deposited for a two-year period; and (3) updating its pay-to-play policies to require covered associates to pre-clear all campaign contributions. See Advisers Act Rel. No. 3715 (November 13, 2013); Advisers Act Rel. No. 3693 (October 17, 2013).

This memorandum is a summary for general information and discussion only and may be considered an advertisement for certain purposes. It is not a full analysis of the matters presented, may not be relied upon as legal advice, and does not purport to represent the views of our clients or the Firm. Heather Traeger, an O'Melveny partner licensed to practice law in the District of Columbia and Texas, and Zhao Liu, an O'Melveny associate licensed to practice law in California, contributed to the content of this newsletter. The views expressed in this newsletter are the views of the authors except as otherwise noted. 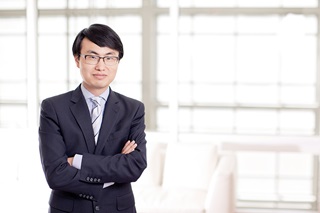