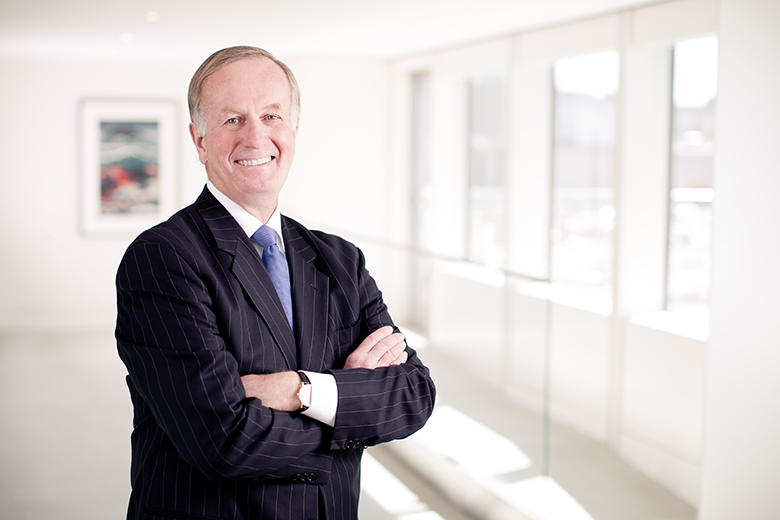 Arthur B. Culvahouse, Jr. is Chair Emeritus and Of Counsel to the international law firm of O’Melveny & Myers LLP.

A.B. has led the highest levels of American government and built a distinguished international legal practice through five decades. A dedicated public servant, his work has been honored by U.S. Presidents, and his counsel requested by many seeking to enter the White House.

In 2019, A.B. was sworn in as U.S. Ambassador to the government and people of Australia. While leading the U.S. Mission in Canberra, he facilitated American cooperation and aid during the tragic brush fires and global Covid crisis. A.B. worked to deepen economic engagement by developing strategically reliable critical minerals supply chains, frontier technologies, and joint endeavors in space exploration, earning him recognition as EAP Bureau Nominee for Outstanding non-career Ambassador.

A.B. served as White House Counsel to President Ronald Reagan, where he represented the President in the Iran-Contra investigations and advised on ratification of the Intermediate Nuclear Forces Treaty and Supreme Court nominations. Reagan awarded A.B. the Presidential Citizens’ Medal, an award established in 1969 to “recognize citizens who performed exemplary deeds of service for the country or their fellow citizens.”

Through over 40 years of work with O'Melveny & Myers LLP, A.B. guided the firm as Chair, Head of Washington, D.C. Office, and Chair Emeritus. He brought world class expertise to matters on corporate governance, internal investigations, compliance, Congressional investigations, and strategic counseling, frequently at the highest level of geopolitical sensitivity regarding operations in China, Iran, Cuba, and other nations. His clients included the International Olympic Committee, major investment banks, energy concerns, Federal Reserve and SEC chairs, and he counseled corporate boards and audit committees for a wide range of multinational corporations.

A.B. was raised in Ten Mile, Tennessee, earning his undergraduate degree from the University of Tennessee and Juris Doctor from the New York University School of Law. A.B. is the proud father of three accomplished daughters.