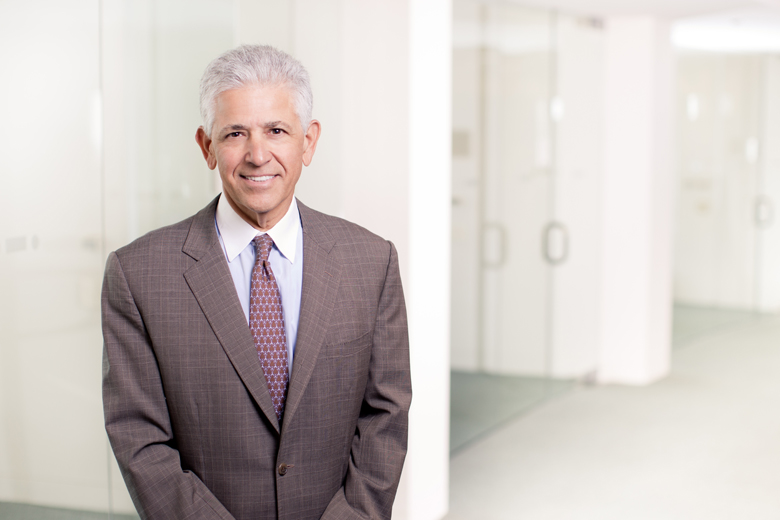 Daniel Petrocelli is the Chair of O’Melveny’s Trial Practice and a Vice Chair of the firm. Dan has a national trial practice representing clients in major litigation in a wide variety of areas, including sports, entertainment, intellectual property, unfair competition, business torts, securities, employment law, and criminal defense.

The American Lawyer honored Dan as the 2020 “Litigator of the Year,” noting that he “is a lawyer clients call in the toughest situations,” and the Daily Journal selected him among its “Lawyers of the Decade.” Legal 500 ranks Dan as one of the country’s top 10 trial lawyers and selected him as the winner of its inaugural “Leading Trial Lawyer of the Year,” describing him as an “excellent, excellent trial lawyer” in a “whirlwind year which saw him try a slew of different matters back-to-back across various industries.” Chambers USA ranks Dan as a leading lawyer and quotes sources who say he is “a first-rate trial lawyer” and “a fantastic force,” “the one you hire for bet-the-company cases” who is “highly in demand.” Clients compliment him for being “very strategic, very good in court and very client-focused.” Dan has also been recently recognized by Billboard Magazine as a “Top Music Lawyer,” Variety as one of the industry’s “50 Game-Changing Entertainment Attorneys,” The Hollywood Reporter as a “Power Lawyer,” Benchmark Litigation as a “Trial Lawyer of the Year,” The National Law Journal as a “Winning Litigator,” and by Law360 as a “Media & Entertainment MVP.” Dan is a frequent national commentator on trials and other legal issues, as well as a featured speaker on legal issues at business groups, bar and judges associations, and citizens groups.

Reuters: Stephen King Going to Bat for US Gov’t in Case Against Book Publishing Mega-Merger

Vanity Fair: The Antitrust Showdown to Determine Simon & Schuster’s Fate is About to Begin

Publishers Weekly: In Final Briefs, DOJ, PRH Flesh Out Arguments Ahead of Trial

Puck: The Billion-Dollar Book Deal of the Century

The Baltimore Sun: Veterans of Legal Battles Over Michael Jackson Estate and Against O.J. Simpson Jump Into Angelos Fray

Law360: Epic’s Bandcamp Won’t Have To Use Google Billing, For Now

The AmLaw Litigation Daily: As Firm Financials for 2021 Start Flowing In, A Couple of Observations on Litigation Micro-Trends

Above The Law: O’Melveny’s Dan Petrocelli Weighs In On Publishing Industry Antitrust Suit

NBC News: Marvel Sues Artists and their Heirs to Block them from Rights to Spider-Man, Other Heroes

Reuters: How an O’Melveny discovery sleuth saved the day

Law.com: How Courts, Litigators and Clients Learned to Stop Worrying and Love (Some Aspects of) Remote Work

Law.com: Litigation Trendspotter: It’s Becoming Clear That Virtual Court Is Not Going Away