On May 6, 2020, the Office for Civil Rights (OCR) of the Department of Education (DOE) issued a Final Rule regarding how Title IX of the Education Amendments of 1972 requires schools that receive federal financial assistance to respond to sexual harassment allegations. Unlike guidance issued by the OCR over the past decade, the Final Rule was issued through a formal notice-and-comment process, which means it will carry the force of law.

The Final Rule takes effect on August 14, 2020. In response to comments concerning the effective date, the DOE explained that it “will not enforce these final regulations retroactively.” The DOE also noted that “some Title IX sexual harassment reports occurring within the same education program or activity within the same school year may be handled under the current Title IX regulations while others will be addressed under the requirements of the final regulations[.]” The DOE declined to “creat[e] . . . two separate effective dates for different provisions of the final regulations, because such an approach would create confusion rather than clarity.”

The DOE’s responses to commenters fail to expressly address the impact of the Final Rule on proceedings that commenced but did not finish prior to the effective date. The DOE states that the Rule is not retroactive and seems to suggest that proceedings commenced prior to August 14, 2020 may continue under the old regime. But the DOE does not define what it means for the Rule to apply “retroactively,” and case law suggests that “procedural” provisions of the Final Rule may apply in certain cases that have not reached a final determination by the Rule’s effective date. Given the complexity of the retroactivity analysis, we recommend seeking legal advice in connection with cases proceeding now through August 14.

On the whole, the Final Rule is largely unchanged from the notice of proposed rulemaking (NPRM) that the OCR released in 2018, although several notable departures from the NPRM are highlighted below. As expected, the Final Rule (like the NPRM) bolsters the rights of students accused of sexual misconduct. This Client Alert identifies the major provisions of the Final Rule and analyzes the extent to which the OCR revised these provisions in response to public comments on the NPRM.

1. Actual Knowledge. Up until now, the OCR used a “responsible employee” standard to describe the pool of employees to whom notice triggered a school’s obligation to respond to sexual harassment complaints. The term “responsible employee” was further defined to mean an employee who “has the authority to take action to redress the harassment,” or “who has the duty to report to appropriate school officials sexual harassment or any other misconduct by students or employees,” or “who a student could reasonably believe has this authority.” Under this standard, a school was “on notice” under Title IX when a responsible employee “knew” or “should have known” about possible harassment.

The notice standard adopted in the Final Rule is considerably more narrow. Under the Final Rule, to be subject to administrative enforcement, a school must have had “actual knowledge” of prohibited behavior. “Actual knowledge” means notice of sexual harassment or allegations of sexual harassment to: (i) a school’s Title IX Coordinator; (ii) school official who has authority to institute corrective measures on the school’s behalf; or (iii) any elementary or secondary school employee. This third element is broader than the NPRM, under which schools would have been put on notice if reports were made to elementary and secondary schools teachers but not to any employee. Complainants or third parties may put a school on notice through reports made in person or by e-mail, phone, or mail.

Under the Final Rule, unwelcome conduct only constitutes sexual harassment if it consists of “unwelcome conduct that a reasonable person would determine is so severe, pervasive, and objectively offensive that it effectively denies a person equal access to the school’s education program or activity.” The Final Rule (unlike the NPRM) specifies that “dating violence, domestic violence, or stalking as defined in the Violence Against Women Act” also constitutes sexual harassment.

3. Complainant’s Status. The definition of “formal complaint” under the Final Rule states that at the time of filing a formal complaint, the complainant must be participating in or attempting to participate in the school’s education program or activity. Therefore, schools may dismiss Title IX complaints when, at the time of filing, the complainant is a former student or employee with no continuing involvement with the school.

4. Respondent’s Status. The Final Rule specifies that “respondent” means “an individual who has been reported to be the perpetrator of conduct that could constitute sexual harassment[,]” regardless of whether the individual has an affiliation or connection with the school. Significantly, however, the Final Rule grants schools discretion to dismiss Title IX complaints against respondents who are no longer enrolled or employed by the school. The DOE explains that this discretion recognizes that a school’s Title IX obligations might not include completing a grievance process in a situation where the school lacks disciplinary authority over the respondent.

5. Sexual Harassment Occurring in a School’s “Education Program or Activity” and “in the United States.” The Final Rule, unlike the NPRM (which was silent on the issue), specifies that “education program or activity” includes locations, events, or circumstances in the United States over which the school exercised substantial control over the respondent and the context in which the sexual harassment occurred and also includes any building owned or controlled by a student organization that is officially recognized by a postsecondary institution (such as a fraternity or sorority house located on or off campus).

7. School’s Mandatory Response Obligations: Deliberate Indifference Standard and Response to Formal and Informal Complaints. The Final Rule requires schools to respond promptly to Title IX sexual harassment in a manner that is not deliberately indifferent, i.e., not clearly unreasonable in light of the known circumstances.

8. Informal Resolution. Like the NPRM, the Final Rule grants schools discretion to choose whether to offer informal resolution options—even in cases of alleged sexual assault—if both parties provide voluntary, informed, written consent. However, the Final Rule adds the following qualifications:

9. Investigations. Consistent with the NPRM, the Final Rule states that schools must investigate the allegations in any formal complaint, send written notice of the allegations to both parties upon receipt of a formal complaint, and investigate under specified procedures. The Final Rule, unlike the NPRM, also requires privacy protection for both parties by prohibiting the use of a party’s medical or psychological treatment records during a grievance process without the party’s voluntary, written consent.

10. Hearings. The Final Rule elaborates on the requirement introduced in the NPRM that schools’ grievance processes must include live hearings with cross-examination and clarifies that hearings are optional for K-12 schools (and other recipients of federal financial assistance that are not postsecondary institutions).

12. Decision-Makers. Decision-makers cannot also be the investigators and are under an obligation to: (i) objectively evaluate all relevant inculpatory and exculpatory evidence; and (ii) reach a determination regarding responsibility without deferring to the investigative report.

13. Appeals. Under prior guidance and the NPRM, whether to offer appeals in the grievance process was within a school’s discretion. Under the Final Rule, a school must offer both parties an appeal from a determination regarding responsibility and from a school’s dismissal of a formal complaint or any allegations therein on the following bases: (i) procedural irregularity that affected the outcome of the matter; (ii) new evidence that was not reasonably available at the time the determination regarding responsibility or dismissal was made that could affect the outcome of the matter; and/or (iii) the Title IX Coordinator, investigator, or decision-maker had a conflict of interest or bias that affected the outcome of the matter. A school may offer an appeal equally to both parties on additional bases as well.

Schools must provide both parties equal appeal procedures, which must include: (i) written notice to the other party when an appeal is filed; (ii) decision-maker(s) for the appeal who are not the same person(s) as the decision-maker(s) that reached the determination regarding responsibility or dismissal, the investigator(s), or the Title IX Coordinator(s); (iii) decision-maker(s) for the appeal who have satisfied the Final Rule’s anti-bias and training requirements; (iv) reasonable and equal opportunity for both parties to submit a written statement in support of, or challenging, the outcome; and (v) a written decision provided simultaneously to both parties that describes the result of the appeal and the rationale for the result.

14. Retaliation and False Statements. Unlike the NPRM, the Final Rule expressly prohibits retaliation against any individual for exercising Title IX rights.

Notwithstanding the provisions discussed above, the DOE has acknowledged that schools may choose to address sexual harassment that is outside the scope of Title IX’s jurisdiction. For example, if the allegations in a formal complaint do not meet the Final Rule’s definition of sexual harassment or do not involve conduct that occurred in an “education program or activity” in the United States, the school must dismiss the allegations for purposes of Title IX but may address them in any manner the school deems appropriate under its own code of conduct.

In response to the NPRM as well as recent rulings by the U.S. Court of Appeals for the First and Sixth Circuits, the California Court of Appeal, and other courts, many schools have already begun to shift from the once-popular single-investigator model of resolving Title IX complaints to a hearing model that includes cross-examination. Schools should now prepare to implement any revisions required to bring their policies and procedures into compliance with the Final Rule by August 14, 2020. While we expect that groups such as Equal Rights Advocates, SurvJustice, and Victim Rights Law Center will challenge the Final Rule in court (as they did with respect to the OCR’s 2017 guidance), it is not clear that any lawsuit will enjoin the Rule before it enters into force on August 14. 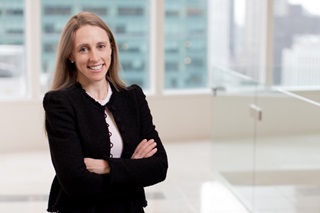 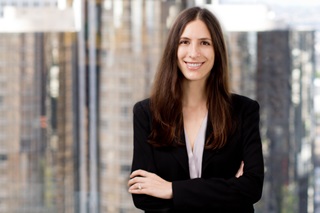