Busting 3 Myths About the Patent Trial and Appeal Board

In “Busting 3 Myths About the Patent Trial and Appeal Board,” a bylined article for the August 9 edition of Law360, O’Melveny partner and seasoned patent litigator Brian Berliner, counsel Sina Aria, and attorney Alex Boyadjian address critics of the America Invents Act’s new framework, who say the Act unfairly favors petitioners.

“Some of the drastic proposals for modifying AIA proceedings to make them more favorable for patent owners rely on myths that are at best supported by outdated or incomplete data. A closer look shows that AIA proceedings are not unfairly prejudicial to patent owners. Pursuing radical changes to these PTAB procedures is not just unnecessary but ultimately counterproductive,” the authors write.

Their analysis refutes three of the most common misconceptions: that the PTAB tends to “kill” patents, that patent owners are too often subjected to serial challenges to the same patent, and that patent owners lack a fair opportunity to amend claims in AIA proceedings. 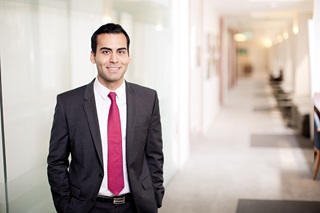