On September 30, 2018, Senate Bill 826 (SB 826), which mandates a minimum number of female directors on the board of directors of each publicly held corporation having its principal executive offices in the State of California, became effective. The bill had been approved previously—by a significant margin—by both the California State Senate and the California Assembly. Waiting until the last day of a California legislative deadline, Governor Jerry Brown made the decision to sign SB 826 into law notwithstanding his recognition of “potential flaws that may indeed prove fatal to its ultimate implementation.”

Requirements of California’s Board Diversity Law

Opponents of SB 826 believe the law violates the equal protection clause of both the US Constitution and the California Constitution by mandating a minimum number of female directors on the boards of directors of California public companies. Because the law would create a quota mandate based on an express gender classification, legislative analysis of the bill itself in fact concluded that the law “could be difficult to defend” on equal protection grounds, especially because it applies to a private corporation rather than a government agency or other body.

Opponents of SB 826 also argue that the bill’s amendment of Section 2115 of the California Corporations Code, which applies the new board diversity law to corporations headquartered in California even if incorporated in another state, violates the internal affairs doctrine and is unconstitutional under the commerce clause of the US Constitution with respect to those corporations. Under the internal affairs doctrine, a corporation’s internal affairs are governed by the corporation’s state of incorporation and not the state where it is headquartered. While the US Supreme Court has not directly addressed the constitutionality of Section 2115 of the California Corporations Code, the Delaware Supreme Court previously ruled in VantagePoint Venture Partners 1996 v. Examen, Inc. (Del. 2005) that Section 2115 violates the US Constitution and that Delaware courts are not required to enforce it.

In full recognition of the potential for challenge, the California legislature nonetheless overwhelmingly voted to approve SB 826, and Governor Brown has now signed it. In a signing message released with his signature to SB 826 (available here), Governor Brown acknowledged that challenges to the bill may impact its ultimate implementation but reasoned that “many are not getting the message” and that “it’s high time corporate boards include the people who constitute more than half the ‘persons’ in America.”

Public companies impacted by California’s new board diversity law that have not already done so should begin search or other efforts to identify qualified female director candidates to add to their boards of directors. Regardless of the ultimate fate of SB 826, private-ordering efforts to increase board diversity will continue. Institutional shareholders, proxy advisors, and other governance activists are continuing their focus on board diversity and will be looking for progress at companies that, in their view, lack sufficient board diversity. Estimates are that there are more than 100 public companies headquartered in California that do not have any female directors and will need to add one by the end of 2019 to comply with the new law. Those numbers increase significantly after considering the public companies headquartered in California that would be required to add one or two additional directors by the end of 2021 under the new law. At the same time, many public companies outside of California will also be actively seeking to add women to their boards. This significant demand and competition for qualified female directors may make it more difficult for some companies to find the right director before one is needed, as it can take time for a board to identify a qualified director who complements the skills and expertise of the company’s other directors.

This memorandum is a summary for general information and discussion only and may be considered an advertisement for certain purposes. It is not a full analysis of the matters presented, may not be relied upon as legal advice, and does not purport to represent the views of our clients or the Firm. Shelly Heyduk, an O'Melveny partner licensed to practice law in California, and Sarah J. Levesque, an O'Melveny counsel licensed to practice law in California, contributed to the content of this newsletter. The views expressed in this newsletter are the views of the authors except as otherwise noted. 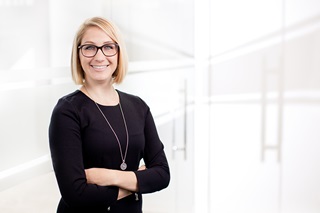