On June 10, 2020, the California State Assembly approved AB 2570, legislation sponsored by California Attorney General Xavier Becerra, seeking substantial expansion of the California False Claims Act (CFCA). Among other things, AB 2570 would give the Attorney General and other local prosecuting authorities the power to pursue tax fraud cases, under an enlarged 10-year statute of limitations subjecting violators to severe punitive penalties, with serious financial and record-keeping implications for businesses operating in California.

Currently, the CFCA does not apply to tax fraud, including claims, records, or statements made under the California Revenue and Taxation Code. Enacted in 1987, the CFCA imposes liability on any person who commits specified acts—such as knowingly presenting a false or fraudulent claim for payment or approval, or knowingly making a false or fraudulent claim, involving public funds. Cal. Gov. Code §§ 12650-56. There are eight specific types of claims enumerated in the CFCA. Any person who commits any of the following acts will be liable under the CFCA: (1) presenting a false claim to the government for payment; (2) making or using a false record; (3) conspiring to commit any violation of the CFCA; (4) delivering of less property than bargained for; (5) making or delivering a false receipt; (6) making a false purchase; (7) making a revise false claim—i.e., using a false claim or record to decrease what is owed to the government; and (8) inadvertently being a beneficiary of a false claim. Id. § 12651(a)(1)-(8). It gives the Attorney General or the prosecuting authority of a political subdivision the power to bring enforcement actions, which can result in treble damages, civil penalties, and a statutory award of attorney’s fees to the Relator/Plaintiff if the CFCA action is initiated as a qui tam complaint. Id. § 12651(a). If the Attorney General or the local prosecuting authority does not act on the qui tam complaint, the CFCA allows the Relator—acting in the name of the State or political subdivision—to proceed with a civil action against a person or business that violates the CFCA. Id. § 12852(c). Enforcement actions brought pursuant to the CFCA have resulted in the recovery of hundreds of millions of dollars based on allegations that companies doing business with the state wrongfully obtained public funds. For example, a recent recovery obtained under the CFCA involved a $241 million settlement with Quest Diagnostics, Inc. (Quest), concerning Medi-Cal billing practices.1

Under AB 2570’s expansion of the CFCA, the Attorney General and other local prosecuting authorities would now have the authority to investigate and enforce cases of tax fraud where specified conditions are met, including:

The bill would require the Attorney General or other local prosecuting authority to consult with the taxing authorities to whom the claim, record, or statement was submitted—such as the California Franchise Tax Board (FTB) and the California Department of Tax and Fee Administration (CDTFA)—prior to filing or intervening in any tax fraud action. Under AB 2570, the Attorney General or other local prosecuting authority, but not the qui tam plaintiff, would be able to obtain confidential records relating to taxes, fees, and other obligations under the Revenue and Taxation Code. Access to federal tax information would require separate authorization from the Internal Revenue Service (IRS).

AB 2570 would also enhance protections for whistleblowers who allege cases of tax fraud by their employers. It would clarify that anti-retaliation protections under the CFCA apply to both current and former employees, contractors, and agents. Additionally, it would shield whistleblowers from civil liability for disclosing internal company documents in breach of contractual obligations of confidentiality to provide evidence of false claims. This would mean that employers could no longer assume that either employment contracts or non-disclosure agreements (NDAs) would serve to prevent disgruntled employees from providing the Attorney General with otherwise confidential internal documents.

The bill is particularly noteworthy for at least two reasons:

First, although the ostensible purpose of AB 2570 is to enable the Attorney General or local prosecuting authorities to focus their efforts on the most serious alleged violators,3 the bill would also extend the statute of limitations from the standard three or four years from the date of filing a return,4 to upwards of 10 years after the violation was committed. See Cal. Gov. Code § 12654. This greatly expanded statute of limitations is the product of the 2012 amendment to the CFCA (AB 2492), aligning the CFCA with the federal False Claims Act, which prohibits any actions brought 10 or more years after the violation. While the threshold requirement of $200,000 in claimed damages should serve to target only significant enforcement actions, it in indisputable that this extension would provide for substantially more enforcement opportunities under the CFCA, with serious implications for document retention policies.

Second, expanding application of the CFCA to cases involving tax fraud would subject violators to severe punitive damages, including treble damages (i.e., three times the amount of the underreported tax, interest and penalties), civil penalties between $5,500 and $11,000 for each violation, plus the costs of the civil action to recover the damages and penalties including attorney’s fees. See Cal. Gov. Code § 12651(a). These potential penalties will place alleged violators in the difficult position of choosing between expensive litigation costs on the one hand and seeking early settlement on the other.

Were the bill to pass, California would join New York and Illinois as the only states that allow tax fraud-related false claims.5 Notably, even the federal False Claims Act specifically exempts tax fraud from the types of fraud that it seeks to address. The other states that have expanded the reach of their FCAs to cover fraud involving tax claims have used those statutes to secure significant settlements. For example, in 2018, the Attorney General of New York obtained a $330 million settlement with Sprint for its alleged failure to pay sales tax.6 Even where state FCA statutes expressly limit the type of tax fraud claims to those involving Medicaid or other state healthcare funds (see Tex. Hum. Res. Code § 36.0001-132), there is no escaping the fact that broadening FCAs to allow for the investigation of tax fraud allows states to recover staggering sums.7 Similarly, a review of recent federal recoveries made under the Internal Revenue Code revealed that during Fiscal Year 20188 and Fiscal Year 2019,9 the IRS awarded more than $430 million to tax fraud whistleblowers, and that whistleblowers enabled the IRS to recover more than $2 billion. These recoveries underscore the tremendous significance of this would-be expansion of the CFCA under AB 2570.

The bill was presented to the Senate Rules Committee on June 11, 2020. If the bill is amended during the Senate committee process and clears the Senate, it will need to be concurred in by the Assembly before being sent to Governor Gavin Newsom. The Governor has not indicated whether he would sign the bill.

5 In recent years, both Michigan and the District of Columbia attempted unsuccessfully to pass similar amendments broadening the scope of their respective FCAs. Both bills would have limited such actions to persons who reported income, receipts or sales in excess of $1 million and where the pleaded damages totaled $350,000 or more. 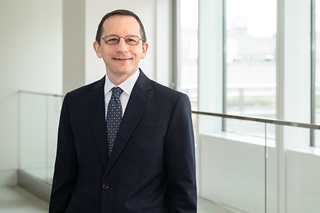