Most California employers should already know that overtime compensation for non-exempt employees is based on the “regular rate” and not the base hourly (or piece) rate. This regular rate must take into account most other forms of compensation, including commissions and non-discretionary bonuses. On July 15, 2021, the California Supreme Court held in Ferra v. Loews Hollywood, LLC, Case No. S259172 (“Ferra”) that the regular rate must also be used when calculating premium pay for non-compliant meal periods and rest breaks under California Labor Code § 226.7(c) and related wage orders. Accordingly, employers with California-based non-exempt employees should ask themselves the following questions:

Plaintiff Ferra was employed by Defendant Loews as a bartender from June 2012 to May 2014. She received both an hourly base wage and certain quarterly non-discretionary incentive payments. Loews had a policy of paying out an hour of premium pay for non-compliant meal periods and rest breaks, but did so at an employee’s hourly base wage—no adjustment was made for non-discretionary incentive payments tied to the time period in which the non-compliant meal or break occurred.

If an employer fails to provide an employee a meal or rest or recovery period in accordance with a state law, including, but not limited to, an applicable statute or applicable regulation, standard, or order of the Industrial Welfare … the employer shall pay the employee one additional hour of pay at the employee's regular rate of compensation for each workday that the meal or rest or recovery period is not provided.

Citing this provision, Plaintiff Ferra filed a putative class action against Loews, claiming that meal and rest premiums should have been paid at the same “regular rate” as is used for overtime calculations, which in this case would have included the non-discretionary incentive payments. In its defense, Loews argued that overtime had to be paid out at the “regular rate of pay” pursuant to Labor Code § 510(a), and that the “regular rate of pay” under that statute was not synonymous with the “regular rate of compensation” under Labor Code § 226.7(c). The trial court agreed with this argument, and granted summary judgment in the employer’s favor. The Court of Appeal affirmed, reasoning that “[w]here different words or phrases are used in the same connection in different parts of a statute, it is presumed the Legislature intended a different meaning.” Ferra v. Loews Hollywood, LLC, 40 Cal.App.5th 1239, 1247 (2019).

The Supreme Court reversed, and declined to read any meaning or significance into the difference in language between Labor Code § 510(a), on the one hand, and Labor Code § 226.7(c) and Wage Order 5, on the other hand. The Court relied upon two baseline principles to reach this decision. First, when “construing a statute or wage order whose language is susceptible of more than one reasonable interpretation,” the Court should favor the interpretation that provides greater protection to employees. (Slip op. at 5.) Second, the traditional canons of statutory construction—like the one the Court of Appeal relied upon in this matter—are only “guidelines” and not “immutable rules,” and here there is another canon that states “where statutes use synonymous words or phrases interchangeably, those words or phrases should be understood to have the same meaning.” (Slip op. at 6 (quoting Ferra, 40 Cal.App.5th at 1256 (conc. & dis. opn. of Edmon, P. J.)) & 16.)

Starting from those two assumptions, the Court engaged in a lengthy survey of judicial opinions, agency guidance, and regulations, which the Court believed used the terms “of pay” and “of compensation” interchangeably. The Court also noted that the term “regular rate” had been a term of art with a fixed meaning for a long time under both federal and state law before Labor Code § 226.7(c) had even been passed. From that perspective, it was the term “regular rate” that had real meaning, and modifiers such as “of pay” or “of compensation” were inconsequential.

Defendant Loews argued that the difference in terms was meaningful, because overtime premiums and meal/break premiums are different forms of compensation aimed at different objectives— specifically, compensating employees for “work performed” vs. premiums designed to “preserve employees’ health and welfare.” (Slip op. at 21.) Again, however, the Court disagreed—citing its prior decision in Murphy v. Kenneth Cole Productions, Inc., 40 Cal.4th 1094 (2007), which rejected the idea of a bright line distinction between wages and payments under Labor Code § 226.7(c). (Slip op. at 22.) To drive this point home, the Court postulated three different employees, all performing the same work, but paid pursuant to three different compensation schemes—the first a pure hourly rate, the second a piece rate plus a separate rate for rest breaks, and the third an hourly rate plus a piece rate. (Slip op. at 23-24.) All three would be paid the same if they worked the same number of hours and produced the same number of pieces. The Court reasoned that the Legislature would have wanted all three to receive the same premium for a missed meal period or rest break, which necessitated using the same “regular rate” the employer would use for overtime purposes. Accordingly, the Court held:

… that the term “regular rate of compensation” in section 226.7(c) has the same meaning as “regular rate of pay” in section 510(a) and encompasses not only hourly wages but all nondiscretionary payments for work performed by the employee. This interpretation of section 226.7(c) comports with the remedial purpose of the Labor Code and wage orders and with our general guidance that the “state’s labor laws are to be liberally construed in favor of worker protection.” (Slip op. at 25.)

Lastly, the Court rejected the employer’s argument that its decision should only apply prospectively. It first noted that, as a general matter, judicial decisions apply retroactively. See, e.g., Vazquez v. Jan-Pro Franchising International, Inc., 10 Cal.5th 944, 951 (2021). The Court went on to reiterate its argument that statutory canons of interpretations are just guidelines, and accordingly the employer should not have overly relied upon the principle that different terms should be afforded different interpretations when used in the same statutory scheme. The Court also rejected the argument that retroactivity would subject employers to millions of dollars of liability, reasoning, in part, that “it is not clear why [the Court] should favor the interest of employers in avoiding “millions” in liability over the interest of employees in obtaining the “millions” owed to them under the law.” (Slip op. at 27.) Lastly, the Court noted that limiting its holding to prospective application would “negate” the full remedy intended by the Legislature for non-compliant meal periods and rest breaks. (Slip op. at 28.)

In sum, Ferra is likely to have a significant impact on any California employer that pays non-exempt employees any form of compensation beyond a base hourly wage or piece rate. Employers should tread carefully when reacting to Ferra, however, as the rules around what compensation needs to be included in the “regular rate”—and how that calculation is performed—are complex and do not always perfectly adhere to the formulae that employers may be used to under the Fair Labor Standards Act. 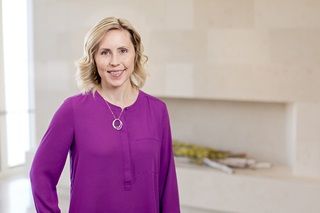