On January 9, 2021, the Ministry of Commerce of the People’s Republic of China (MOFCOM) issued its first order in 2021—the Rules on Counteracting Unjustified Extra-territorial Application of Foreign Legislation and Other Measures (阻断外国法律与措施不当域外适用办法) (the “Rules”), effective immediately upon their promulgation. The Rules are designed to counteract non-Chinese extra-territorial sanctions affecting a Chinese citizen, entity, or organization (each, a “Chinese Person”). The term Chinese Person extends to Chinese subsidiaries of multinational companies and other foreign-invested enterprises established in China. Companies with operations in China will want to observe the impact of these Rules as they navigate potential sanctions and other restrictive measures imposed on their operations from outside China.

The Rules were promulgated in response to recent export controls, sanctions, and other trade restrictions from other countries targeted at Chinese-controlled entities. In particular, although MOFCOM does not name the United States directly, many commentators have suggested that the Rules are clearly aimed at the growing list of American restrictions against Chinese companies, including recent U.S. measures aimed at prohibiting transactions with certain Chinese payment apps, investments in companies deemed to have ties with the PRC military, and Huawei’s access to U.S.-origin technology. (For additional information on these measures please see our earlier client alerts: President Trump Issues Executive Order Prohibiting US Investments in Companies with Ties to the Chinese Military; Trump Administration Continues to Target TikTok and Huawei; United States Expands Export Controls Targeting Huawei’s Access to US Technology).

The Rules provide that a Chinese Person that is restricted by non-Chinese extra-territorial legislation from “engaging in normal economic, trade and related activity with a third country or its citizens, entities or organizations” should report such situation to MOFCOM within 30 days.  A “working mechanism” formed by MOFCOM and other relevant Chinese authorities will then assess the situation for its potential violation of international law and the basic principles of international relations, impact on China’s sovereignty and national security, and impact on Chinese citizens, entities, and organizations. MOFCOM can then issue a prohibition order directing the Chinese Person to ignore and not to comply with extra-territorial foreign legislation, but the Chinese Person can also apply for an exemption from complying with such prohibition order.

One focus of the Rules is the protection of Chinese Persons that have been disadvantaged by non-Chinese extraterritorial measures. The Rules state that a Chinese Person who suffers losses as a result of other parties’ compliance with non-Chinese laws against a prohibition order (where an exemption was not obtained) may sue for compensation in Chinese civil court. In addition, where a Chinese Person has suffered losses from a judgment or ruling made in accordance with non-Chinese laws within the scope of a prohibition order, the Rules provide that such Chinese Person may sue for compensation in Chinese civil courts against the persons benefitting from that judgment or ruling. The Rules also contain general language stating that relevant Chinese government entities may provide “necessary support” to a Chinese Person that has “suffered significant losses” due to the exterritorial sanctions.

Finally, the Rules explicitly signal that the Chinese government might take further “necessary counter-measures” in response to non-Chinese legislation.

As is often the case, the impact of these Rules will become clearer as specific cases are reported. However, the Rules also provide that Chinese Persons can request that their reports are kept confidential, which could limit the number of cases that are publicly reported.

The potential implications of the reporting mechanism are that a Chinese Person could be exposed to both non-Chinese sanctions as well as potential administrative penalties in China for failing to report and failing to comply with Chinese prohibition orders. Absent an exemption, a Chinese Person is likely to be faced with conflicting obligations and corresponding liability in terms of complying with extra-territorial sanctions (such as an export control restriction) and complying with Chinese law. 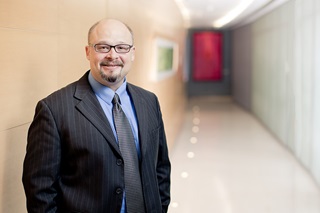 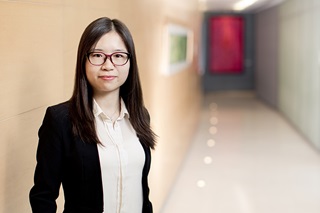