May 30, 2017
Supreme Court Expands Scope of Patent Exhaustion
On May 30, 2017, the Supreme Court issued an opinion in Impression Products, Inc. v. Lexmark International, Inc., changing the commonly understood rule of patent exhaustion upon which industries have relied for the past 20 years.  The Supreme Court rejected Federal Circuit precedents that limited application of the “first sale doctrine.”  Explaining that “a patentee’s decision to sell a product exhausts all of its patent rights in that item, regardless of any restrictions the patentee purports to impose or the location of the sale,” the Supreme Court held that (1) any purported restrictions in a patentee’s contract with buyers, even if enforceable under contract law, do not entitle the patentee to retain “patent rights” in the item it has elected to sell and (2) an authorized sale, even those occurring outside the United States, exhausts US patent rights.
The Supreme Court’s decision will make it harder for vendors to impose viable restrictions on the products they sell because (1) vendors will likely find it difficult to enforce restricted use agreements against their customers and (2) contractual remedies may not be available at all against downstream resellers who are not a party to the restricted use agreement between the vendor and its customers.  Today’s decision may also prompt industries to attempt to reformulate transactions as restricted “licenses,” rather than “sales,” in order to avoid patent exhaustion.
Background
Lexmark, a maker of printer toner cartridges, owns multiple patents that cover components of those cartridges.  When purchasing Lexmark’s cartridges, consumers have two options—they can either pay the full price to obtain cartridges with no restrictions or pay a lower price in exchange for agreeing to use the cartridges only once and to refrain from transferring the used cartridges to anyone but Lexmark.  The latter option—called the “Return Program”—was available both in the United States and abroad.  Impression Products purchased used Lexmark cartridges, including those covered by the Return Program, from Lexmark’s customers, refilled the cartridges, and sold the refilled cartridges in the United States.  Lexmark brought a patent infringement suit against Impression Products, arguing that the Return Program placed valid restrictions on the purchasers’ use of those cartridges.  Because the sale consisted only of the right for a single use, Lexmark argued that it retained patent rights and could sue for infringement when Impression Products refurbished and resold Return Program cartridges.  Lexmark also argued that, as to the cartridges initially sold outside the United States, the US Patent right was not exhausted because those initial sales were not made under US Patent Law.
The Federal Circuit, in an en banc decision, sided with Lexmark.  Applying its earlier ruling in the case of Mallinckrodt, Inc. v. Medipart, Inc., 976 F. 2d 700 (Fed. Cir. 1992), the Federal Circuit held that a patentee may sell an item subject to “clearly communicated, . . . lawful restriction[s] as to post-sale use or resale” and thereby retain the right to enforce the patent against unlicensed use.  816 F. 3d 721, 735 (Fed. Cir. 2016).  The Federal Circuit also held that the initial sale of cartridges abroad did not exhaust Lexmark’s U.S. patent rights in those cartridges, relying on its own precedent, Jazz Photo Corp. v. International Trade Commission, 264 F. 3d 1094 (Fed. Cir. 2001).  The Supreme Court reversed on both issues.
Use Restriction On Patented Items No Longer Shields Sale from Exhaustion
First, the Supreme Court held that Lexmark exhausted its patent rights in the Return Program cartridges that it sold in the United States, even though the single use restriction was enforceable and clearly communicated.  The Supreme Court explained that “[a] patentee is free to set the price and negotiate contracts with purchasers, but may not, by virtue of his patent, control the use or disposition of the product after ownership passes to the purchaser.”  Slip Op. at 9.  The Supreme Court stated, “[o]nce sold, the Return Program cartridges passed outside of the patent monopoly, and whatever rights Lexmark retained are a matter of the contracts with its purchasers, not the patent law.”  Id.  Although “[a] patentee can impose restrictions on licensees because a license does not implicate the same concerns about restraints on alienation as a sale . . . [a] patentee’s authority to limit licensees does not, as the Federal Circuit thought, mean that patentees can use licenses to impose post-sale restrictions on purchasers that are enforceable through the patent laws.”  Slip Op. at 11.
Overseas Initial Sale Exhausts U.S. Patent Rights
The Supreme Court also held that an authorized initial sale outside the United States exhausts U.S. patent rights.  Citing the 2013 Supreme Court decision of Kirtsaeng v. John Wiley & Sons, which involved exhaustion of copyright based on a first sale abroad, the Supreme Court explained that there is no basis to distinguish between domestic and international sales in the context of the first sale doctrine.  Although it may be true that a patentee may not be able to command the same amount for its products abroad as it does in the United States, that fact is immaterial to whether the patent right is exhausted or not, because “the Patent Act does not guarantee a particular price, much less the price from selling to American consumers.”  Slip Op. at 15.
Implications
Although the Supreme Court explained that a patentee may still enforce its rights in contract, for companies like Lexmark, the patentee will find it difficult to enforce its contracts against its customers.  Moreover, contractual remedies may not be available at all against refurbishing companies like Impression, who are not a party to the single use agreement.  Also, while it is now clear that a “first sale” exhausts all patent rights, the Supreme Court distinguished sales from licenses, stating that a use restriction in a “license” is still valid and enforceable under the patent law.  Thus, industries may now attempt to reformulate transactions as restricted “licenses,” rather than “sales,” in order to avoid patent exhaustion. 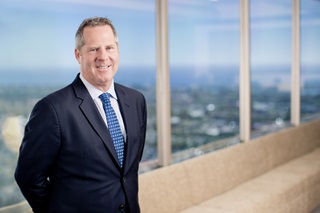