One of the final acts of the current Congress was to rewrite the rules governing SEC disgorgement requests in federal court.  The new enactment confirms the SEC’s authority to seek disgorgement and significantly lengthens the statute of limitations for that and other remedies.  On January 1, 2020, Congress overrode President Trump’s veto and enacted into law H.R. 6395, the National Defense Authorization Act (“NDAA”), which authorizes annual Department of Defense spending.  In this year’s NDAA, Congress included an amendment designed to address the Supreme Court’s recent curtailment of the SEC’s arsenal of remedies in Kokesh v. SEC, 137 S. Ct. 1635 (2017) and Liu v. SEC, 140 S. Ct. 1936 (2020).  Specifically, the NDAA amendment (1) gives the SEC the express authority to seek disgorgement in federal court for securities law violations, and (2) doubles to ten years the period for which the SEC can seek disgorgement for scienter-based violations.

Both Liu and Kokesh significantly limited the SEC’s disgorgement remedy.  For decades, the SEC in federal district court actions had sought and obtained disgorgement of gross profits (or losses avoided), either pursuant to the court’s inherent equity power to fashion an appropriate remedy and/or under a statutory authorization to ask federal courts to order “any equitable relief that may be appropriate or necessary for the benefit of investors.”  Section 21(d)(5) of the Securities Exchange Act of 1934 (“Exchange Act”), 15 U.S.C. § 78u(d)(5).  Historically, the SEC asserted that no statute of limitations applied because disgorgement was equitable and remedial, and not punitive.  In Kokesh, the Court held that the SEC’s approach to disgorgement made it a “penalty,” subject to the general federal five-year statute of limitations under 28 U.S.C. § 2462.  In Liu, although the Supreme Court upheld the SEC’s ability to obtain disgorgement in federal court actions, the Court held that disgorgement limited to net profits; must be “for the benefit of investors”; and, absent concerted wrongdoing by the defendants, cannot be imposed jointly and severally.

Against this backdrop, in the NDAA, Congress added Section 21(d)(7) of the Exchange Act, which expressly authorizes the SEC to seek disgorgement in federal court enforcement actions.  But Congress appears to have codified the Supreme Court’s limitation of joint and several liability, providing for disgorgement “by the person who received such unjust enrichment.”  H.R. 6395 § 6501(a)(1)(B).  Although the Supreme Court recognized a potential exception for concerted wrongdoing, the NDAA does not expressly address those situations.  The NDAA amendment therefore provides defense counsel with an additional arrow in their quiver when facing SEC disgorgement demands for net profits that the client did not receive.

The NDAA expressly provides that these new limitations apply to actions or proceedings that are pending on, or commenced on or after, the date that the NDAA is enacted.  If the SEC were to argue that this provision allows it to seek disgorgement for relevant violations that had been time-barred, defense counsel will likely challenge the SEC’s position as one impermissibly seeking the retroactive imposition of a penalty.  See Landgraf v. USI Film Prod., 511 U.S. 244, 281 (1994) (retroactive imposition of penalties would “raise a serious constitutional question.”).

The new limitations period may lengthen some SEC investigations.  Kokesh had put additional pressure on the Enforcement staff to finish more promptly an investigation or risk losing remedies.  Although the NDAA amendment removes that pressure with respect to some disgorgement and equitable remedies, the SEC’s civil penalty claims continue to be subject to a five-year limitations period. 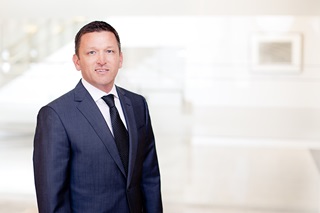 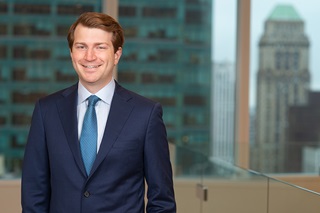