On Friday, August 14, 2020, the U.S. Department of Justice (“DOJ”) issued an advisory opinion[1] on the Foreign Corrupt Practices Act (“FCPA”)—its first advisory opinion in nearly six years.  The Advisory Opinion, which affirms that payments to government-affiliated entities for legitimate services do not implicate the FCPA, was issued to a U.S. investment advisor that first sought the DOJ’s guidance in November 2019.  The Advisory Opinion provides a useful reminder of the availability of this procedure, but also of its limitations.  The paucity of such opinions does not mean that clients and their counsel are unaware of the procedure; rather, it underscores that in many situations it is not a practical solution.  This particular opinion release is noteworthy not only because of its rarity but also because it highlights the importance of compliance measures a company can take to reduce its FCPA risk.

The FCPA’s anti-bribery provisions broadly prohibit providing corrupt payments to foreign government officials for the purpose of obtaining or retaining business.  The FCPA also requires companies whose securities are listed in the United States (“issuers”) to comply with its dual accounting requirements:  keeping accurate books and records, and maintaining an adequate system of internal accounting controls.

Under the DOJ’s advisory-opinion procedures,[2] any domestic concern or issuer can submit a request to DOJ for its opinion on whether a prospective transaction complies with the FCPA’s anti-bribery provisions.  The requestor must provide DOJ with “all relevant and material information” bearing on the proposed transaction.  Within 30 days of receiving the request—and, critically, receiving any additional information that DOJ seeks—DOJ will issue a public, anonymized opinion that states whether the prospective transaction would violate the FCPA.  The opinions are binding only on the requesting party, and bind the DOJ only to the extent that the facts and assumptions presented to the DOJ prove to be accurate.

Second, DOJ said that there were no indications that the payment was intended to corruptly influence a foreign official.  The Acquirer represented that no corrupt offers, promises, or payments of anything of value to any individuals were made in connection with the transaction.

Finally, the Acquirer “sought and received specific, legitimate services” from the investment advisory unit, and the unit’s Chief Compliance Officer certified that the 0.5% advisory fee was commensurate with the services it provided and was commercially reasonable.

The DOJ’s Advisory Opinion does not break new ground, but it illustrates several points DOJ has made in prior advisory opinions and DOJ’s and the Securities and Exchange Commission’s (“SEC”) recently updated Resource Guide to the U.S. Foreign Corrupt Practices Act (the “Resource Guide”).

In particular, the Advisory Opinion highlights the importance of instituting compliance measures when working with intermediaries who deal with foreign government entities.  FCPA enforcement cases often feature payments to agents, advisors, or consultants, especially those with inflated, cash, or ill-defined payment or commission structures.  These structures suggest that a company knew, or should have known, that there was a high probability that the consultant or agent would pass on portions of the commissions to government officials.

In an enforcement action resolved in 2018, for example, Société Générale paid a Libyan broker over US$90 million in commissions to win investments from Libyan state-owned financial institutions over five years.[3]  In fact, the broker was using portions of the commissions to bribe high-level government officials.  Employees at Société Générale knew the broker was passing along payments to Libyan officials and even tried to hide the commission payments from other Libyan officials who were unaware of the bribes.  As a result, Société Générale faced stiff penalties across multiple jurisdictions—ultimately paying US$600 million in penalties, including US$34.5 million to resolve an SEC enforcement action.

Similarly, in 2007, for example, Baker Hughes faced an enforcement action after paying several million dollars to a consultant hired at the suggestion of a Kazakh state-owned oil-and-gas company.  The company paid the consultant a commission from its revenues from the state-owned-company, allegedly knowing that consultant would transfer the payments to undisclosed government officials.  The company also made substantial payments to consultants in Angola, Russia, and Uzbekistan without conducting sufficient due diligence to ensure the money would not be passed on to government officials.  A Baker Hughes subsidiary consequently pleaded guilty to violating the FCPA and paid an US$11 million fine.

In contrast, the DOJ’s Advisory Opinion here highlights that the contemplated fee was “commercially reasonable” and made for “specific, legitimate services” from the investment advisory unit.

Taken together, these decisions underscore the importance of conducting robust due diligence on third party intermediaries dealing with government-affiliated entities and individuals.  As the Resource Guide notes, “Business may reduce the FCPA risks associated with third-party agents by implementing an effective compliance program, which includes due diligence of prospective agents.”[4]

The Advisory Opinion also reiterates that the “FCPA does not prohibit payments to foreign governments or foreign government instrumentalities.” This is a point DOJ has made in several prior advisory opinions.  For example, in 2009, the DOJ advised that a company’s proposed provision of nearly US$2 million in medical devices to a foreign government agency free of charge would not result in an FCPA enforcement action because “the donated products will be provided to the foreign government, as opposed to individual government officials.”[5]  In 2007, a requesting company sought the DOJ’s position on the payment of approximately US$9,000 to an Asian court to cover expenses related to a court-appointed administrator.  The DOJ responded that it did not intend to take any enforcement action because the payment would be made to the court clerk’s office and there was nothing to suggest that the presiding judge or administrator would personally benefit from the funds once they were paid into the government’s account.  And in 1983, the DOJ similarly said that a California company’s proposed business payments to a Sudanese government-affiliated entity would not trigger an enforcement where the payments would be “made directly to the Sudanese corporation, and not to any individual.”[6]  The Resource Guide mirrors these advisory opinions, emphasizing that “The FCPA prohibits payments to foreign officials, not to foreign governments.”[7]

The Advisory Opinion is noteworthy because it is the first that DOJ issued since November 2014, and only the tenth since 2010.  By contrast, DOJ’s Foreign Agents Registration Act Unit has issued nearly two dozen advisory opinions over the same time frame—though the DOJ’s FCPA unit helpfully releases additional guidance, including the Resource Guide.  This infrequency suggests that the advisory mechanism simply is not practical for companies that face fast-moving situations, particularly in the mergers and acquisitions context.  Although the DOJ aims to release opinions within 30 days of the initial request, as this case illustrates the timeline can be significantly longer if DOJ seeks additional information.  The Acquirer sought guidance in November 2019, but had to provide additional information on four additional occasions through July 2020.  The potential for such a delay could make the advisory opinion procedure useless for many contemplated transactions.

The advisory opinion process can, under the right circumstances, be a useful avenue for companies that have anti-bribery concerns in connection with a specific contemplated transaction; have the time to provide DOJ with sufficient information to address its follow-up requests; have great confidence in the accuracy of the information they are providing to DOJ; and seek a near-zero-risk in proceeding with the transaction.  Otherwise, the best practice is to obtain the advice and opinions of counsel equipped to evaluate carefully the risks a transaction may pose, and to implement any compliance strategies that may further reduce the risks. 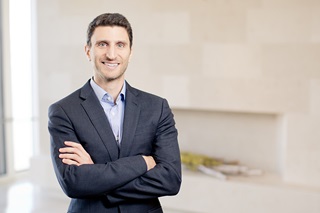