Shortly after the U.S. Department of Justice (“DOJ”) brought its first insider trading case involving non-fungible tokens (“NFTs”), DOJ and the U.S. Securities and Exchange Commission (“SEC”) broke more new ground by announcing last month the first ever insider trading charges involving fungible digital assets. The DOJ and the SEC alleged that Ishan Wahi, a former product manager at the digital-assets trading platform Coinbase, and two other defendants made approximately $1.5 million by working together to purchase digital assets ahead of public announcements that those assets would be listed on Coinbase. In the DOJ case, the defendants were charged with wire fraud and conspiracy to commit wire fraud. The SEC alleged that the defendants engaged in securities fraud. The differing charges may reflect a DOJ decision to avoid the morass of whether the digital assets involved were securities. These cases promise to focus the debate over the status of digital assets and could help shape industry and regulatory practices for years to come. For that reason, they warrant close attention.

Are the digital assets in the SEC’s complaint securities?

As is true with respect to digital-asset cases, generally, the SEC cannot prevail on its claims against Wahi and the other defendants unless it proves that they traded digital assets that were, in fact, securities. In its complaint, the SEC alleges that “at least nine” of the relevant digital assets were securities because they meet the definition of an “investment contract” under SEC v. Howey1.  In Howey, the Supreme Court held that an “investment contract” involves (i) an investment of money; (ii) in a common enterprise; (iii) with a reasonable expectation of profits and (iv) derived from the efforts of others. The SEC’s complaint includes allegations concerning each of those nine digital assets to support the SEC argument that those assets were securities. This position is novel and controverted: The project teams that created and developed those digital assets — and several digital-assets exchanges — have taken the position that those assets are not securities. Under these unusual circumstances, the question of whether a particular digital asset is a security may be decided in a litigation where the creator of the asset is not a party.

Will the issue be resolved in an unrelated SEC case?

Meanwhile, the SEC’s complaint in the Wahi case may collide with a potentially major decision in the hotly contested litigation between the SEC and Ripple Labs, Inc. There, the SEC alleged that Ripple’s XRP — at one time, the digital asset with the third-largest market capitalization — was a security. The court has scheduled briefing on summary judgment motions, and a decision is expected next year. Among the issues to be decided is Ripple’s affirmative defense that the SEC failed to provide “fair notice that its conduct was in violation of law, in contravention of Ripple’s due process rights.” Wahi and the other defendants might assert a similar defense.

The DOJ — apparently to side-step the thorny issue of whether the digital assets that Wahi and the other defendants allegedly purchased were securities — charged the defendants with wire fraud, and not the securities fraud. But that strategy may backfire: the wire-fraud theory is hardly ironclad. In June 2022, the DOJ took a similar approach in charging Nathaniel Chastain, a former product manager at OpenSea, a trading platform for non-fungible tokens (“NFTs”). According to the indictment, Chastain allegedly traded ahead of announcements that certain NFT collections would be featured on OpenSea’s homepage. The defendants are pushing back on the claim that this constitutes wire fraud.

Recent court decisions have restricted the scope of wire-fraud prosecutions, and these restrictions call into question whether the confidential information at issue in the criminal cases against Chastain and Wahi are property interests that may serve as the basis of wire fraud charges. In May 2020, the Supreme Court in Kelly v. United States2,  reaffirmed the principle that a criminal wire fraud requires proof that the object of the fraud is money or property. In Kelly, the wire fraud charges stemmed from an alleged scheme to shut down toll lanes on the George Washington Bridge. In overturning the convictions, the court found that the object of the scheme was to obtain regulatory control over the toll lanes, which is not a property interest, and the incidental effect on labor costs was an incidental effect of the scheme, not its object.

Kelly already has had major implications for wire-fraud prosecutions. Most prominently, in United States v. Blaszczak3,  the Second Circuit is considering the applicability of Kelly to a wire fraud conviction based on obtaining nonpublic information about a government agency decision that would likely affect a specific company’s stock price. In an April 2021 brief, the government conceded that the wire-fraud convictions should be reversed post-Kelly because “in a case involving confidential government information, that information typically must have economic value in the hands of the relevant government entity to constitute ‘property’ for purposes of 18 U.S.C. §§ 1343 and 1348.” The government argued that the defendants’ securities fraud and conspiracy convictions should be upheld. The parties are awaiting a decision from the Second Circuit on those convictions.

Chastain recently relied on Kelly in seeking the dismissal of the wire fraud charge against him. In an August 23, 2022 motion to dismiss brief, Chastain argues that the confidential information of whether a certain NFT collection would be featured on OpenSea’s homepage is not “property” under the wire fraud statute and thus his alleged misappropriation of it cannot be a basis for liability. Chastain recently received high-profile support from an amicus brief filed by the New York Council of Defense Lawyers. The Council vigorously argues that under Kelly, the information about upcoming featured collections of NFTs did not have economic value to OpenSea and therefore did not qualify as “property” under the wire-fraud statute. If accepted, that argument could be an ironic twist for the government’s strategy to pivot away from securities law in order to avoid legal pitfalls.

This ferment over the status of digital assets is just the tip of the iceberg: The structure and nature of the law governing them is evolving and in flux. All players should follow these civil and criminal cases closely because they hold the promise of clarifying the regulatory frameworks that will apply. A decision in SEC v. Ripple Labs that XRP was not a security or that the SEC did not provide fair notice would be a setback for the SEC’s current approach to digital-asset enforcement generally, and in Wahi in particular. And the forthcoming Second Circuit decision in Blaszczak may affect many future enforcement actions while the dust settles over how and when such assets qualify for protection under a host of statutes. 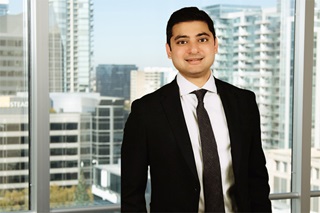 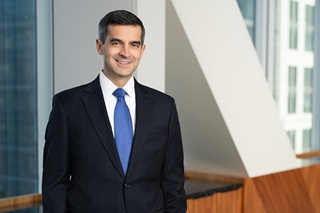 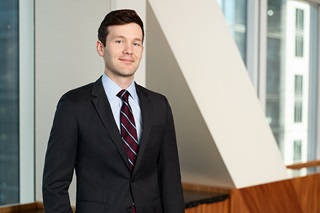