On December 6, 2021, the Department of Justice (“DOJ”), the United States Patent and Trademark Office (“USPTO”), and the National Institute of Standards and Technology (“NIST,” and collectively, “the agencies”) invited the public to comment on a draft policy statement concerning licensing negotiations and remedies for infringement of standard-essential patents (“SEPs”). The draft policy statement marks the latest chapter in the agencies’ developing policy on SEPs and represents a partial return to previous January 2013 policy positions of the DOJ and USPTO under the Obama administration—before a December 2019 Policy Statement by the agencies during the Trump administration.

The agencies explained that the draft policy statement seeks to promote good-faith licensing negotiations and address the scope of available remedies. Assistant Attorney General for Antitrust Jonathan Kanter explained that the DOJ is committed to a principled, transparent, and balanced approach at the intersection of IP and antitrust.

These and additional topics are discussed in more detail below.

A few principles stand out in the draft policy statement. First, the agencies take the position that exclusionary remedies should be the exception and not the rule when infringement of SEPs is at issue. Pointing to eBay Inc. v. MercExchange, L.L.C., 547 U.S. 388 (2016), in which the Supreme Court specified the circumstances in which equitable remedies should be available in patent cases, the agencies note that SEP holders will rarely satisfy the irreparable harm, balance of harms, and public interest prongs of the eBay analysis. The agencies posit that as a general matter, those factors will “militate against an injunction” in a case involving SEPs. Consistent with that approach, the agencies reject the notion that “a unique set of legal rules for SEPs subject to F/RAND commitments” (as opposed to eBay) govern such disputes.

Second, the agencies address the circumstances in which exclusionary remedies may be appropriate in cases involving SEPs. The agencies suggest that an injunction may be warranted in certain circumstances when an implementer is unable to enter into a FRAND license. Likewise, the agencies indicate that injunctive relief may be permissible when a court concludes that an implementer is unwilling to take a license, as evidenced by its refusal to pay an independently determined FRAND royalty. On the latter point, the agencies explain that an implementer should not be deemed an unwilling licensee to the extent it agrees to be bound by an adjudicated rate; reserves the right to challenge the validity, enforceability, or essentiality of the SEPs at issue; or reserves the right to challenge the validity or essentiality of the SEPs after agreeing to a license. Those caveats notwithstanding, the agencies indicate that an SEP holder may be entitled to enhanced damages for willful infringement to the extent a putative licensee acts in bad faith during the course of negotiations.

Third, the agencies outline a potential framework for SEP holders and implementers to follow in licensing negotiations. An SEP holder should alert a potential licensee of the specific SEPs it believes are infringed, explain how they are infringed, and make a good-faith FRAND offer. Then, if the potential licensee is willing to take a FRAND license, it should assess the information and respond within a commercially reasonable amount of time. That response can raise concerns, request more specific information, or propose a neutral party resolve contested issues, among other things. After the willing licensee’s response, the SEP holder should then respond within a commercially reasonable amount of time addressing any counter-offer, concerns, or requests for information. If the parties cannot resolve their differences, the agencies urge parties to seek resolution of FRAND-related disputes in a mutually agreeable forum, rather than unilaterally seeking a resolution in a preferred forum.

Finally, the agencies make clear that a FRAND royalty “should reflect the value of the approximate value of th[e] technological contribution” of the patents to the standard, “not the value of [their] widespread adoption due to standardization.” The agencies emphasize that SEP holders should not leverage the threat of exclusion to capture royalties that exceed the ex ante value of the patents. Permitting SEP holders to obtain “higher compensation for SEPs than they would have been able to negotiate prior to standardization,” the agencies underscore, could “deter investment in and delay introduction of standardized products, raise prices, and ultimately harm consumers and small business.”

The draft policy statement also is notable for what is not included. The agencies, for example, take no position on the appropriate royalty base for a FRAND license, and decline to specify whether the smallest salable patent-practicing unit (“SSPPU”), the finished product, or some other measure is preferable in SEP licensing negotiations. Likewise, the agencies offer no position on whether FRAND principles allow an SEP holder to selectively refuse licenses to implementers who manufacture components as opposed to finished products. Nor do the agencies provide any guidance on the application of antitrust law to SEP holders’ or implementers’ conduct during FRAND licensing negotiations. The draft policy statement does not comment on those questions and other hotly debated issues in FRAND licensing.

The agencies invite interested parties to submit public comments on the draft policy statement by January 5, 2022, and intend to finalize the statement after considering input from various stakeholders.

O’Melveny has long been at the forefront of disputes involving assertions and licensing of SEPs, the competitive implications of those disputes, and the ins and outs of negotiating FRAND licensing terms. Companies interested in submitting comments or with questions about the potential legal implications of SEP assertions, licensing activity, FRAND obligations, and / or the agencies’ draft policy statement should contact any of the undersigned attorneys.

O’Melveny recognizes law clerk Kayla Evans for her valuable contribution in researching and drafting this article. 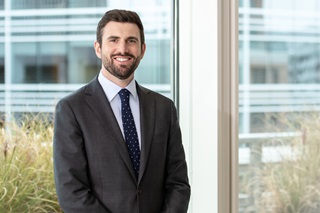 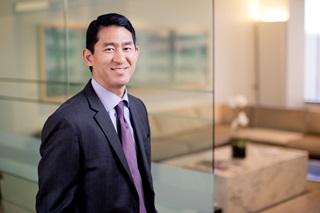 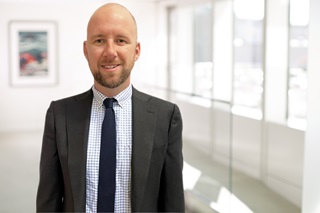 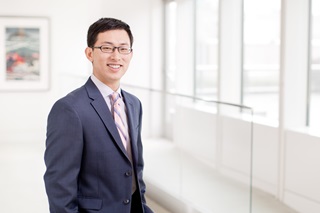