Project finance is, as the name suggests, all about attracting capital to build projects, whether via lenders (debt) or investors (equity). Generally, lenders and certain equity investors will forgo recourse to a project’s developer (a critical underpinning of project finance) only if they are assured that the project’s expected cash flows can be used to repay loans or achieve adequate equity returns. In the case of large wind-power projects, future cash flows are secured in an “offtake agreement”—an agreement between the project company and the party buying the energy and related products that the project will produce and deliver over time. The nature of the buyer depends on several factors—location, market conditions, and the risk appetite of the parties, to name a few.

In the past, the primary form of offtake agreement was a traditional power purchase agreement, or “PPA,” with the local utility. Today, the wind power industry has matured, and developers have several different options when it comes to negotiating and entering into offtake agreements. Below are descriptions of several types of offtake agreements, together with a brief examination of the pros and cons of each.

Under a traditional PPA, a utility agrees—before a project is constructed—to purchase physical power from the project for a fixed period beginning upon completion of the project. The project company typically delivers energy to the utility at the point where the project is interconnected to the electric grid; if necessary, one of the parties may be required to arrange for transmission service between the project and the utility’s service territory. The utility then pays for the actual quantity of power generated at the price stated in the PPA and uses the power to serve its retail customers. The utility may also receive the renewable energy credits (REC) or other environmental attributes associated with the energy it purchases; these attributes can be used to satisfy any requirements under state law for the utility to include renewable energy in its generation mix.

Traditional PPAs, which typically have a term of 20 to 25 years, suffer from the risks that plague all long-term contracts: creditworthiness of the parties over the life of the contract, fluctuating market prices, and concerns about project performance. These risks can be managed in various ways, such as credit support requirements (which, for the utility, may be triggered only in the event of a credit downgrade) or performance guarantees backed by liquidated damage provisions. The parties may also negotiate how much of the project’s power the utility is required to buy—some contracts may require the utility to purchase all power produced by the project, no matter how little or how much; others may require the utility to purchase only a limited amount, with the balance to be sold on a merchant basis.

A variation on the traditional PPA replaces the local utility with a corporate purchaser, which generally does not make wholesale sales. Unlike traditional PPAs, no physical power from the project is actually sold to the corporate offtaker. For this reason, corporate PPAs are sometimes referred to as “synthetic” or “virtual” PPAs. Sustainability concerns and hedging energy costs are the primary drivers of corporate PPAs. Several corporations—including Microsoft, Google, Amazon, and Nike, to name a few—have committed to powering their operations with renewable energy as part of corporate “green” initiatives.

In the wind-energy market, power marketers affiliated with banks have emerged as an alternative to the traditional utility offtaker. These are commonly seen in markets in which project sponsors are not able to line up traditional or corporate PPAs with creditworthy counterparties.

A power marketer (or “hedge provider”)—typically a creditworthy financial institution or its affiliate—will enter into a fixed-volume price swap, also known as an energy hedge, and purchase a fixed volume of power from a renewable energy project for a fixed price. Unlike traditional PPAs but similar to the corporate or “synthetic” PPA, the renewable energy actually generated by the project is not sold to the hedge provider. Instead, the project developer purchases a fixed volume of power at a trading hub agreed to by the parties at the then-current hub price. The developer then immediately resells the same volume of power to the hedge provider for a price per megawatt hour that has been pre-negotiated in the hedge documentation. The power actually generated by the project is sold on a merchant basis at the grid node closest to the project. Thus, an energy hedge results in two distinct transactions—a purchase and sale at the agreed trading hub between the project owner and the hedge provider and a sale at the node closest to the project between the project owner and the merchant market.

In the absence of a tracking account, projects can implement working capital facilities or reserves to provide similar protections. Hedge providers will also typically require liens on project assets and equity as credit support, along with covenants to limit competing creditors and to protect the collateral.

Energy hedge agreements may, but do not necessarily, include sale by the project company of environmental attributes (including RECs) to the hedge provider.

Proxy revenue swaps are similar to energy hedge agreements in several ways, but instead of a bank-affiliated power marketer, the swap provider is a weather-risk investor, such as an insurance company, and instead of a fixed unit price per megawatt hour generated or sold, the swap provider under a proxy revenue swap pays the project a pre-agreed fixed price for a “settlement period” (typically a quarter). In return, the project pays the swap provider a “proxy revenue” equal to the market price at the applicable trading hub multiplied by the project’s “proxy generation” equal to the amount of power the project would have produced based on measured weather factors (such as wind speed) and project capabilities—subject to pre-agreed assumptions about the project’s operational efficiency—for the settlement period. The project sells its actual output to the merchant market at the project node.

Similar to a hedge, the risk of the project company being required to make payments to the swap provider can be managed with a tracking account, working capital facilities, or reserves in conjunction with a secured interest in the project assets and equity as credit support for the swap provider.

As is the case for energy hedge agreements, proxy revenue swaps may, but do not necessarily, include sale by the project company of environmental attributes (including RECs) to the swap provider.

Offtake agreements play a critically important role in the renewable energy industry. Without them, it would be difficult to attract capital to invest in large renewable energy projects that are not owned by integrated utility companies. This subject is dynamic as project sponsors, utilities, large electric consumers, and financial institutions seek innovative ways to manage risks and meet their corporate goals.

This memorandum is a summary for general information and discussion only and may be considered an advertisement for certain purposes. It is not a full analysis of the matters presented, may not be relied upon as legal advice, and does not purport to represent the views of our clients or the Firm. Hugh E. Hilliard, an O’Melveny senior counsel licensed to practice law in the District of Columbia and Maryland, and Caroline Garner, an O’Melveny counsel licensed to practice law in California and New York, contributed to the content of this newsletter. The views expressed in this newsletter are the views of the authors except as otherwise noted. 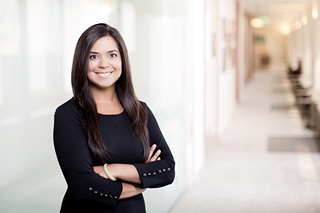