Global companies with operations in Japan, or those planning to establish or acquire such operations, need to understand recent trends in the Japanese labor market if they hope to successfully manage their Japanese workforce. In order to understand these trends some background is helpful, stretching back to events during the 1930s.

Japan has gender equality laws in various areas, including wages.  However, the average wage for female workers was only 74% that of male workers in 2019.  Japan ranks 121st in the world in a broad index of gender-based disparities, according to the World Economic Forum’s Global Gender Gap Report 2020.

Japan has another equal-pay-for-equal-work law, not directly related to gender. The Labor Contracts Act of Japan prohibits unreasonable discrimination in labor conditions between “regular employees” with indefinite contract terms and other employees with term contracts or part-time (“non-regular employees”).

The judicial branch has not been definitive in addressing the gap.  For example, in October 2020, the Supreme Court ruled that failure to pay any bonus or retirement allowance to non-regular employees (where the company does pay both to regular employees) may not be unreasonable.  Several days later, however, the same Court held that failure to pay family allowance and other peripheral benefits to non-regular employees constitutes unreasonable discrimination.  The definition of what is unreasonable discrimination, and what is not, remains unclear.

Indeed, as Japan’s bubble economy burst in 1991, companies sharply reduced new hires.  As companies could not terminate existing regular employees, they had no choice but to close the doors for newcomers.  This bottleneck lasted throughout Japan’s “lost decade” of the 1990s.  As a result, many people born in the 1970s permanently lost opportunities to become regular employees.  A large number of them are still low income non-regular employees even after a quarter century has passed.  They are called the “lost generation.”  It is a serious public welfare concern, because the lost generation will age without sufficient personal assets, and the government will need to support numerous seniors with no means.  This crisis will start about 20 years from now.

Seen from this perspective, the regular employee system seems unfair and inefficient.  Yet it remains deeply rooted.  It is helpful to understand why the system started, why it remains, and whether we can expect change.

The Wartime Legacy on Employment Laws

By the mid-1930s, Japan was entrenched in a years-long war with China and was bracing for a larger war.  Japan needed to concentrate resources to fight those wars.  Competition was considered harmful, and competitors were forced to merge into one company per industry.  Among other wartime laws, the National Mobilization Law of 1938 banned companies from terminating employees and prohibited workers from changing jobs.  The government at the time wanted the economy to function with a single strong company in each industry and with experienced, never-changing workers who would work hard for that company.

After Japan was defeated in the war, the wartime labor laws remained in place as the economy grew rapidly over four decades until the 1980s.  In the boom years, companies appreciated the lack of mobility of their workforce and the ability to secure experienced workers forever.  A company guaranteed “lifetime employment” for regular employees, who in return promised to devote themselves to the company’s needs.  In other words, companies only very rarely terminate regular employees and, as long as their employment is secured, regular employees are generally willing to accept the dictates of the employer and make significant sacrifices, whatever the job description may be.

For their part, court decisions on terminating employment has contributed to immobility of the workforce.  As background, under the Civil Code enacted in the late 19th century, either an employer or an employee could terminate employment with 14 days’ notice.  In 1947, the Labor Standard Law extended the notice period to 30 days where the employer wants to terminate.  However, over the decades, courts routinely ruled that termination by an employer was an abuse of the employer’s rights and was null and void due to various particular circumstances.  Protecting the lifetime employment concept, courts made it difficult to terminate employees.  Adopting this judicially created theory, Article 16 of the Labor Contracts Act of 2007 provides that termination of employment is invalid unless there are objectively reasonable grounds, and it is considered appropriate in general societal terms.  Continuity of employment is considered appropriate in this society, and termination is practically next to impossible.  Courts have assured, as the flip side, that employers are free to transfer employees to any position and to second employees to any third party.

The old wartime system of permanent regular employees has rusted over years, and problems have surfaced such as the wage gap, an increase of a lower income population, and the potentially bleak future of the lost generation.  Ironically, this system codified into statute 70 years after the wartime era it was created in and despite the visible cracks in the system.  However, the regular employee system in Japan will likely continue for the foreseeable future.

Guidance for Hiring in a Regular Employee System

Some tips for business operations in Japan:

Hiring - Be choosy.  You are free to reject any application without disclosing the reason.  You do not need to prove that your rejection was non-discriminatory.

Equal Work Equal Pay - As the new law matures, the definition of “equal work” may change and get tighter.  Be mindful to distinguish job descriptions for regular employees and those for non-regular employees.

Termination of Low Performing Regular Employees - Low performance is generally not considered a valid reason to terminate, because you are free to transfer or second employees to positions that better match their capabilities.  Counseling out is practically the only solution. 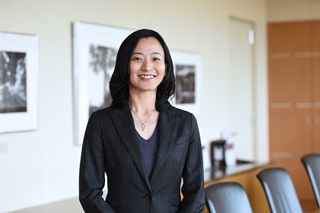