On January 23, 2020, the U.S. Environmental Protection Agency (EPA) and the Department of the Army finalized the new Navigable Waters Protection Rule narrowing the scope of waters subject to federal regulation under the Clean Water Act (CWA). The new rule replaces the 2015 Clean Water Rule’s definition of “Waters of the United States” (WOTUS), which was repealed by the Trump administration last fall. Among other changes, the new rule restricts federal regulation to four major categories of waters and limits protections for ephemeral waterways and wetlands included in the 2015 Rule.

The federal government’s authority to issue pollutant discharge permits under the CWA extends to all “Waters of the United States,” a term left undefined in the statute. The Obama administration’s 2015 Rule attempted to clarify the definition of WOTUS after two Supreme Court decisions (SWANCC v. Army Corps of Engineers and Rapanos v. United States) created uncertainty around federal CWA jurisdiction over wetlands and ephemeral waters. The 2015 Rule’s broad WOTUS definition greatly expanded the scope of CWA coverage and was challenged by industry groups and many states as an unconstitutional overreach of executive power.

On February 28, 2017, President Trump issued Executive Order 13778, “Restoring the Rule of Law, Federalism, and Economic Growth by Reviewing the ‘Waters of the United States’ Rule,” calling on the EPA to review the Clean Water Rule in accordance with the President’s agenda of “promoting economic growth” and “minimizing regulatory uncertainty.” The Trump administration formally repealed the 2015 Rule in September 2019, temporarily replacing it with the rule in effect prior to 2015. The new Navigable Waters Protection Rule formally replaces the 2015 Rule with a narrower definition of

Implications of the New WOTUS Rule

Narrower Categories. The new rule identifies four categories of waters that are “Waters of the United States”: territorial seas and traditional navigable waters; perennial and intermittent tributaries to those waters; certain lakes, ponds, and impounds of jurisdictional waters; and wetlands adjacent to jurisdictional waters. The rule also narrows the definitions of key terms such as “tributary” and “adjacent” to further limit the scope of federal jurisdiction.

Defined Exclusions. The new rule excludes from WOTUS all waters not within the four categories described above. It also provides express exclusions for 11 specific types of waters, including ephemeral waters, stormwater runoff and control features, groundwater, certain artificial lakes and ponds, and most water-filled depressions created by mining or construction activities.

Elimination of “Significant Nexus” Test. The “significant nexus” test, which arose from the SWANCC and Rapanos cases and was later codified in the 2015 Rule, called for a case-specific analysis to determine if waters otherwise outside of federal jurisdiction significantly affected the chemical, physical, or biological integrity of waters within federal jurisdiction. Waters that meet the test were considered WOTUS. The new rule, citing uncertainty and extensive litigation around the “significant nexus” test, eliminates the old case-specific analysis and replaces it with defined sets of included and excluded waters. In the wetlands context, the new rule generally requires a surface water connection between the wetlands and jurisdictional waters before the wetlands would be considered WOTUS.

Legal Challenges. The Obama administration’s 2015 Rule triggered a host of legal challenges and was still subject to preliminary injunctions in 12 states when repealed last fall. The Trump administration claims its new rule will resolve these legal uncertainties and improve regulatory predictability, but protracted legal battles are expected, this time led by environmental groups and states seeking broader CWA protections. Already, challenges to the Trump administration’s 2019 repeal of the 2015 Rule are pending in six federal district courts.

The new Navigable Waters Protection Rule significantly limits the scope of federal jurisdiction under the CWA, particularly for wetlands and tributaries, by narrowing and simplifying the definition of “Waters of the United States.” On its face, the new rule could improve the predictability of federal permitting requirements and ease the regulatory process for many agricultural, real estate development, and construction projects. However, stakeholders should keep in mind that legal uncertainties as to the applicability of the new rule are likely as the inevitable challenges to the new rule make their way through the courts.

Additionally, many states have responded to President Trump’s promise to restrict federal CWA jurisdiction by expanding the scope of state regulated water. For example, last April, state regulators in California approved a broader definition of “wetlands” to enable state oversight of wetlands excluded from the new federal rule. 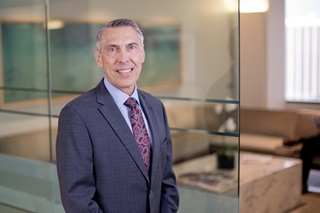