On June 29, 2018, the Public Utility Commission of Texas (the “PUCT”) issued an order approving an application under Section 39.158 of the Public Utility Regulatory Act (PURA) in which the PUCT applied a new method for calculating the installed electric generation capacity of the applicant and its affiliates in the Electric Reliability Council of Texas (ERCOT) power region.1 The new method precludes a power generation company from applying capacity factors to reduce the capacity of renewable energy projects that will be owned by the company and its affiliates after a proposed merger or equity investment for purposes of approval of merger applications under PURA Sections 39.154 and 39.158. The PUCT appears poised to apply this new method broadly, which could have far-reaching effects on a variety of transactions involving electric generation projects within ERCOT.

In calculating an entity’s electric generation capacity for purposes of PURA Sections 39.154 and 39.158, parties have previously relied upon the method used by the PUCT in determining ERCOT’s total generation capacity.3 This method, as updated in May 2018, applied the following capacity factors for renewable energy generation:

The result of this method was that power generation companies and their proposed affiliates with substantial amounts of electric generating capacity from renewable resources—particularly non-coastal wind resources, for which a 14% capacity factor was applied—were less likely to exceed the 20% ceiling on ownership of power generation capacity in a power region.

In the Cactus Flats proceeding, PUCT Chairman DeAnn Walker issued a memorandum stating that these renewable energy capacity factors applied by the applicant in that proceeding “are not in compliance with Commission rules” and recommended that the PUCT instead base its calculation of installed generation capacity on the nameplate capacity of the renewable energy projects.4 Chairman Walker reached this conclusion by reference to the PUCT’s regulations (16 TAC § 25.91(f)), which require the use of a generating unit’s summer net dependable capacity except (i) non-dispatchable renewable resources, which must report their actual capacity during the prior peak season and provide data supporting the determination of actual capacity, and (ii) units that will be attached to the grid and operating within 12 months, which must report their nameplate capacity.5 Chairman Walker suggested that, with respect to the exception for non‑dispatchable renewable resources, in the absence of data filed by an applicant to support actual capacity, the nameplate capacity of such units should be used. The full Commission then approved the application in Cactus Flats, applying the method proposed by Chairman Walker.

In practice, this change in method had no effect in Cactus Flats, because, even as increased by the new method, the applicant’s and its affiliates’ aggregate capacity fell far short of 20% of ERCOT’s total capacity. However, the Chairman’s Memo suggested that the PUCT use this method on all future applications and open a rulemaking proceeding to revise the applicable rules to clarify the method for calculating electric generation capacity in merger applications. This new method will affect many transactions involving projects within ERCOT, particularly those involving non-coastal wind projects, for which the reportable capacities will increase more than sevenfold.

Although the initial effect of this new policy will be to make it more difficult for parties considering transactions involving projects within ERCOT to meet the standard for approval, the potential for a new rulemaking proceeding also provides an opportunity to comment and suggest additional changes to the rule that could offset the burden on parties to certain investment transactions in Texas. For example, parties could suggest that the PUCT formally incorporate into its rules the use of the same capacity factors for renewable energy generation that applicants previously applied in their merger applications. Also, the PUCT has never formally ruled on whether approval is needed for a tax equity investment in renewable energy projects where the investor has limited voting rights; arguably such investments do not create any new “affiliation” between the owner of the electric generation capacity involved in the transaction and other owners of electric generation capacity in which the investor has equity interests. Because of positions taken by PUCT staff, parties to such investments routinely seek PUCT approval out of an abundance of caution. If—in connection with the new rulemaking or otherwise—the PUCT were to adopt the position that no such affiliation is created, it could eliminate the burden of seeking PUCT approval for many transactions involving renewable energy projects.

Note: This Client Alert has been revised since it was initially published on July 13, 2018, to clarify that the recent change in PUCT policy regarding electric generation capacity is not likely to affect the calculation of whether the transaction would result in the parties to the transaction and their affiliates offering electricity for sale in such region in excess of 1% of the total electricity for sale in such region and therefore is unlikely to affect the determination of whether the parties must seek PUCT approval under PURA 39.158.

2 PURA Section 39.158 refers to the “proposed closing,” which practitioners have interpreted to mean the date when the “affiliation” is expected to be created. This would be the proposed date of financial closing of the transaction, which is often later than the date when the operative agreement is signed committing the parties to the transaction. In the context of tax equity investments in renewable energy projects, this date would be when the tax equity investors expect to first acquire equity interests in the project. 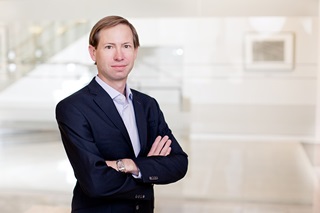 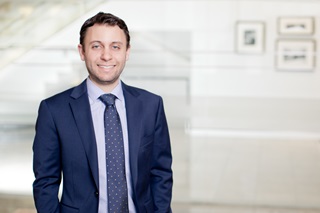