Pursuant to Section 5 of the Securities Act, every offer or sale of securities must either be registered with the Commission or effected pursuant to a valid exemption from registration. As noted by the Commission in the press release announcing the proposed rulemaking, a majority of entrepreneurs and emerging businesses rely on private offering exemptions to raise capital via securities offerings, despite the registration requirement. The press release makes clear that the proposals are intended to be “the most recent step in the Commission’s ongoing efforts to assess the capital raising framework as a whole and improve it for the benefit of investors, entrepreneurs, and more seasoned issuers.”

The proposals follow and are consistent with other recent actions by the Commission to facilitate capital formation, including the recent expansion of “test-the-waters” communications and extensions of accommodations available to emerging growth companies under the JOBS Act of 2012 by the staff of the SEC’s Division of Corporation Finance, as explained in our prior client alerts, available here and here.

The proposed release is available here; the Commission has requested comments on the proposal, due 60 days after publication in the Federal Register.

The proposed release is voluminous and impacts numerous existing private offering exemptions. The four main themes of the proposals are as follows:

Pursuant to Section 5 of the Securities Act, all offers or sales of securities must either be registered with the Commission or accomplished pursuant to a valid exemption from registration. The significant differences between and requirements applicable to transactions accomplished pursuant to an effective registration statement and/or one or more exemptions have historically complicated the ability of issuers of securities to engage in contemporaneous or close-in-time offerings structured to comply independently with the registration requirement or potential exemptions, because actions taken in respect of one offering were at risk of causing non-compliance with requirements applicable to another offering. The Commission historically addressed the integration of securities offerings in a mixture of rules and evolving guidance, but there has remained at least some uncertainty with respect to determinations of whether multiple securities transactions should be considered part of the same integrated offering.

The proposals attempt to address integration uncertainty in the context of private offering exemptions by codifying under proposed Rule 152 a single unified principle of integration, focusing on whether the issuer can establish (based on all relevant facts and circumstances) that each offering in fact either complied with the registration requirements of the Securities Act or that an exemption from registration was available for the particular offering.

The guiding principle alone may seem familiar to experienced practitioners and, given the continuing focus on relevant facts and circumstances, may not significantly clarify whether given actions by an issuer would cause potentially independent offerings to be integrated. In the proposal, the Commission attempts to address some of the uncertainty of the fact-based principle by also proposing four new non-exclusive safe harbors that will allow issuers to be certain that independent offerings will not be deemed a single transaction. The four safe harbors generally work as follows:

Experienced practitioners may view that the integration proposals (including the safe harbors) are generally consistent with established market practice and therefore may not significantly alter the structure or timing of most securities transactions.

As explained in our prior client alerts regarding recent Commission and Staff action to expand “test-the-waters” communications in the context of registered securities offerings, the Commission and the Staff have demonstrated consistent interest in facilitating permissible communications between issuers and investors early in the life of a potential securities offering. “Test-the-water” communications currently permit an issuer to engage in oral or written communications with certain eligible investors to gauge potential interest in an offering before or after filing a registration statement for that offering.

The proposed rulemaking would expand the scope of permissible communications between issuers and investors by (i) proposing a new rule to permit the use of generic solicitation of interest materials prior to determining which exemption will be applicable to such transaction, (ii) amending a rule under Regulation Crowdfunding to permit “test-the-waters” activities in a manner similar to permissible activities under Regulation A, and (iii) proposing a new rule to permit certain “demo day” communications that would not be deemed general solicitation or advertising.

The proposed rules would expand the availability of “test-the-waters” communications and allow issuers to solicit indications of interest in an exempt offering without first deciding which exemption will be used to effect the transaction. Issuers that engage in “test-the-waters” communications would therefore still be permitted to engage in a number of different exempt offerings and would not be limited to any specific transaction structure. The proposed rules would also permit an issuer to seek “generic” solicitations of interest from any investor—not only qualified institutional buyers or institutional accredited investors. Certain conditions would apply to generic solicitations, including legends and disclaimers, and generic solicitations would be deemed general solicitation. Moreover, the exemption under the proposal would apply only to the solicitation itself; issuers would therefore still need to ensure that all applicable conditions of the applicable private offering exemption itself are satisfied. In practice, generic solicitations will therefore only be available in the context of exemptions that permit general solicitation (such as Rule 506[c] of Regulation D).

The proposals also provide additional flexibility for so-called “demo day” communications, which would expressly not be deemed a general solicitation or advertising. “Demo day” communications would not require the issuer to take reasonable steps to verify that the ultimate purchasers in an offering are accredited investors (unlike requirements for general solicitation applicable under Rule 506[c]). The proposal would generally permit communications made in connection with a seminar or meeting by a college, university, or other institution of higher education, a local government, a nonprofit organization, or an angel investor group, incubator, or accelerator sponsoring the seminar or meeting.

Certain conditions for “demo day” communications would apply: issuers would not be permitted, among other things, to make investment recommendations, engage in investment negotiations, or charge fees. In addition, advertising or marketing of the event may not reference any securities offering, and information conveyed at the event regarding the offering must be limited to: (i) notification of the planned offering, (ii) the type and amount of securities being offered, and (iii) the intended use of proceeds.

The proposals would also align certain disclosure and “bad actor” disqualification provisions in existing private offering exemptions and registered transactions. For example, the proposals would:

As with any current securities offering, issuers should remain cognizant that other federal and state securities laws remain applicable to offers or sales of securities and communications made in connection with such offers or sales, including anti-fraud and other liability provisions. 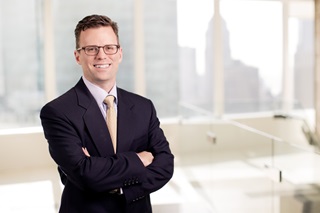