On July 26, 2021, Senator Chuck Grassley (R-IA) and a bipartisan group of co-sponsors introduced the False Claims Amendments Act of 2021, a bill specifically drafted to make it more difficult for defendants in False Claims Act (FCA) cases to defeat a complaint based on the argument that the government or qui tam relator cannot prove materiality. The sponsors of the bill expressly seek to remedy what they describe as “confusion,” and undo “fallout,” from the Supreme Court’s decision bolstering the FCA’s longstanding materiality requirement in Universal Health Services, Inc. v. United States ex rel. Escobar, 136 S. Ct. 1989 (2016). If enacted into law, the bill would undercut a key FCA defense tool by shifting and increasing the burden of proof to defendants who argue that their alleged violations were immaterial to government payment decisions.

The Supreme Court in Escobar affirmed that the FCA includes a materiality requirement—and a “demanding” one at that. 136 S. Ct. at 2003. As the Court reiterated, the FCA is a fraud statute, not a “vehicle for punishing garden-variety breaches of contract or regulatory violations.” Id. Therefore the government, or a qui tam relator, must show that the alleged FCA violation would affect the “likely or actual behavior of” the government in paying the relevant claims. Id. at 2002. The Court articulated a series of non-dispositive considerations to evaluate the effect of alleged violations on government payment: for instance, if the government paid a particular claim, or regularly pays a certain type of claim, in full despite knowledge that certain requirements were violated, that is “strong” evidence of immateriality. Id. at 2003-04. Escobar thus provides defendants with a powerful tool to defeat FCA claims where the government was aware of the relevant conduct and nevertheless continued payment, preventing qui tam relators or the Department of Justice (DOJ) from second-guessing agency payment decisions through FCA suits that would result in punitive treble damages and civil penalties. Numerous federal courts across the country have dismissed FCA actions, or granted motions for summary judgment, because relators failed to carry their burden to adequately plead or prove materiality.

The proposed legislation that Senator Grassley introduced seeks to weaken Escobar’s utility for FCA defendants by essentially shifting the burden of proof on the materiality element to defendants. The bill provides that “the Government or relator may establish materiality by a preponderance of the evidence,” and that defendants may rebut this showing only through “clear and convincing evidence”—in effect, turning materiality into an affirmative defense where defendants bear the burden to show that alleged violations were immaterial. This would impose on defendants a higher evidentiary standard than DOJ or relators must meet to prove any of the affirmative elements of an FCA case. The bill as drafted would apply to both future and pending FCA cases, meaning that it would affect materiality defenses in any FCA cases that are ongoing as of the date of enactment.

Senator Grassley is a longtime proponent of the FCA and the efforts of the relator’s bar who has been highly critical of Escobar and its progeny. In recent months, he has foreshadowed the proposed legislation to curb Escobar’s influence during confirmation hearings of DOJ nominees and on the Senate floor. In prepared floor remarks from March 2021, for instance, Senator Grassley lamented that courts applying Escobar have “made the government’s payment decision in these cases a deciding factor,” and thus allowed “defendants to get away with scalping the taxpayer because some government bureaucrats failed to do their jobs” by not denying payment where appropriate. But interestingly, though Senator Grassley has focused his public statements on Escobar’s substantive treatment of government-payment decisions, the proposed legislation itself does not purport to redefine materiality or otherwise address the Escobar factors or how courts have interpreted them, instead relying on the burden-shifting provision alone to create a higher bar for this defense.

Two other provisions in the proposed legislation are notable because although they do not address the materiality test head-on, they relate to developing trends in post-Escobar litigation. First, the proposed bill provides that in a declined FCA action, the government may move to recoup its expenses in responding to a party’s discovery requests—including costs and attorneys’ fees—and the court “shall” order this relief “unless the party can demonstrate that the information sought is relevant, proportionate to the needs of the case, and not unduly burdensome on the Government.” This provision is undoubtedly a reaction to FCA litigation discovery requests from defendants seeking potential evidence of materiality from government agencies regarding the agencies’ knowledge of, and response to, government contractors’ conduct that gave rise to alleged FCA violations. It is not clear how this provision may affect FCA litigation in practice, though, as it mirrors the basic limits on discovery that already exist in Federal Rule of Civil Procedure 26. Moreover, the heightened “clear and convincing evidence” standard for materiality discussed above would seem to amplify rather than reduce the justification for taking robust discovery directly from government agencies to meet a defendant’s burden to defeat materiality.

Second, the bill addresses DOJ’s longstanding authority to dismiss non-intervened FCA actions under 31 U.S.C. § 3730(c)(2)(A). Interest in DOJ’s infrequently used dismissal authority rose with the release of the internal DOJ “Granston Memo” in early 2018, in which the director of the DOJ Civil Fraud Section advised DOJ attorneys to consider moving for dismissal of FCA qui tam suits that are, for instance, contrary to agency policy or costly to the government—including with respect to discovery costs. In one recent high-profile case, the court granted the government’s motion to dismiss an FCA complaint in part because it sought to avoid “extensive” discovery on materiality, an element on which the government acknowledged the relator’s case was already weak. See United States ex rel. Campie v. Gilead Sciences, Inc., 2019 WL 5722618, at *7-8 (N.D. Cal. Nov. 5, 2019). Almost every court to consider disputes over such dismissals has held that the government enjoys nearly unfettered discretion to dismiss FCA claims on its own initiative. Senator Grassley’s proposed legislation would flip that balance, placing the burden on the government to demonstrate the reasons for dismissal, and giving the relator an “opportunity to show that the reasons are fraudulent, arbitrary and capricious, or contrary to law.” The provision would have limited practical effect for individual cases given how rarely DOJ exercises its (c)(2)(A) dismissal authority—it dismissed approximately 50 qui tam actions in the two years after the Granston Memo’s release —but it reflects the co-sponsors’ clear disagreement with the courts’ treatment of the dismissal provision to date and offers another avenue to tip the balance in relators’ favor.

That Senator Grassley introduced a bill favoring relators’ and DOJ’s pursuit of FCA actions should come as no surprise, given his career-long focus on expanding the FCA as a tool to combat alleged fraud against the government. Indeed, he spearheaded the 1986 amendments that modernized the FCA and provided enhanced incentives for relators and their counsel to pursue FCA claims on a contingency basis. With Grassley in the lead and a slate of bipartisan co-sponsors—Republican Senators Wicker (R-MS) and Kennedy (R-LA), Democratic Senator Leahy (D-VT), and Judiciary Committee Chair Durbin (D-IL)—this bill has a real chance of passing, particularly if Grassley’s sponsorship mobilizes additional Republicans to add their support or, equally important in a 50-50 Senate, to remove their opposition. And it was introduced at an opportune time, in the wake of unprecedented levels of government spending on COVID relief. The bill’s co-sponsors have already seized on curbing fraud, waste, and abuse in COVID-related programs as reason to ease relators’ ability to maintain FCA suits, which may be an attractive justification to other lawmakers as well. Passage of this legislation would make it much more challenging for defendants to deploy a significant defense against DOJ and relator-led FCA cases, except in cases where the evidence of government knowledge and payment behavior is sufficiently strong to meet the heightened evidentiary standard.

This memorandum is a summary for general information and discussion only and may be considered an advertisement for certain purposes. It is not a full analysis of the matters presented, may not be relied upon as legal advice, and does not purport to represent the views of our clients or the Firm. David J. Leviss, an O'Melveny partner licensed to practice law in District of Columbia and New York, and Amanda M. Santella, an O'Melveny counsel licensed to practice law in District of Columbia and Maryland, contributed to the content of this newsletter. The views expressed in this newsletter are the views of the authors except as otherwise noted. 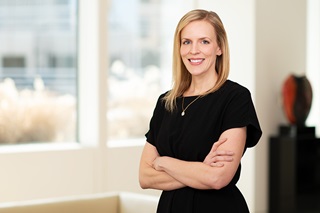